Ghost are treating fans to two new songs as they launch their North American headlining tour. After unveiling “Kiss the Go-Goat” on Thursday morning, the band has followed up with “Mary on a Cross”.

Both tracks make up the new “Seven Inches of Satanic Panic” vinyl release, with “Kiss the Go-Goat” as the A-side and “Mary on a Cross” as the B-side.

“Mary on a Cross” has a distinctly ’60s psychedelic rock vibe, going along nicely with some “history” the band has created behind the two new songs. The “Seven Inches of Satanic Panic” vinyl is said to originally be released in 1969 during the first incarnation of Ghost, and the new release is being promoted as a 50th anniversary reissue.

“Seven Inches of Satanic Panic” is currently available for order digitally and physically. Listen to “Mary on a Cross” below, followed by the video for “Kiss the Go-Goat”. 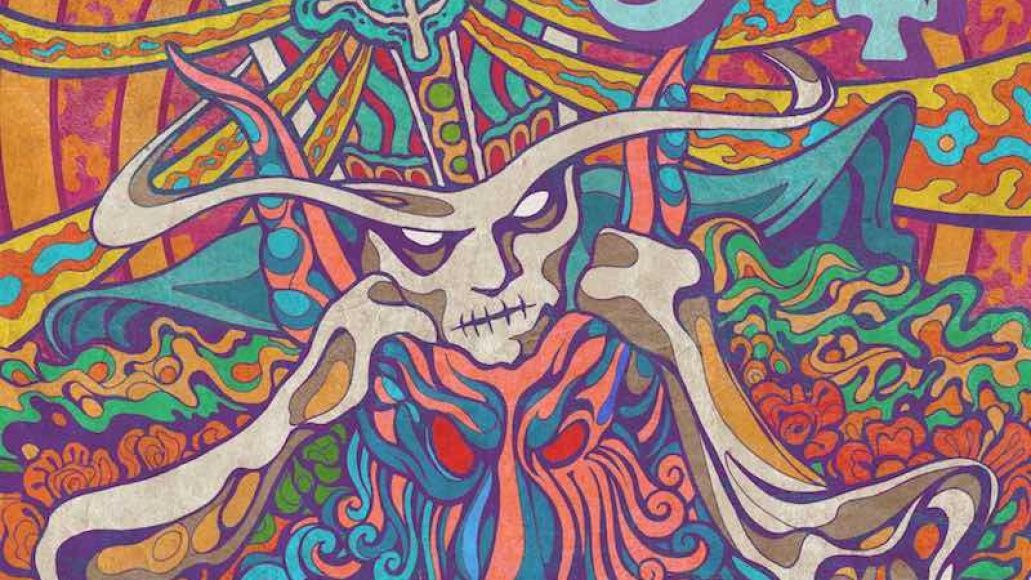