It’s official: Green Day, Weezer, and Fall Out Boy are coming together for a collaborative tour.

The “Hella Mega Tour” launches in June with a leg of European and UK shows, followed in July and August with dates across North America. The itinerary consists primarily of ballpark shows across the US, including dates at Dodger Stadium in Los Angeles, Wrigley Field in Chicago, Citi Field in New York, and Fenway Park in Boston.

Tickets to these dates go on sale to the general public beginning Friday, September 20th at Ticketmaster. According to a press release, additional shows will be announced in the near future.

As a preview of what’s to come, Green Day, Weezer, and Fall Out Boy will perform an intimate show at the Whiskey A Go Go in Los Angeles later tonight (September 10th). What’s more, all three bands will take a turn playing Jimmy Kimmel Live, beginning tonight with an appearance from Weezer. Fall Out Boy will follow on Wednesday and Green Day will hit the stage on Thursday.

To coincide with the tour’s announcement, Green Day and Weezer have also announced the release of new albums. Green Day’s 13th LP, Father Of All…, is due out on February 7th, 2020 and is being previewed today with the album’s title track/first single. Weezer, meanwhile, will release their latest album, Van Weezer, in May 2020; take a listen to its first single, “The End of the Game”. As for Fall Out Boy, they’re putting out a new compilation record, Greatest Hits: Believes Never Die – Volume Two, on November 15th. The collection includes a new song called “Dear Future Self (Hands Up”).

See the full itinerary below, and find tickets to all of the upcoming dates here. 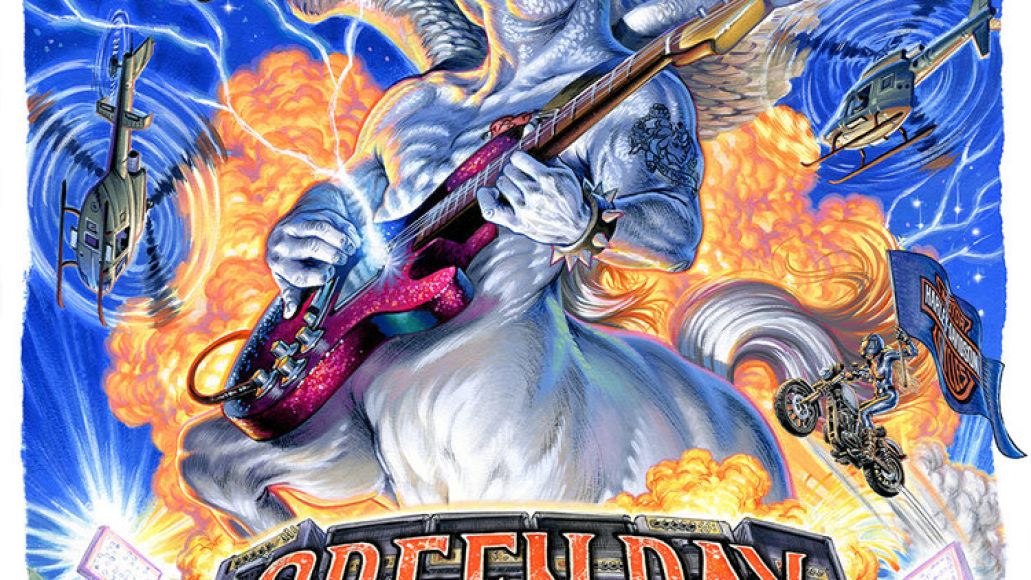