Hiss Golden Messenger has today delivered his 11th (!) full-length effort, Terms of Surrender. Out via Merge Records, you can stream the entire thing below.

Asked to dig deep into the messages and meanings behind Terms of Surrender, Taylor is careful in his words. In a statement, he tells Consequence of Sound,

“I was talking to my friend Joe Henry the other night and we were discussing how we’ve both tried, in our separate ways, to make music that is impossible to categorize. He said — and I’m sorry if I mangle this badly, Joe — that the path that can be named is not the path. That rang a bell in me.

In the last few years, there seems to have been a movement towards total explication and immediate understanding. An artist releases an album and explains, in great detail, what each song is about, sometimes even footnoting the lyrics. I understand the pressure that demands that every last note be revealed. But I’ve always preferred mystery. And as a listener, I want to make my own way into a record, at my own pace. So I’m going to try to walk the line here. I don’t have any interest in lining out Terms of Surrender more than to say it was made during a time of trouble in my life that I’m still sorting out. But the turmoil that I experienced is, I think, probably universal. You’ll hear it and you can decide. If you feel it, then you feel it.

There have been several songs released from this album, but it’s the tunes that don’t really work as singles, like ‘Bright Direction’ or ‘Down at the Uptown’, songs either too slow or too introspective, that are the connective tissue and animating spirit of this record. Of course, I hope you find some connection and hope in them all.”

Stream the entire effort below, followed by Taylor’s gracious Track by Track breakdown of the LP. You can also get tickets to Hiss Golden Messenger’s upcoming concerts here.

“I Need a Teacher”:
This is a song that I’ve discussed in detail elsewhere. I’ll say it’s a song about maps, and ask that you watch the video. (Editor’s Note: See the clip below.)

“Bright Direction”:
I believe the title comes from John Steinbeck’s To a God Unknown, but someone would have to verify that. I listened to a reference mix of this while driving out of Marfa on a bit of LSD and I felt like we got it right. I have to credit Matt McCaughan for the very last line: “We’re in deep shit now.”

“My Wing”:
The first song I wrote that I knew was going to be on Terms of Surrender. I was staying in a cottage on a big, beautiful, empty hill in Arrington, Virginia, and I was on mushrooms. I realize that hallucinogens were mentioned as part of the process in the last song too. That’s just a coincidence. Anyway, I was standing on this lonely hill at sunset and heard the voices of children and went in and wrote this song very quickly.

“Old Enough to Wonder Why”:
This started as a sketch and stuck with me throughout the period I was writing Terms of Surrender. It was never as fully-baked as many of the other songs I was writing—many of which didn’t even make it onto the record—but there was a wandering spirit to this tune that was demanding it be on the record. Who was I to deny that? This is a song we did a lot of work on at Sound City so this song reminds me of Los Angeles.

“Cat’s Eye Blue”:
This is one of my favorite songs that I’ve recorded as Hiss Golden Messenger. I sing a lot about fathers on this record. “Is this wicked word too bad to be spoken? You let the heart attack in; one taste and it’s broken.” This song was sung one time and that was it. The whole recording was probably finished in 15 minutes. Aaron Dessner plays the piano here and also on “Terms of Surrender” and it’s really quite gorgeous, I think.

“Happy Birthday, Baby”:
Another song that I’ve talked a lot about elsewhere. The day my daughter was born, there was a huge storm here in the Piedmont of North Carolina; the ditches were boiling over with rainwater as my wife and I made our way to the hospital. Ione has carried some of that stormy spirit with her.

“Down at the Uptown”:
When I moved to San Francisco in 1998, many of us hung at a dive called the Uptown at 17th and Capp. I’m pretty sure it’s still there. Back then that neighborhood was dangerous, a lot of prostitution and guns, but through those doors was a bohemian world that invited me in, made me check myself, see if I had the stuff to live the life. A lot of promises were made there, some made, some broken. People that were around the Mission District back then know this place, if they’re for real.

“Katy (You Don’t Have to Be Good Yet)”:
There is some autobiography here, as well as some Wendell Berry.

“Whip”:
This song came from a minute long groove that we played in a rehearsal space many years ago that I’ve been trying to recreate ever since. There’s something of Blind Willie Johnson’s “God Moves on the Water” here. But this: “I was tired of the whip. Don’t you get it? Don’t let it in. It’ll change you. Tired of the chains that seem to bind us. Link by link. Yard by yard. Child, my child, don’t be so hard.” Is that the thesis of this record? 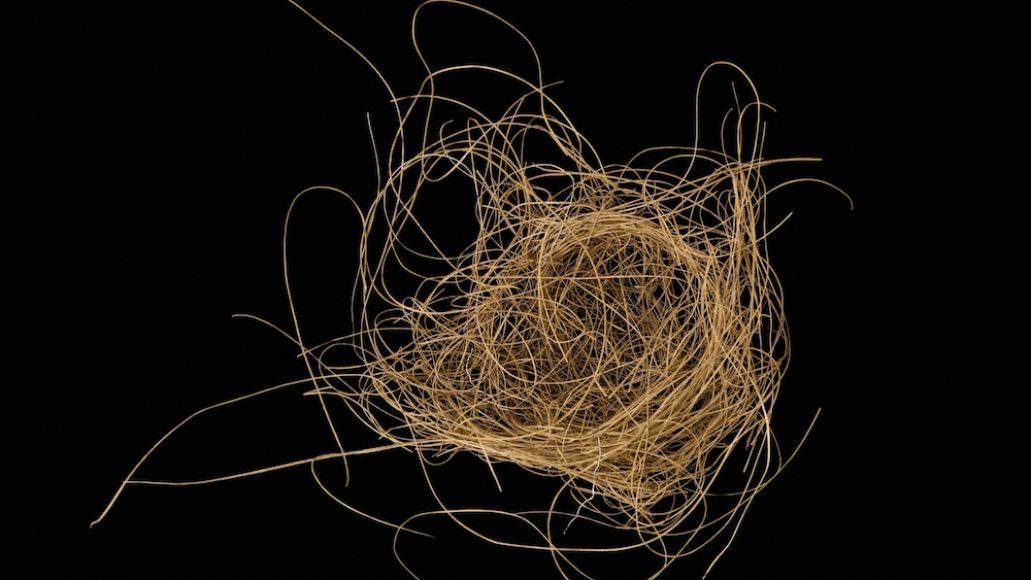 “Terms of Surrender”:
I wrote this song with my dear friend Josh Kaufman. Cowriting for Hiss records is not something I do a lot of. This one was finished very quickly and I knew that it was going to have a central place on whatever record I was about to make. I am proud of the line: “I’m gonna give it, but don’t make me say it. It’s one thing to bend it, my love, and another to break it.” Let me have that.