Jeff Goldblum is making good on his Glastonbury promise: today, he’s formally announced his new album, I Shouldn’t Be Telling You This. The follow-up to last year’s The Capitol Studios Sessions is due out November 1st via Decca Records.

Once again, the album finds him paired with his Los Angeles jazz band the Mildred Snitzer Orchestra, only this time he’ll have some iconic voices to help him out in Sharon Van Etten, Fiona Apple, Anna Calvi, and Gina Saputo.

He’s previewing the record with the Van Etten-featuring “Let’s Face the Music and Dance”, a duet they performed together at Glastonbury, if you recall. Stream the full studio performance below and try not to spill your champagne.

Goldblum and the Mildred Snitzer Orchestra are actively touring, and you can find tickets to their upcoming dates here.

I Shouldn’t Be Telling You This Artwork: 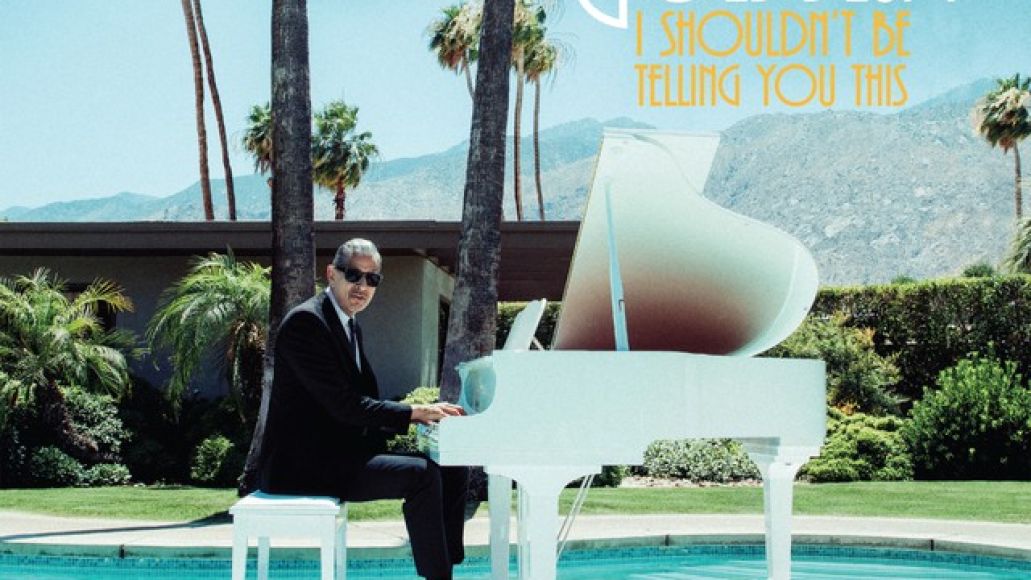