Refused are heading to the States in support of their upcoming album, War Music. The Swedish hardcore band will hit the road for an early 2020 North American tour with support from Youth Code and Metz.

The politically charged band takes aim at Donald Trump in the tour’s poster artwork, which appears to depict the president as a misogynistic, gun-loving version of late punk icon GG Allin.

The illustration of the orange-skinned shirtless Commander in Chief sports a dog collar and a pad-lock earring to go along with tattoos reading “Grab by the p*ssy” and “Guns”. Also branded on his chest is Allin’s signature “Live Fast Die” tattoo, as bullets fly around him. View the poster below.

The tour appropriately kicks off February 21st in Washington, DC, and runs through a a March 9th show in Los Angeles. Youth Code will be along for the whole ride, while Metz will join both bands for the West Coast dates. Pick up tickets here.

Refused’s War Music album arrives on October 18th, and has been preceded by the singles “Blood Red” and “REV001”. Pre-orders for the album are now available. 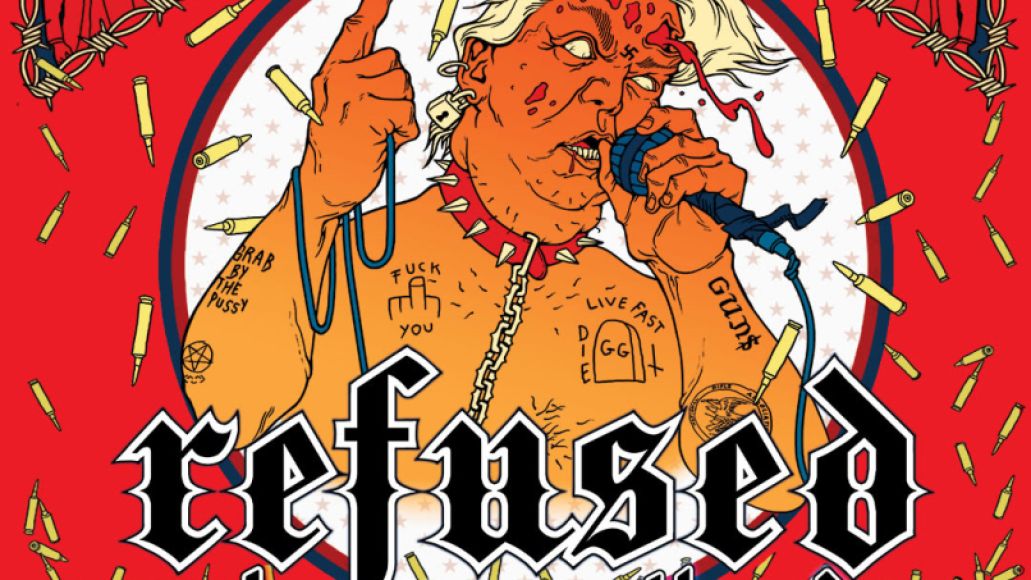