Greenwood’s appearance consisted of three classical works, as Pitchfork points out. He started with a portion of his own “Miniatures from Water”, followed by his rendition of Bach’s “Partita No. 2 in D Minor”. Closing the mini set was a “fast” version of his original arrangement “88 (No. 1)”, which Greenwood previously said he planned to release some day via Octatonic.

(Read: Ranking: Every Radiohead Song from Worst to Best)

Stream the full Maida Vale session over on BBC Radio 6’s website (scroll to the 1:34:10 mark). 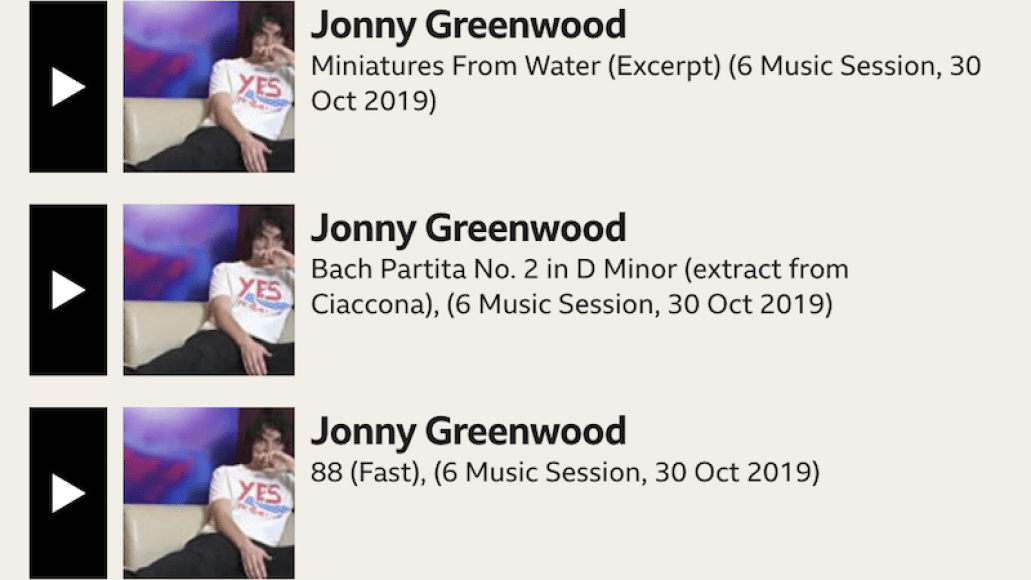 Octatonic’s first two releases, Greenwood’s “Three Miniatures from Water” and Bach’s “Partita No. 2” as performed by Daniel Pioro, hit streaming platforms last week and can be heard below.

“I’ve decided to start documenting the musicians I encounter in the contemporary classical world,” Greenwood said of his decision to start a label. “Since doing my first soundtrack, I’ve become friends with lots of these remarkable musicians, as well as more familiar with the music they play. It’s a whole world out there.”

“I hope these recordings encourage more people to see live classical music, and to take an interest in the featured artists,” he added. “And, whilst a recording can only ever be an approximation of the real thing, I’m going to work hard to produce recordings that encourage you to see this music as something vital and passionate.”