The White Stripes officially called it quits just over eight years ago. However, the band took its final bow onstage four years prior with a Mississippi show in 2007. Now, audio footage from that last concert has finally made its way online and is available to stream and download.

The now-historic show took place July 31st in Snowden Grove, right near the border between Mississippi and Tennessee. Over the course of a few hours, Jack White and Meg White tore through 24 songs in total, including “Icky Thump”, “As Ugly As I Seem”, “Wasting My Time”, “John the Revelator”, and “Death Letter”. The garage rock duo ended the evening — and ultimately their live performance history — with Leadbelly’s traditional blues song “Boll Weevil”. 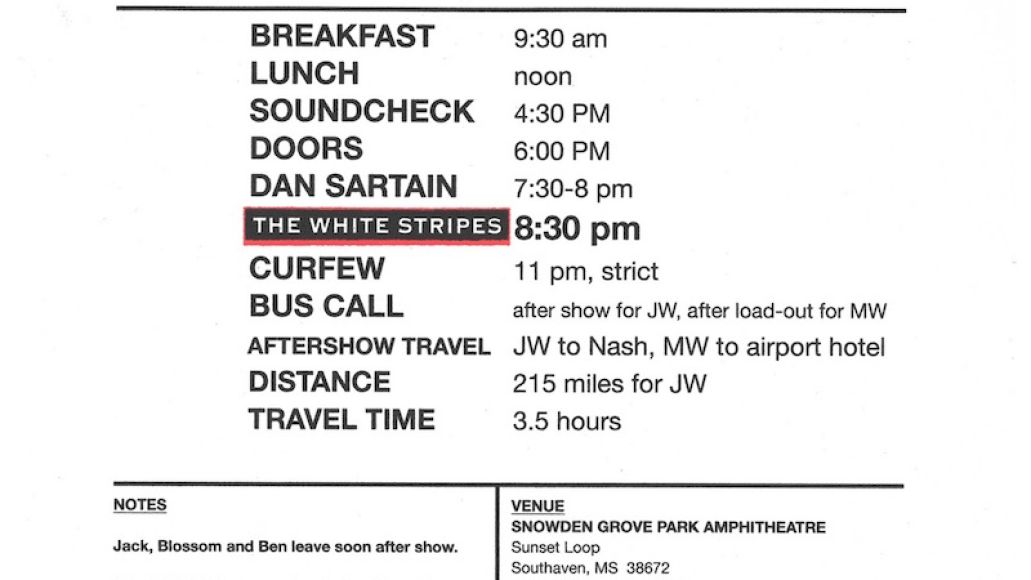 Most people weren’t aware the set would be The White Stripes’ final one ever. Third Man Records’ Ben Blackwell, who also serves as an archivist for The White Stripes, found out only minutes before Jack and Meg took hit the stage that evening.

Blackwell then moved quickly to grab whatever documents and ephemera he could. He also made sure to scribble down the setlist and take note of particular moments throughout the concert. 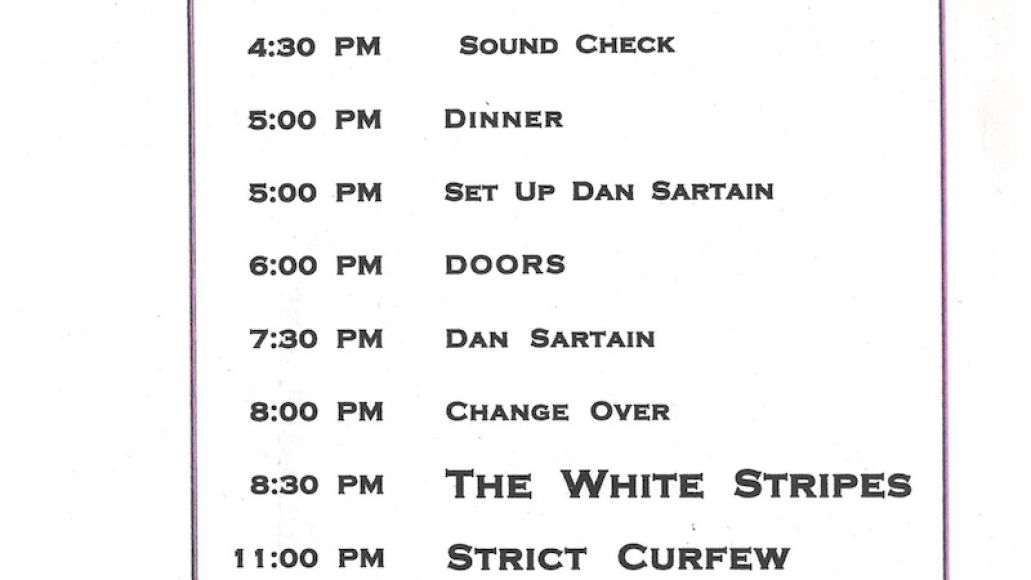 Reflecting on the Snowden Grove show left Blackwell palpably sentimental. “After re-listening to this show for the first time in ages, I feel like only now have I fully absorbed the enormity of that line,” he wrote. “Frankly, it just hit me like a freight train to the chest. I was caught entirely off-guard. I couldn’t help but be moved to tears.”

Download and stream White Stripes’ final concert over on Nugs.net. It is the latest release from Third Man Records’ new live Nugs archive.

In related news, White recently celebrated the 20th anniversary of the Stripes’ debut album with a companion release. He’s next headed out on tour with The Raconteurs this fall in support of their first album in 11 years, Help Us Stranger. Purchase your tickets here. 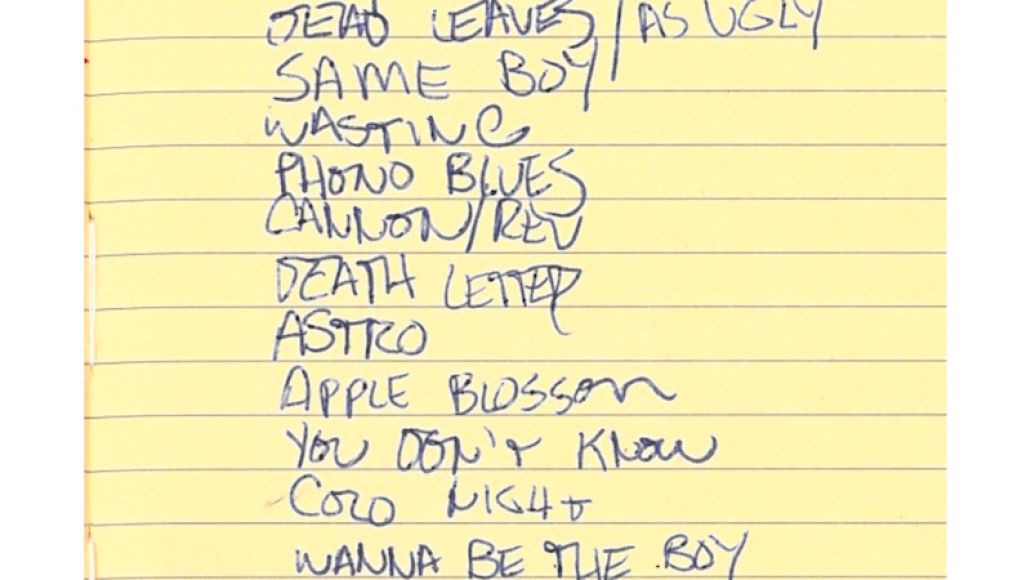