Three years ago, Swans released what was heralded as their final album, The Glowing Man. However, frontman Michael Gira went out of his way to consistently clarify the effort was only the last from the project’s then-current incarnation. True to his word, Gira has revitalized the Swans name for a new LP, Leaving Meaning, which is being previewed today with the lead single “It’s Coming It’s Real”.

And they are far from alone. Larry Mullins (The Stooges, Nick Cave and The Bad Seeds); Angels of Light’s Dana Schecther, Larry Mullins, and Cassis Staudt; The Necks members Chris Abrahams, Tony Buck, and Lloyd Swanton; A Hawk and a Hacksaw’s Jeremy Barnes and Heather Trost; composer Ben Frost; and Gira’s wife, Jennifer, can be heard in various capacities throughout Leaving Meaning.

Speaking in a press release about this massive collaborative effort, Michael Gira says,

“Swans is now comprised of a revolving cast of musicians, selected for both their musical and personal character, chosen according to what I intuit best suits the atmosphere in which I’d like to see the songs I’ve written presented. In collaboration with me, the musicians, through their personality, skill and taste, contribute greatly to the arrangement of the material. They’re all people whose work I admire and whose company I personally enjoy.”

As a first taste of what this loosely defined Swans lineup can do, Gira has shared the new single “It’s Coming It’s Real”. The track has a carefully layered mosey to it, like a lone ranger shuffling around a campfire. As the flames build, so does the music, becoming something of a creeping boom. Take a listen below.

Below, find the Leaving Meaning artwork and tracklist, as well as an image featuring all of the record’s contributors. 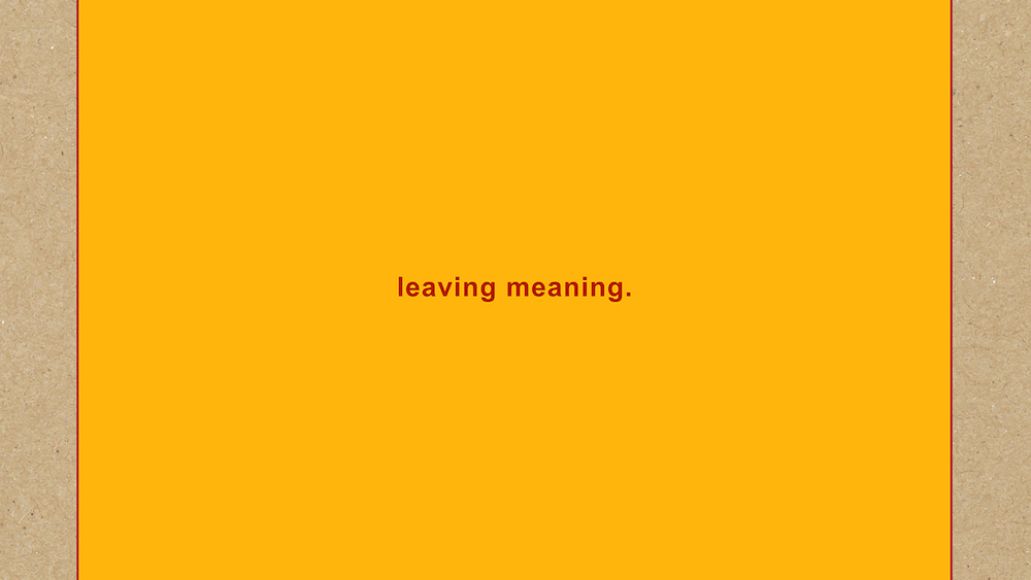 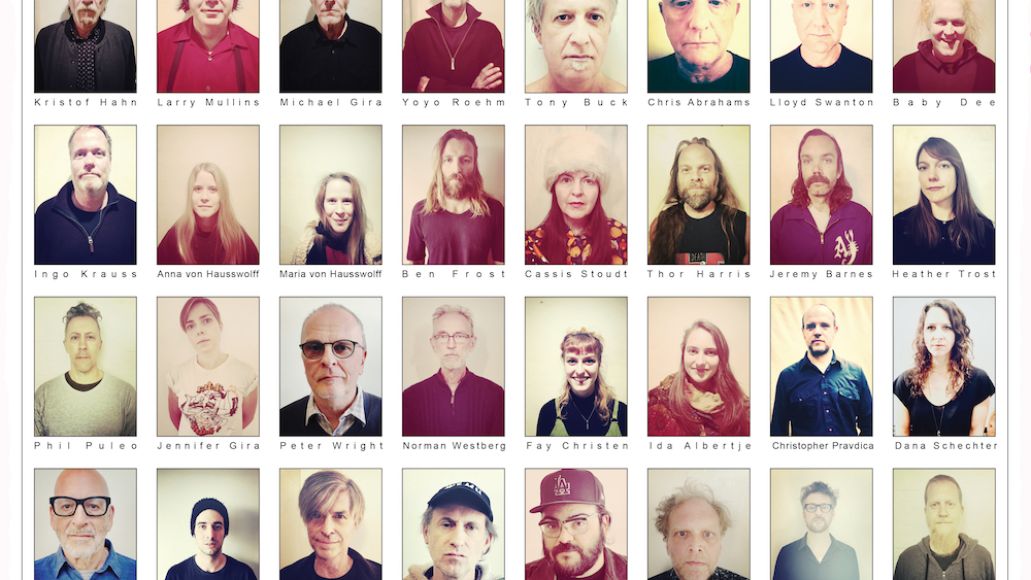