For a certain generation of Democrat, The West Wing is the way America should be run. From 1999 to 2006, over the course of seven seasons and 156 episodes, Aaron Sorkin’s political drama offered the idealized fantasy of a calm, steady, liberal presidential administration doing its best to help the American people amid a sea of difficult political calculations.

Twenty years after its debut, it’s not hard to see why The West Wing has maintained such a hold on the American political consciousness. It won two Peabodys, 26 Emmys, and a host of other accolades, and enjoyed high ratings during its first four seasons. It cost $3 million per episode to produce, feature-quality production values coating its A-list actors in cinematic lighting and filling their mouths with Important Words about Democracy.

The West Wing was competence porn at its finest, a slick, stentorian blanket around which we could wrap ourselves and say, “if only it was like this in real life.” If only we knew how good we had it. If the events of the last three years have taught us anything, it’s that the dream of a Josiah “Jed” Bartlet (as played by Martin Sheen) presidency was just that: a dream. In fact, I daresay The West Wing utterly failed to prepare the country for the realities of our modern political system. At its worst, it may have even heralded them. 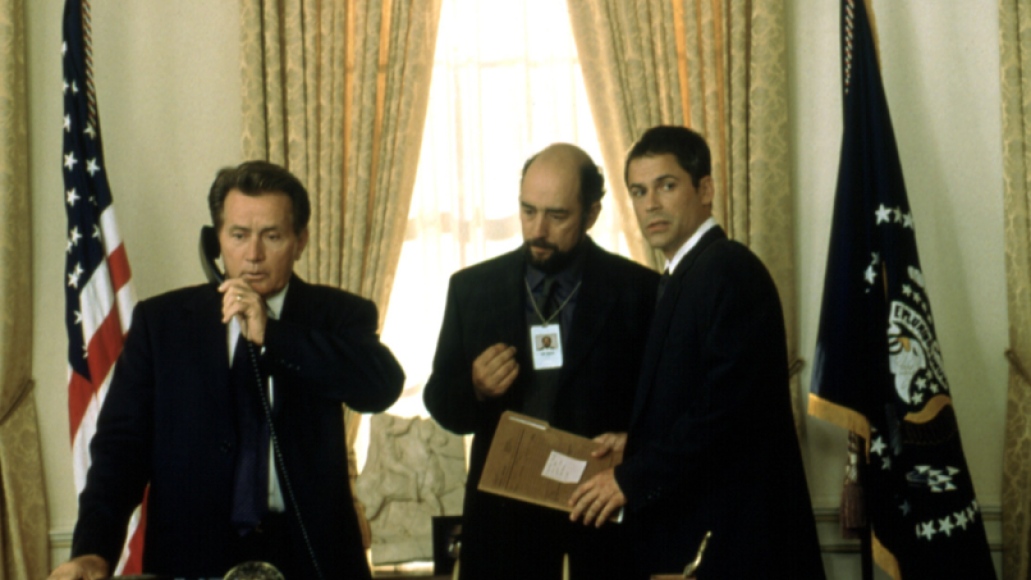 Picture the White House of The West Wing: busy, well-lit, filled with serious-minded people pacing the halls passing papers around, their Windsor-knot ties bouncing against their white Oxford-cloth shirts, their sleeves rolled up because, of course, they have to get the real work of the American people done. The President furrows his brow as he tells off a Republican senator about gun control or abortion rights, firing off an articulate, facts-based tirade so persuasive and powerful it could only come out of the mouth of a screenwriter.

Under the pen of Aaron Sorkin, the messy world of American politics seems solvable. Maybe that’s why we like it so much. Sure, from a formal standpoint the show is also a stellar showcase for some great writing, performance, and TV direction. Make no mistake; despite everything I’m about to write in this piece, I love The West Wing, and I love watching it. But all of that incredible, awards-hogging craftsmanship is in service to a tale about how great it would be if we could appeal to our better natures as Americans, if the hard-fought struggles of the American people could be at least worked toward, if not outright accomplished.

Looking back on The West Wing now, that sentiment feels positively quaint, a portrait of the kind of assured, knowledgeable political leadership we crave in an uncertain, politically toxic universe. A day in Donald Trump’s world brings about a season’s worth of West Wing plot points, from incendiary rallies demonizing the press and political opponents to a crumbling administrative staff with a record-high turnover to kleptocracy and corruption so blatant the president’s lawyer blurts out an admission on live TV and no one does a thing. The kind of rhetorical slip Sarah Huckabee Sanders used to offer every second she was on the podium would comprise an entire subplot for Allison Janney’s C.J. Cregg if she did it once.

Escape to the West Wing

After the 2016 election, many disappointed voters turned to The West Wing for a much-needed escape. Google Trends showed a huge spike in searches for the show after both the election and Trump’s inauguration, and many a tweet has been made waxing nostalgic for the sunny, steady fantasy of the Bartlet presidency.

I get it, believe me, I do. Every day in the Trump era is a race to the bottom of the same democratic norms The West Wing upheld, like the idea of politics as an altruistic venture or administration officials sternly working for the betterment of all with little thought to their own personal enrichment. The grim realities of political glad-handing, power for power’s sake, and self-enrichment rarely, if ever, reared its ugly head, and certainly not among the brave, perfect heroes we followed each week. In an age where we can’t go four hours without hearing about the new way our president has embarrassed us on domestic, international, and moral stages, we need a ripcord. Paradoxically, The West Wing allows us to not worry about politics for a little while.

But that’s the insidious problem of wanting the world to be like The West Wing. It turns out we do need to pay attention to politics on a daily basis. The price of freedom is eternal vigilance after all, and our complacency is what has led us to the atrocities at Citizens United, Sandy Hook, the Charlottesville march, Donald Trump. We can’t count on a Jed Bartlet by to come along and play designated driver to our democracy. We need to pay attention and act, in whatever means we can muster.

“That’s my position. I just haven’t figured out how to do it yet.”

Of course, as much as Bartlet and The West Wing is chum in the water for more left-leaning people, it succumbs to a lot of the center-left thinking that got us here in the first place. For Bartlet and his staffers, no problem is too big, no political divide too great to bridge. Politics is hardball, but it isn’t mean; Democrats and Republicans sit down for scene after scene of impassioned, quick-witted barbs about fiscal responsibility or seeing to the needs of a forgotten Midwest base. Fair play is the norm, and capitalism is an unequivocal, unquestioned good.

Take this exchange from the first-season episode “Lies, Damn Lies, and Statistics,” in which Jed and David Huddleston’s Republican Senator Lobell find an uneasy peace in a deal on campaign finance reform:

Bartlet: We agree on nothing, Max.

Senator Lobell: You know why?

Bartlet: Yes, you are.

Senator Lobell: We agree about that.

There’s certainly a contingent of people who’d rather see us come back to that time of political bipartisanship, the idea that if we could just sit down with our political opponents, we could find some common ground.

But that’s a very 2000s way of thinking, one dashed to bits by Trumpism and an entire online apparatus designed to troll, confuse, and disorient anyone looking for simple, unassailable truths everyone can share. The left and right are living in two different realities now with their own sets of facts, and no amount of Bartlet-ian pontificating can make us budge. It might even make things worse.

Part of the rise of this new, spicier breed of American neoconservatism stems from resentment towards the so-called ‘elites,’ the upper-crust Ivy League political dynasties and so-called “Washington insiders” who have earned the ire of the working-class American. (Trump’s one of them, don’t get it twisted, but his crassness and braggadocio have allowed him to spin his brand into a man of the people, albeit one who used to live in a literal golden tower.) 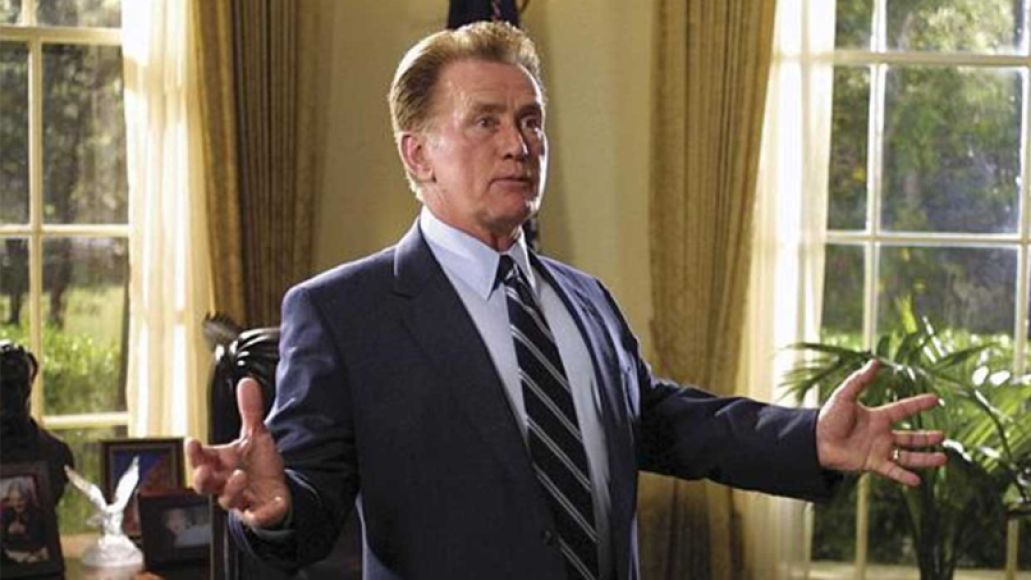 Jed Bartlet’s sparkling, collegiate oratory and lofty, statistics-based ideas would fall on deaf ears in the deepest, poorest parts of Trump country. And there would be a whole news network dedicated to tearing him down over the slightest gaffe. Take a look back at The West Wing’s cast of groomed, polished, lifelong politicians like smarmy Fulbright scholar Josh Lyman (as played by Bradley Whitford) and UC Berkley grad C.J. Cregg and tell me that contingent of voters would think twice about booting them right out of office, no matter their intentions.

For many, the illusion of bipartisanship is gone. Trump threw out the rulebook many of us played by, exposing the feebleness of decorum in an age where administration officials just do blatantly evil stuff in broad daylight and say, “what are you going to do about it?”

We just weren’t prepared for that level of nastiness in 2016. As we ramp up to a 2020 presidential run, it feels like we’re still not ready.

What Sorkin and The West Wing didn’t count on is that no one like Jed Bartlet really exists. Even if he did, we might not want him to be President.

As the 2020 race heats up, Joe Biden sits comfortably in the lead (though less and less so every day) for the Democratic nomination. We can assume this is because of his association with the comparatively-sunny years of the Obama presidency, an era of cool-headed administrative certitude often likened to the glory days of The West Wing. Hell, presidential candidate (and later President) Matt Santos (Jimmy Smits) was, according to executive producer John Wells, “based on Obama before Obama was Obama.”

But in this age of ‘fake news’ and political frustration, that’s not enough. His frequent gaffes and poorly-aged record often put him well behind some of his more progressive running mates, and many are simply exhausted by the idea of a return to the political establishment. After all, the secret to Trump’s success was a promise to shake up the system, which he certainly has (to oft-disastrous effect). The American public desperately craves a grownup in the room, to be sure, but settling for that alone feels like taking a step backward in this unprecedented (or as Trump himself would write, ‘unpresidented’) time in modern politics.

The solution isn’t to bring back Bartlet. It’s to go even further than he ever could. We don’t need to get back to how things were, we simply can’t recork that particular bottle. Instead, we have to do something that not even Bartlet could do in seven years of Sorkin-penned television: make bold, demonstrative changes to the country to improve the livelihoods and dignity of all Americans. 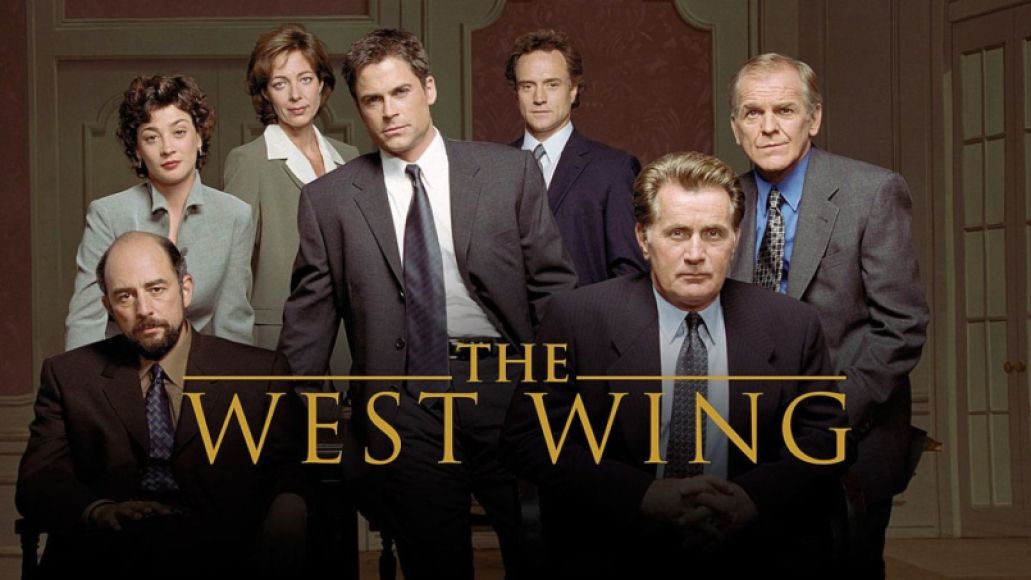 The leftward swing of the House in the 2018 midterms is evidence of this verve for real, progressive solutions to working-class problems, Medicare for all, getting money out of politics, raising the minimum wage. They may not be perfect solutions, but they’re the kind of big swings you won’t get with the sort of mealy-mouthed centrism an Aaron Sorkin show might champion. After all, Sorkin himself rankles at the kind of idealism the new members of Congress bring to the table, as evidenced by his acerbic call for them to “stop acting like young people,” a profoundly paternalistic sentiment of a type one might expect from a Sam Seaborn (played by Rob Lowe) diatribe.

Instead of looking back at Martin Sheen, gazing thoughtfully out the White House window in the show’s opening credits, let’s look ahead to see what more we can accomplish with bolder ideas and a greater willingness to fight for our values. In the words of Jed Barlet railing at an angry God in “Two Cathedrals,” we’ve ‘got Hoynes’ (Bartlet’s ill-suited, scandal-laden VP played by Tim Matheson), but we don’t have to keep him.

The West Wing Failed Us