This October, Tool will support their long-awaited new album Fear Inoculum by embarking on their most expansive US tour in years. If ever there was a legitimate excuse to cut class for a concert, this is the one. Luckily, a 12-year-old student from Louisiana has received permission to do just that.

Over on Tool’s reddit, the student’s father shared an email he received back from his band director, granting his son permission to miss an upcoming class so that he can attend Tool’s concert. “If there is, TOOL is a GOOD reason to miss it,” the teacher responded. “My only response, take me with you guys!”

“I am super jealous that he will have the opportunity and I will not punish him for missing for TOOL,” the teacher added, before asking, “Do you like their new album?”

Tool’s 26-date outing kicks off in mid-October and features Killing Joke in a support role. Tickets go on sale Friday (September 6th) and you can get them here. 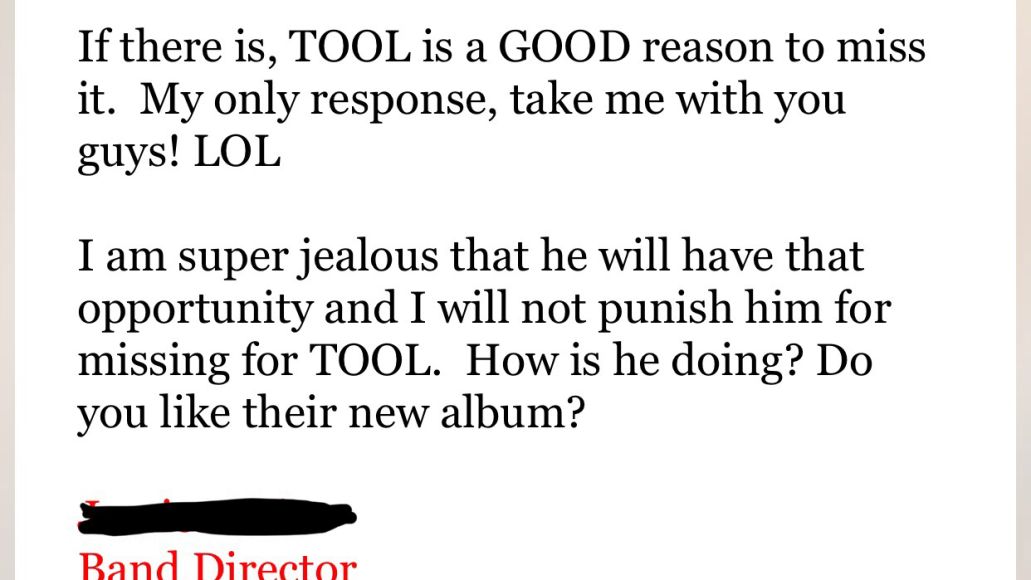