The Pitch: “I’m going to be president of the United States,” declares Payton Hobart (Ben Platt), the ambitious, high-strung, well-tailored enigma at the heart of The Politician. The adopted black sheep of a wealthy Santa Barbara family, Payton has had his entire life story planned out since he was seven: get elected student body president, go to Harvard, marry his high school sweetheart Alice (Julia Schlepfer), and continue to climb the political ladder until he snags the highest office in the land.

None of this can start, though, until he accomplishes the first goal: becoming student body president. After all, it’s the victory upon which all his subsequent victories will be built. And right from the get-go, this particular race throws him all manner of curveballs, from his former lover River (David Corenswet) running against him, to River taking his own life, and River’s girlfriend Astrid (Lucy Boynton) using the momentum of grief to run in his place.

Driven by his ambition and unfettered entitlement, however, Payton goes to extraordinary measures to chase victory, which includes bringing cancer-stricken sympathy magnet Infinity (Zoey Deutch) onto the ticket — a girl who may have her own career-ending secrets up her sleeve. 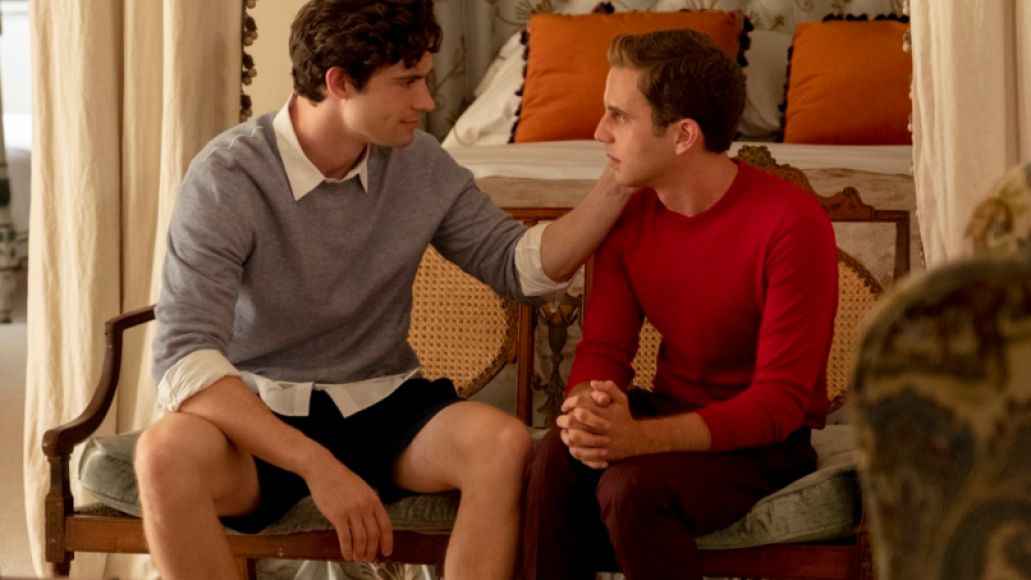 All Things Go: The Politician is the one-millionth show to come from Glee, American Horror Story, and Pose mind Ryan Murphy, and the first of his whopping $300 million deal with Netflix. As a bellwether for the coming onslaught of Ryan Murphy Content™ set to flood our streaming boxes, it makes sense that The Politician is one of the most Peak Ryan Murphy shows to date. It’s campy, aesthetics-obsessed, and more than a little bit queer — and where else are you going to find a series where the guy from Dear Evan Hansen plays Jared Kushner with Scruples?

What a screen debut it is for Platt, calibrating his shy neuroticism from Dear Evan Hansen into the kind of smarmy, know-it-all twerp whose moral and personal certitude ruffles more than a few feathers. As Payton, Platt is a dead-eyed cross between Tracy Flick and Patrick Bateman, a self-professed sociopath who strains against any obstacle that might upset his well-choreographed life plan. His speech is clipped and deliberate, his stride stiff and confident; Platt plays up Payton’s abrasiveness while allowing us to get the intermittent glimpse into his frantic, uncertain psyche. Like one of Springsteen’s tramps, he was born to run, but the show pointedly gives him little purpose behind his aspirations besides accruing power for power’s sake. Dialogue alludes to him being “not a good person, but [wanting] to do good things” — the kind of political animal we’re supposed to appreciate because he might do what we want along the way.

As with the rest of the show, Payton’s character has a rough road to walk throughout The Politician‘s first season. Not all of it lands; Payton’s singing ability, for instance, feels like little more than a pretense to let Platt fall back into his musical comfort zone whenever the story can’t quite decide whether he’s a force for good or evil. At its best, Platt, Murphy and co. thrive in that messy complication; at its worst, Payton himself gets lost in the noisy aesthetics. 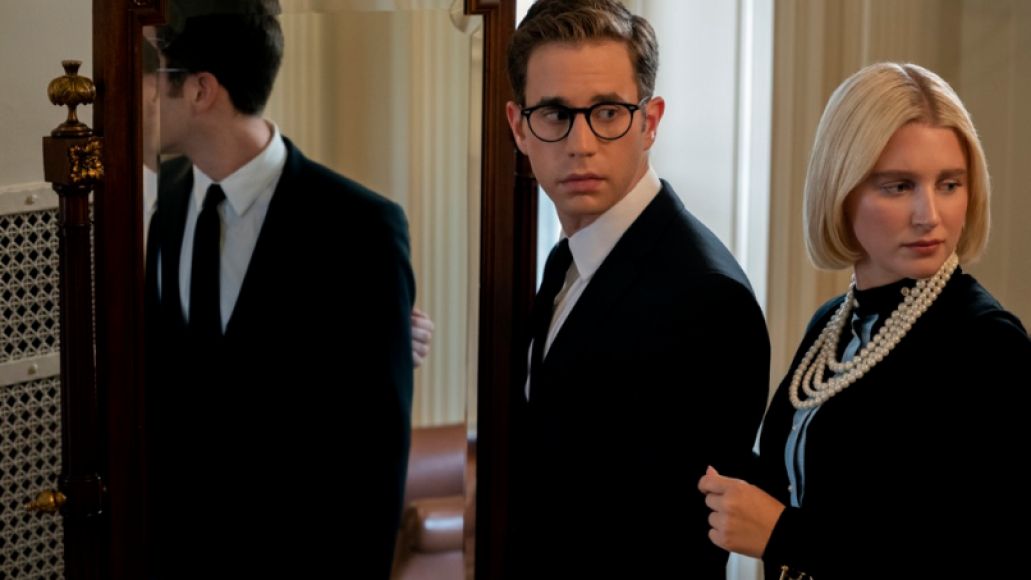 Voter Oppression: Saint Sebastian High is a petri dish for cute jabs at performative wokeness — from anti-suicide vigils as bully pulpits to score political points to the feeble green measures Payton suggests to address the school’s carbon footprint — suggesting that those with the most time and resources to fuss about with progressiveness are those most insulated from its consequences. (It’s also quite telling that a show taking jabs at nepotism stars the son of famous Hollywood producer Marc Platt and Gwyneth Paltrow, the wife of series co-creator Brad Falchuk.)

Despite being the A-story, the actual student body race is one of the least interesting parts of The Politician. The domain of Payton and Astrid’s various and sundry political advisors, all of whom are capably performed (Theo Germaine, in particular) fade into the background when they’re not immediately necessary as sounding boards.

There’s one exception, though: the show’s fifth episode, “The Voter,” which suddenly switches perspectives and spends a half-hour with one of Saint Sebastian’s undecided voters, a burnout kid (played to slack-jawed perfection by Russell Posner) more concerned with staring at his classmates’ asses and vaping during school assemblies than a school election. For 28 blessed minutes, we’re thrown out of the insular, self-obsessed world of Payton and Astrid to show the terrifying allure of voter apathy. Yes, the rich tryhards want to make the world a better place, but some people just don’t care about politics and want a quiet bathroom stall to jerk off in. It’s hilarious, insightful, and it makes me absolutely terrified for 2020. 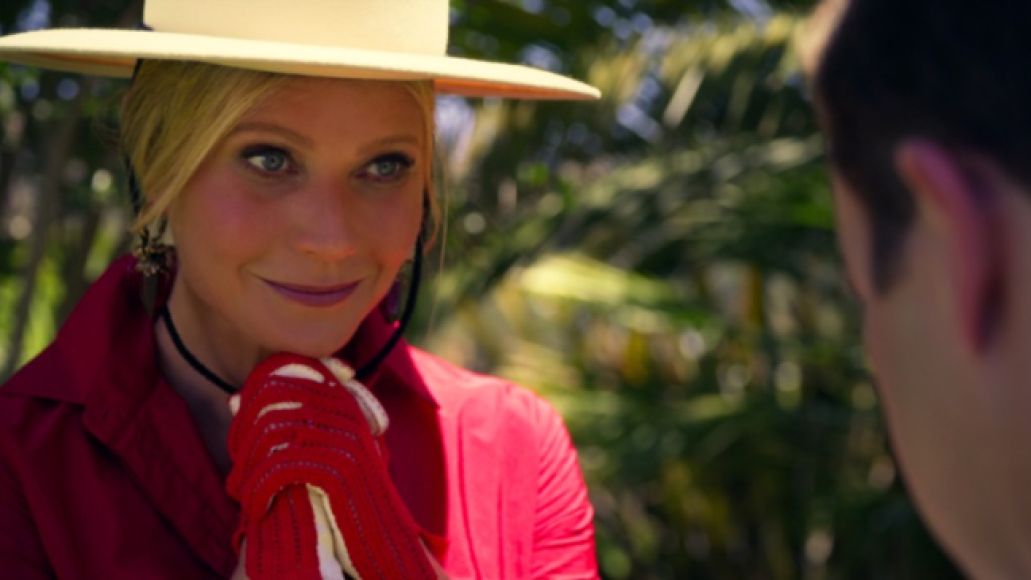 Caught In The Act: But along with that delightfully arch Ryan Murphy sensibility comes all of his faults, making The Politician somewhat of a bumpy ride to the top. Episodes pinball from cheeky, Election-esque sendups of high school politics to serious reflections on suicide and mental illness; characters drift in and out of Payton’s orbit on a whim, alternating between integral and immaterial to the overall direction of the show; and the narrative flow stops dead in its tracks to let Ben Platt flex those Tony-winning vocal chords for showy, full-length ballads. Any one of these shows would be lovely and interesting and fun on their own, but Murphy seems content to let The Politician be every show it could possibly be. The show is as loose with tone and genre as it is with its running time (episodes range from 26 minutes to over an hour long), which makes for some herky-jerky viewing.

The pacing of the season is weird, too, especially for a show that’s guaranteed a second season; the penultimate episode feels like the season finale, a bittersweet wrapup to the series’ gradual undoing of Payton and his plans, a humbling of the preternaturally-entitled. But there’s an eighth episode to reckon with, an hour-long, time-jumping epilogue that also serves as a prelude for the next season’s conflict (and Payton’s next race). Granted, it’s a treat to watch Bette Midler and Judith Light on screen together as Payton’s newest potential rivals, but the tonal shift is whiplash-inducing, even for a Ryan Murphy joint. It boggles the mind as to why this was tacked onto the end of this season, rather than letting us wait out Payton’s next move along with him during a season break. 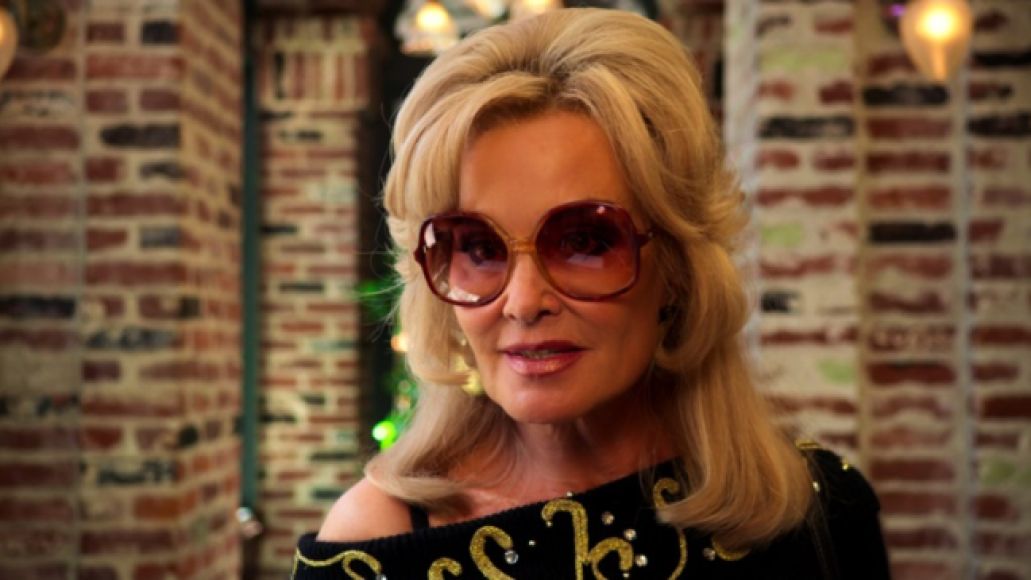 This schizophrenic approach is especially evident in the subplot involving Infinity and her overbearing, controlling country-girl mother (played with relish by Murphy mainstay Jessica Lange), a story ripped unceremoniously from the tragic tale of Gypsy Rose Blanchard, the young girl who infamously killed her mother after suffering for years with Munchausen syndrome by proxy. Sure, Deutch capably holds her own, and Lange dives into her showy supporting role with delicious relish — will 2019 have a better line than “I don’t understand why calling that gay man ‘butt-munch’ is such a scandal. That’s what gays do: munch butts and celebrate Halloween!”? But apart from the occasional comments on class and the way the rich can commodify the poor for their own ends, Infinity’s whole deal feels like Murphy’s attempt to show up Hulu’s Gypsy Rose series The Act to mixed results.

The Verdict: As per usual with Murphy, there’s a lot going on in The Politician. It’s Glee and Scream Queens and American Crime Story: Gypsy Rose Blanchard all rolled into one. There are murmurs about the myopia of the super-rich and the spiritual emptiness of the personality types of those who seek power, interspersed with bright, color-graded California largesse and gags about shooting squirrel gut-soaked BBs into a person’s butt. As the season progresses, it’s clear that Murphy, Falchuk and Ian Brennan have a broader scope in mind for Payton Hobart and his uncertain climb to power over the course of the series. Here’s hoping they can stick the landing after such an ambitious (but shaky) takeoff.

TV Review: The Politician Is Another Ambitious, Glorious Mess from Ryan Murphy