You know those folks who always piss and moan about their favorite bands “selling out”? They’re usually the same safety-pinned crusaders who balk at paying $10 for a house show because, well, it’s real easy to exist outside capitalism when mom’s the one cutting monthly rent checks. The next time you encounter one of these lovely people, offer them a penny for their thoughts on Green Day.

You’ll likely be met with a spittle-laced tirade against posers and mall punk and bullshit Broadway musicals, because no band wears the dreaded “sell out” tag more brazenly than Green Day. This is the band that got 86’d from Berkeley’s 924 Gilman for signing onto a major and then wrote a fucking song about it. But that was just the warm-up pitch. Among the thousands of other ways Green Day have supposedly betrayed their fans, there’s that commercial they filmed for Rhapsody, their ill-fated partnership with iHeartRadio, and that one song that’s played at every graduation and wedding reception since 1997.

It would be one thing if Green Day had quietly renounced their punk credibility back when they put out 1994’s Dookie and sailed off into a sunset of cocaine and cashmere bathrobes. But nearly every artistic decision Billie Joe Armstrong, Mike Dirnt, and Tré Cool have made in the subsequent two decades seems to openly mock the very idea of punk credibility. They’ve experimented with folk rock and written straight-faced songs about going to church on Sunday. They’ve lined their eyes with mascara and booked sold-out tours in Asia and written not one but two punk-rock operas, both of which scoff at the notion that punk must be short, fast, and to the point. 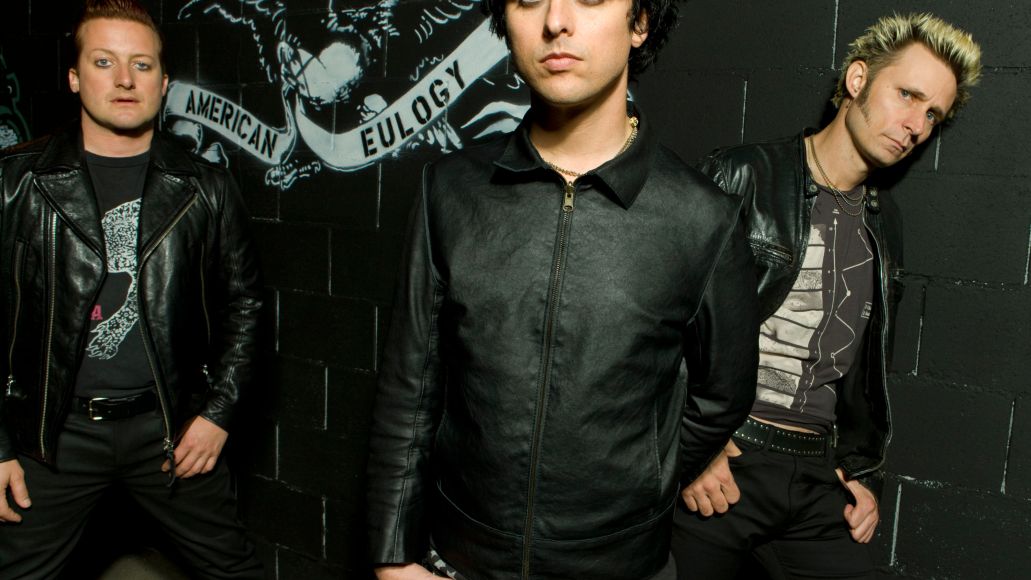 Green Day have been trolling punk rock for 20 years and counting now, but they’re not just doing it to stick it to the Gilman crowd that spurned them back in the day. Revenge is a small-minded concept, and Armstrong and co. only know how to think big. Rather than settle for being just another legacy act that pops up at Riot Fest occasionally, they’ve reliably shape-shifted every time their sound — or, just as importantly, their image — runs the risk of turning stale.

Think about it: Literally every single Green Day record can be seen as a reaction against the one immediately preceding it. Instead of riding Dookie’s snotty Buzzcocks-inspired punk for a couple more albums (and a couple more paychecks), they released the louder and less commercially viable Insomniac. Then they tried out a bit of cross-genre experimentation on Nimrod before embracing domestic bliss and the trappings of dad rock on their most “grown-up” album to date.

Released in late 2000, Warning serves as the obvious line of demarcation between the two major chapters in the book of Green Day. It’s a much better record than you probably remember, because the narrative surrounding it at the time was dog shit. Fat Mike of NOFX allegedly called it “their worst album,” and other listeners tended to agree: This version of Green Day was slower, older, kind of boring. So how did the band respond? They put themselves out to pasture for four years, during which time they teased out their hair, squeezed into slim-fit suits, and set to work completing a “sell out” job that put even Dookie’s major-label reinvention to shame.

Pretty much everything about 2004’s American Idiot screams “branding,” from the bleeding hand grenade logo (looks great on t-shirts!) to the “punk-rock opera” concept (how novel!) to the timely politicization of a band that had once been too apathetic even to masturbate. Green Day’s commitment to rebranding themselves after the commercial failure of Warning was almost breathtaking in its totality. This is not how a punk band with any shred of integrity should handle its business. Oh, but there’s just a tiny complication with that supposed truth: American Idiot turned out to be the most important punk album of the 2000s.

Really! It did! I doubted this myself until about two years ago when I participated in a roundtable discussion for Consequence of Sound in honor of the album’s 10th anniversary. In speaking with the other critics at that table (most of whom were several years younger than me), I discovered that American Idiot — the same album I’d always considered cheesy in its presentation and ham-fisted in its takedown of Bush-era politics — had been the gateway drug that introduced an entire generation to punk as a concept and cultural alternative. 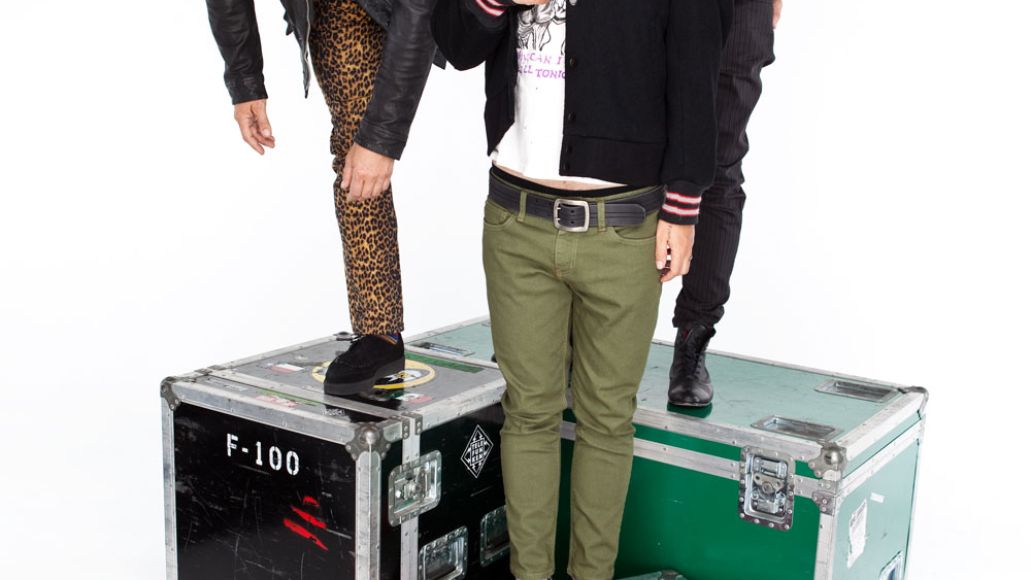 Can we appreciate, for a second, how fucking crazy that is? Armstrong was 32 years old when American Idiot hit shelves — long past the expiration date for punks who weren’t busy transforming into slightly creepy scene lifers like Fat Mike. But there he was, prancing around a giant warehouse and looking as spry as the kid who was a basket case back in ‘94.

Armstrong had pulled off some kind of punk-rock Benjamin Button trick, shifting from the contemplative middle-aged dad back to the kid who screams “Fuck the system!” and just fuckin’ gets it, natch. Who cares if it was calculated? It worked. The songs were good (if you could look past some of the cheese) and, more importantly, Green Day could once again lay claim to being “The Only Band That Matters” — the band that everybody loves to love or loves to hate, but the band that everybody has an opinion about.

From there, Green Day made the only move they could: They upped the ante, doubling down on the whole ridiculous rock opera concept with 2009’s 21st Century Breakdown, an album even more overblown than its predecessor. This was a tough pill for longtime fans of the band to swallow, but they had already made clear that they were willing to sacrifice loyalty if it meant a shot at being the biggest band in the world. Green Day’s second rock opera found them drifting even further afield from their pop-punk roots, finding the middle ground between Strummer and Springsteen and then building a nuclear power plant on it.

I’m not sure if you’ve listened to 21st Century Breakdown lately, but it kind of rules. The human mind sometimes has a hard time letting things go, but if you divorce this album from any preconception of what Green Day was or is supposed to sound like, you’re left with a lot of sweet candy to chew on. There’s the big-time guitar melody that anchors the title track — a clear callback to the ‘70s power-punk of The Boys and The Dictators — playing off the swaggering garage rock of “Last of the American Girls”. And then there’s the Cheap Trick-esque ballad “21 Guns”, the song that probably best captures latter-day Green Day’s most crucial talent: couching vaguely relatable political and romantic sentiments within riffs loud enough to blow your ears off. 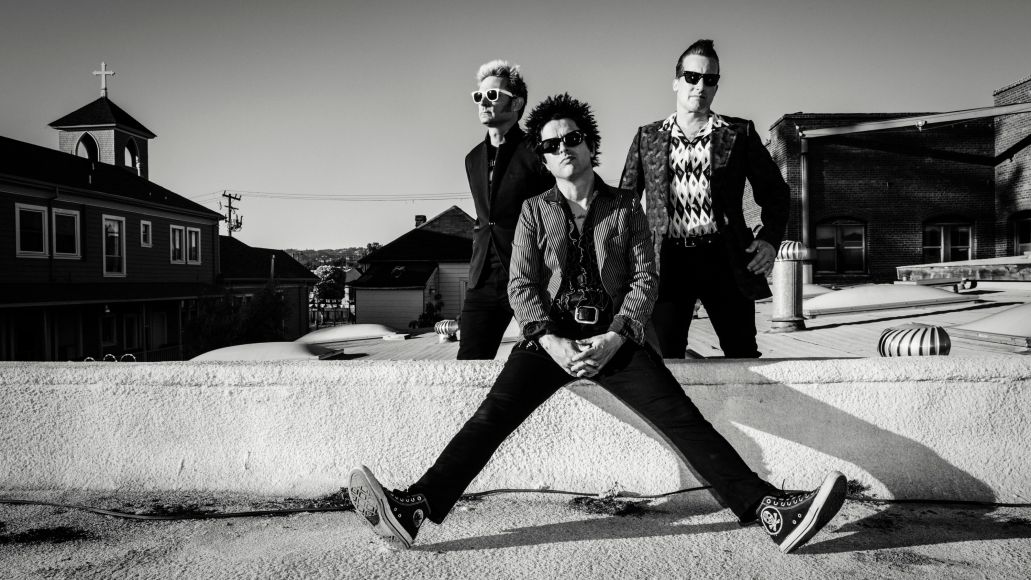 The real problem with 21st Century Breakdown is that it effectively marked a point of no return for the band. They couldn’t very well write another rock opera after that, but they’d also stepped so far out on their particular limb of the punk-rock tree that going back was unthinkable. And so in 2012, we got ¡Uno!, ¡Dos!, and ¡Tré!, the very up-and-down album trilogy that found Green Day not only reaching, but over-reaching for perhaps the first time in their career.

In hindsight, it was a dumb move to release three merely OK albums so close to one another when they could have simply picked the 12 best songs from each and compiled an album that really would have caught critics’ attention. There’s an excellent Green Day record hiding inside this trilogy, but the temptation of an audacious marketing tactic means that we’ll never hear that album as we might have: with fresh ears and fresh minds. I still find myself defending ¡Tré! especially to anybody that will listen, because songs like “X-Kid” and “8th Avenue Serenade” stand tall on their own. But they’re drowned out by the popular narrative surrounding the trilogy, which is that it’s garbage and a fine example of Green Day’s hubris finally catching up to them.

You know what, though? Fuck that narrative. Lost in all the talk about Green Day selling out and sucking ass (and believe me, you hear a lot of this if you bring up the band in punk circles) is the fact that they’re one of the only mainstream punk bands that has continued taking genuine risks throughout their career. Sure, some of those risks paid off in heavy exposure and ungodly amounts of money, but it seems a bit silly to blame a band for its successes and then celebrate its failures. The schadenfreude doesn’t feel earned, especially when bands like NOFX and Alkaline Trio get a pass for shoveling the same shit year after year with diminishing returns.

With new music supposedly on the way, Green Day once again have a chance to rewrite their narrative. The mere fact that we can depend on it being different from anything that’s come before shouldn’t be taken for granted. For a genre that takes pride in fucking shit up, punk can be alarmingly conservative when it comes to inching away from those treasured three chords. Green Day aren’t afraid to blow it all up and start again, and they don’t pay attention when those young, dumb trust-fund punks cry foul. It might not be the stuff of revolution, but it’s better than anything else on the radio.

In Defense of Green Day