In the zone. On a hot streak. Bringing your A-game.

Whatever you want to call it, artists and bands, like anyone else, go through periods of time where it feels like they can do no wrong. They’re riding high, rising quickly, and taking it to another level. And with Austin City Limits beginning this weekend, this is the perfect time to be on a roll. Not only is ACL a chance for artists to kill it in front of amped-up fans at one of the finest festivals in America, but with the season dwindling, they have a chance to become the name on the tip of everyone’s tongue going into next year as well.

As we head south this week to see which of the year’s biggest stars will conquer ACL, we’re also taking advantage of StubHub being our one-click stop for all our ticket and festival pass needs. If you are heading to Austin City Limits with us, here are 10 acts that are piping hot and shouldn’t be missed. See you there, partners. 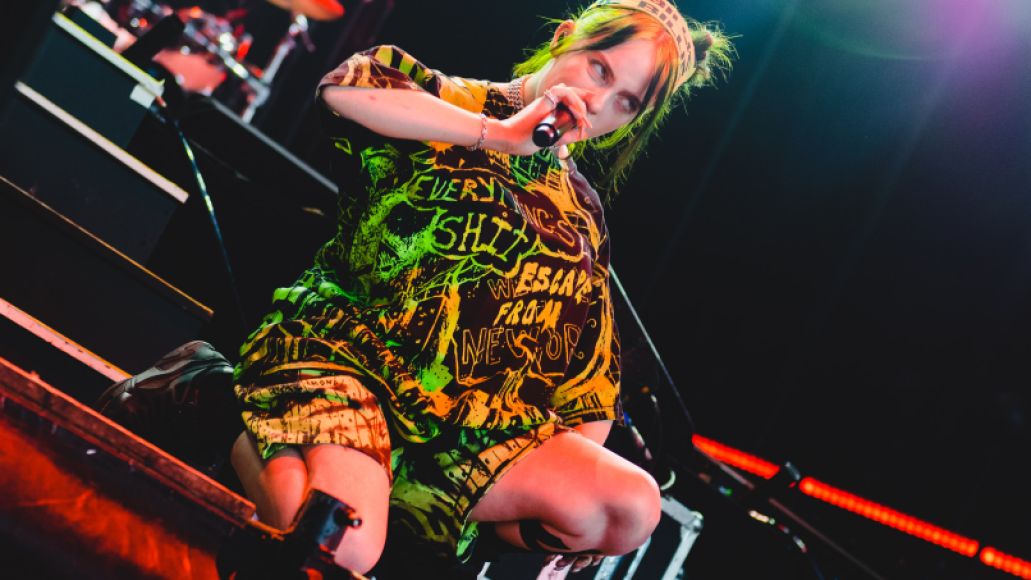 A handful of artists are trying to lay claim to the throne in 2019, but nobody has a better grip on the gold right now than 17-year-old dark pop sensation Billie Eilish. Our 2018 Rookie of the Year and already a heroine to legions of fans who see her as one of their own who made good, Eilish heads into ACL with a No. 1 hit (“Bad Guy”), a gravity-defying SNL performance, and a freshly announced 2020 World Tour in her cargo pants pocket. She’s conquering the entire music world right now in real time, which will make her performances at Austin City Limits arguably the hottest sets on the entire planet in the weekends to come. If you can’t make it to Austin, Eilish’s world tour will be heading your way starting in March with plenty more dates to come. Check out your options here, and don’t miss out. Duh! –Regan Bexler

(Buy: Tickets to Billy Eilish at ACL or on Tour) 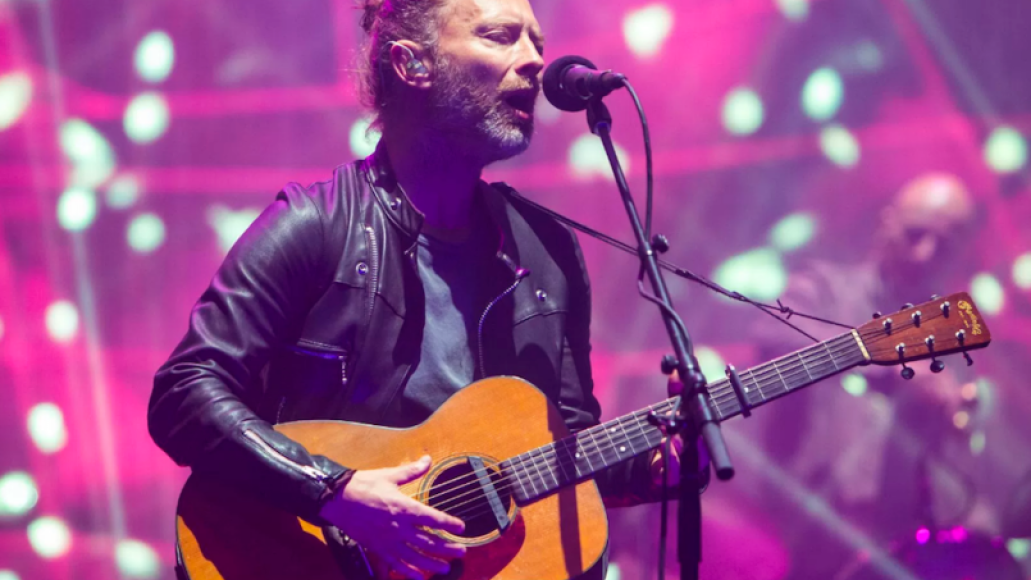 Riding the high of the release of his third solo record, ANIMA, Thom Yorke will grace the ACL stages this weekend and next. Yorke is set to play Tomorrow’s Modern Boxes, a three-way collaborative audio-visual experience that plays the record of the same name in full. In very Yorke fashion, the experience is plagued with dystopian views doused with anxiety-ridden explosions of color and light. Yorke and longtime collaborator Nigel Godrich transform the record, filled with sprawling, sharp tracks, fluttering beats, and stuttering melodies into an all-encompassing, sensational live experience. If you won’t make it to the Lone Star state for ACL, make sure to catch some of the most beautiful songs fans will hear this year as Yorke swings throughout North America on tour. –Samantha Lopez

(Buy: Tickets to See Thom Yorke at ACL or on Tour) 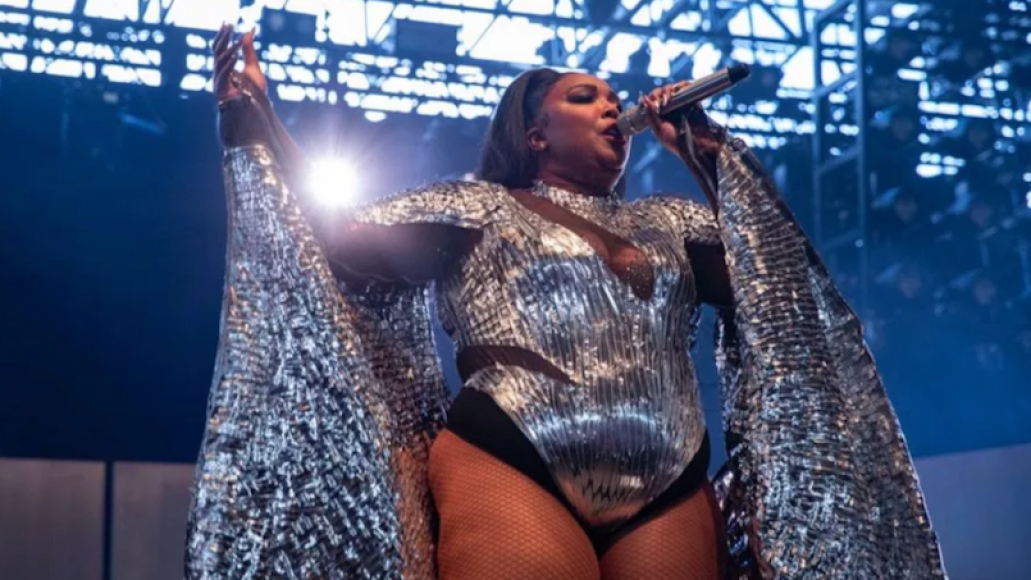 Billie Eilish became a breakout star by the time she was old enough to drive. It’s taken singer, rapper, and flutist Lizzo double the age to become the name on the tip of everyone’s tongue. It only goes to show that you never know when your number might be called. And Lizzo has taken full advantage of a year that belongs to her as much as any other artist: putting out a lauded album of empowering bangers on Cuz I Love You, co-starring alongside Jennifer Lopez in Hustlers, and taking her dynamic stage show to as many fans as possible. With some of the hottest songs of the year now peppered throughout her set, Lizzo fans should expect nothing less than a veritable party at Austin City Limits. And if that doesn’t quite fit your travel plans, this pop queen will be touring tirelessly throughout the remainder of 2019. Check here for tickets. –Regan Bexler

(Buy: Tickets to See Lizzo at ACL or on Tour) 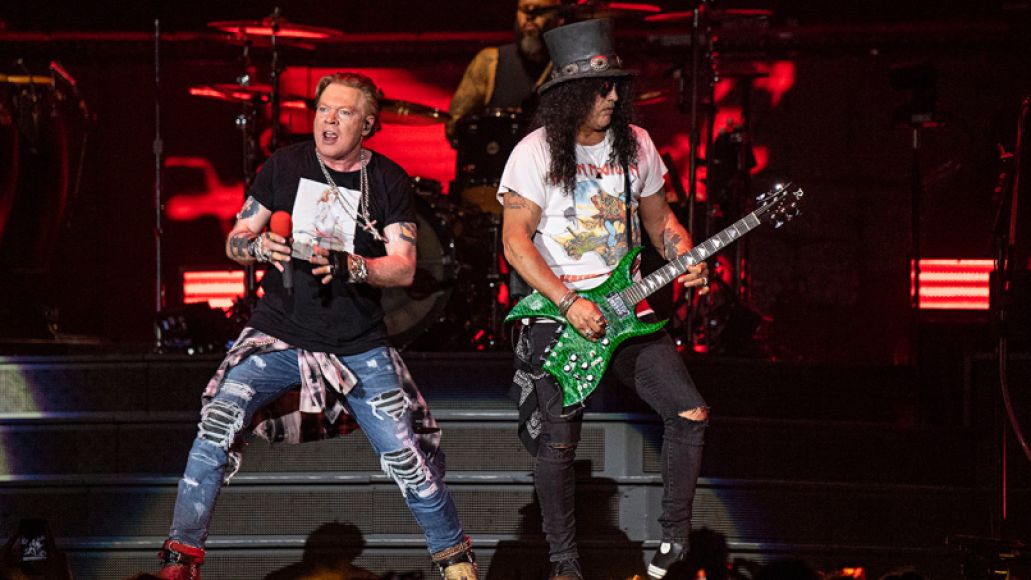 Hard rock legends Guns N’ Roses have been on the latest leg of their “Not in This Lifetime Tour.” The tour kicked off last month in Charlotte, NC, and, aside from a chain of arena shows, has the band making festival appearances, including stops at Austin City Limits. The Not in This Lifetime Tour began in 2016 and marked the return of Slash and Duff McKagan to the lineup. On top of a jam-packed string of dates, GNR recently welcomed to the jungle all the acts that will be opening for them this tour. The support is set to include Shooter Jennings, Tyler Bryant & The Shakedown, Blackberry Smoke, Dirty Honey, and Bishop Gunn. Each Southern rock group will take a turn serving as GNR’s opening act. Sounds like it’s time to get on down to Paradise City — whether that’s at ACL or later on tour. –Samantha Lopez

(Buy: Tickets to See Guns N’ Roses at ACL or on Tour) 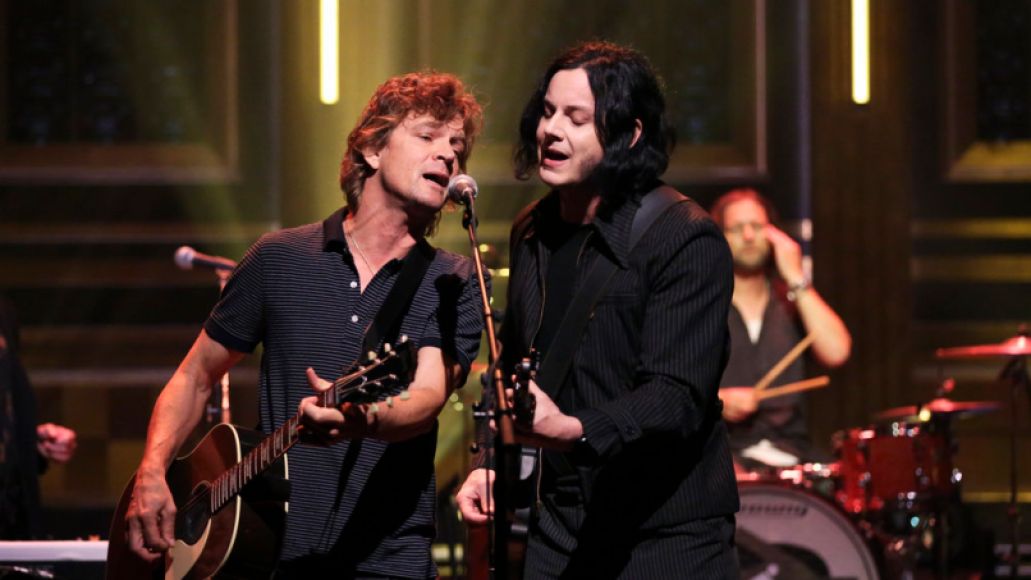 The Raconteurs, photo by Andrew Lipovsky/NBC

It’s not going out on much of a limb to say that 2019 has been a monster year for Jack White. The guitar god got The Raconteurs back together, his most beloved band not named The White Stripes. The Raconteurs put out their first record in more than 11 years and scored their first No. 1 chart-topper with Help Us Stranger. Since then, White and the band have been touring theaters and festivals alike, proving that rock and roll has more than just a pulse in 2019. And that’s just what The Raconteurs will plan to do this weekend at ACL. If Austin isn’t in your plans this weekend, be sure to catch White and co. out on the road through mid-November. Check for ticket options here and steady as she goes. –Regan Bexler

(Buy: Tickets to See The Raconteurs at ACL or on Tour) 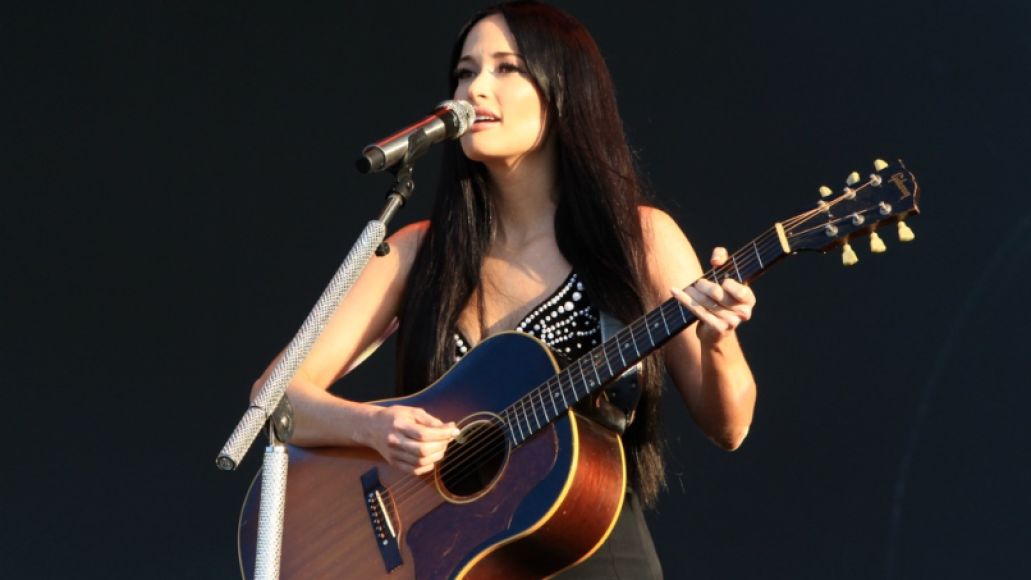 Texas native Kacey Musgraves is one of the hottest acts in country music or any other genre right now. The Grammy-winning country star wrapped up a series of tour dates opening for Harry Styles back in 2018 and has since taken the reigns of her own tour. Musgraves has been on the road on her “Oh, What a World Tour” in support of her critically acclaimed album, Golden Hour, which won the Grammy for Album of the year and shows no sign of stopping. She gallops back to her Texan roots with headlining performances at ACL and is finishing off the year strong with a string of stops in other cities. You can find tickets here.

(Buy: Tickets to See Kacey Musgraves at ACL or on Tour) 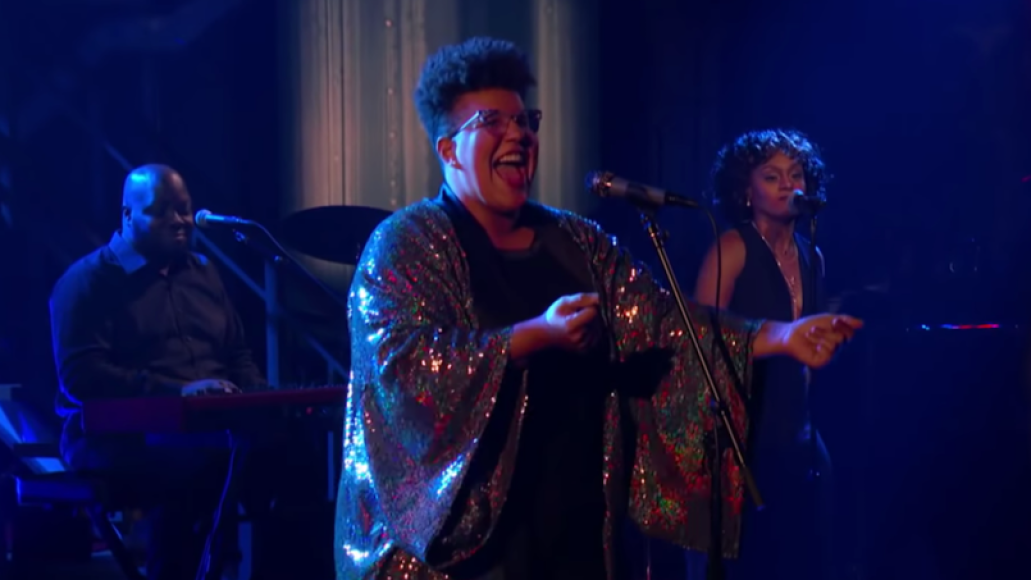 It’s fair to say that Brittany Howard has accomplished more over the last few years than many of us will in a lifetime. The singer-guitarist — blessed with one of the greatest voices on the planet — helped turn the Alabama Shakes into a three-time Grammy-winning, world-touring outfit, worked on multiple side-projects, put pen to paper to complete part of a memoir, and, just this last month, released, Jamie, one of the most subtly beautiful albums of 2019. Suffice it to say, Howard’s on a creative roll, and she’s bringing that momentum to Austin this weekend. If you can’t catch Miss Howard in Austin, you can find tickets to other tour dates here. –Regan Bexler

(Buy: Tickets to See Brittany Howard at ACL or on Tour) 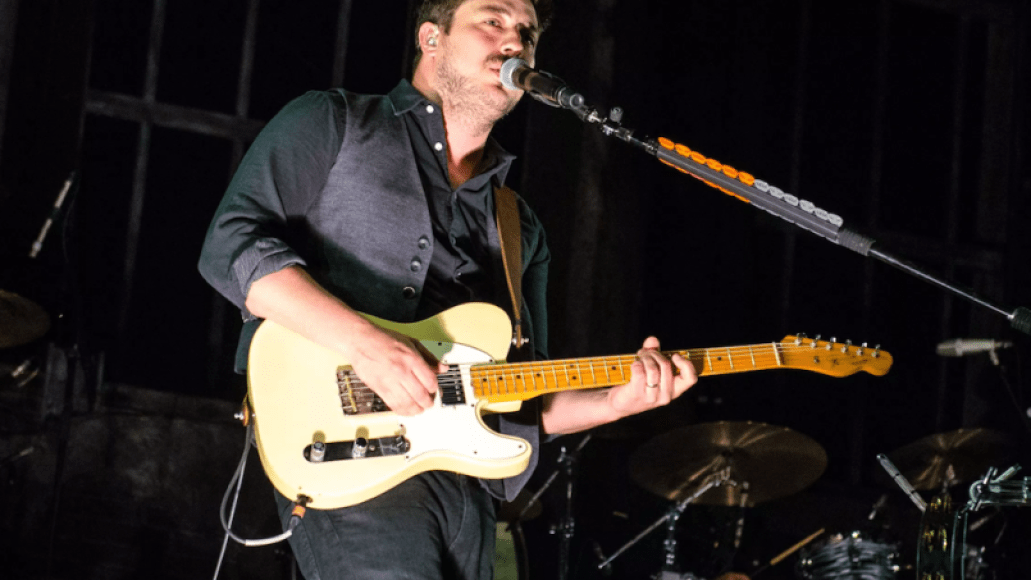 Jangly indie rockers Mumford & Sons became an unlikely success story in the mid-2000s. They were headlining festivals and selling out arena shows thanks to a sound that combined authentic banjo-hammering folk with the polished, anthemic fist-bump sound of modern rock. Well, the British folk rockers are back and better than ever. They’re currently on tour in support of their 2018 album, Delta, and making a pit-stop in Austin for ACL. If you haven’t had a chance to catch the quartet in a festival setting, you won’t want to miss their rustic, anthemic guitars and sing-along ballads live, trust me. If you can’t make it to Austin this month, find other chances to see the Mumfords here. –Samantha Lopez

(Buy: Tickets to See Mumford & Sons at ACL or on Tour) 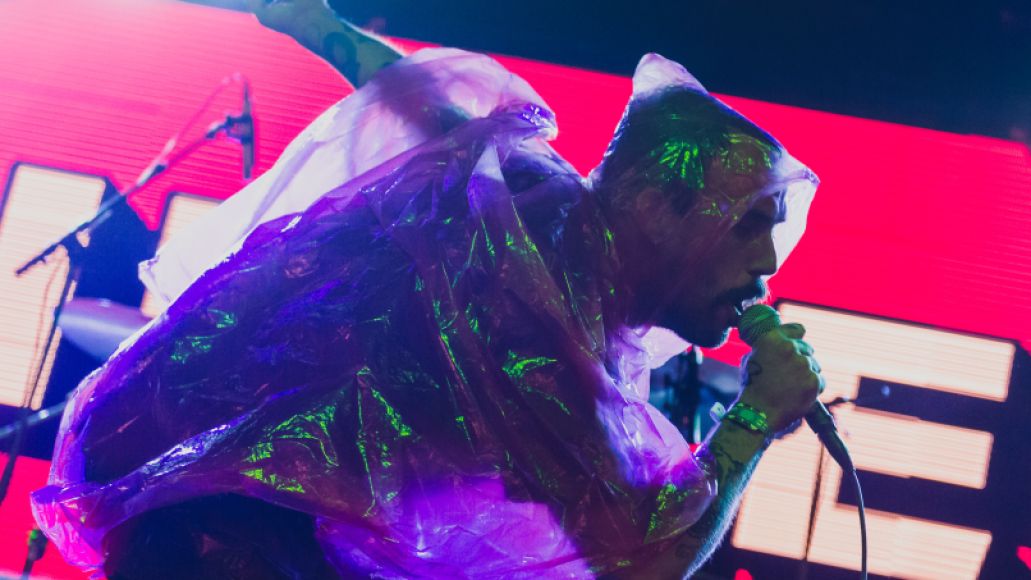 We can give you a pass if IDLES weren’t on your festival radar at the beginning of festival season. However, if you go to Austin this month and manage to skip or miss sets from these English punk rockers, that’s all on you. The band first caught our attention early this summer, and they just kept turning heads at show after show and festival after festival. In a time where punk rock feels necessary — but oddly has waned in popularity — IDLES are bringing some much needed mayhem and intensity to ACL. If you can’t make it there, be sure to check out the rest of their touring schedule here. –Regan Bexler

(Buy: Tickets to See IDLES at ACL or on Tour) 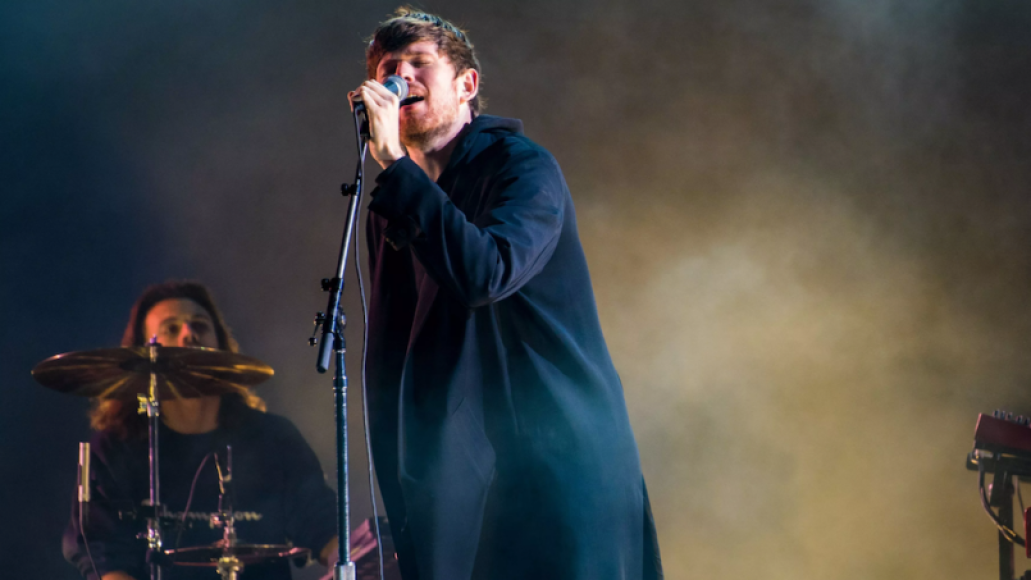 English multi-instrumentalist James Blake is currently on a Stateside tour. The confessional singer-songwriter last released an album in 2016, The Colour in Anything, but has found crazy crossover success since contributing to high-selling albums, including Beyoncé’s Lemonade, Frank Ocean’s Blonde, and Jay-Z’s 4:44, as well as the Kendrick Lamar-curated soundtrack to Black Panther. Blake is scheduled to make a stop this month for ACL, and it’s a performance of quavering vocals and math-whiz instrumentation you surely won’t want to miss. If you do have to pass on Austin, don’t miss Blake on tour (some shows with White Reaper). Tickets here.

(Buy: Tickets to See James Blake at ACL or on Tour)