In addition to serving as the long-awaited follow-up to 2016’s A Loud Bash of Teenage Feelings, the new album sees Beach Slang assisted by one of their beloved idols. Tommy Stinson of The Replacements contributed bass throughout the entire LP.

“It was a real-life rock & roll daydream come true,” frontman James Alex recounted in a statement. Beach Slang are known for frequently covering The Replacements live; on their MPLS covers EP earlier this year, they also took on “AAA” by The Replacements frontman Paul Westerberg.

To tease the new record, Beach Slang are sharing lead single “Bam Rang Rang”. Stinson not only features on the track, but it was also partially inspired by Westerberg, as Alex explained to Kerrang:

“I was listening to an interview with Paul Westerberg about the way he went at writing songs for a particular record — Come Feel Me Tremble maybe? I don’t know,” he says of the first half. “My head loses stuff easily. But, yeah, he called the way he’d hit his guitar as ‘just going bam, rang, rang.’ I heard that and it shot me good. I knew, straight away, I wanted to write a real dirty burner and call it ‘Bam Rang Rang’, something that made you want to buy a motorcycle, smoke a cigarette and land a hangover.”

Alex also said he sought to prove himself as a more than adept guitarist, and took cues from both AC/DC and T. Rex. “I heard someone say I wasn’t a very good guitar player and I wanted to prove them wrong. I mean, they’re right, but I figured I’d just play loud enough to let them know they weren’t,” he remarked. “There’s something about a sleazy riff on a ratty guitar that makes everything alright. So, I smashed Angus Young into Marc Bolan and got a great, big, messy chunk of glam and swagger. Pick your heroes right, you know?”

Pre-orders for The Deadbeat Bang of Heartbreak City have begun. To coincide with their new music, Beach Slang will soon embark on a North American tour with the Goo Goo Dolls. Buy your tickets here. 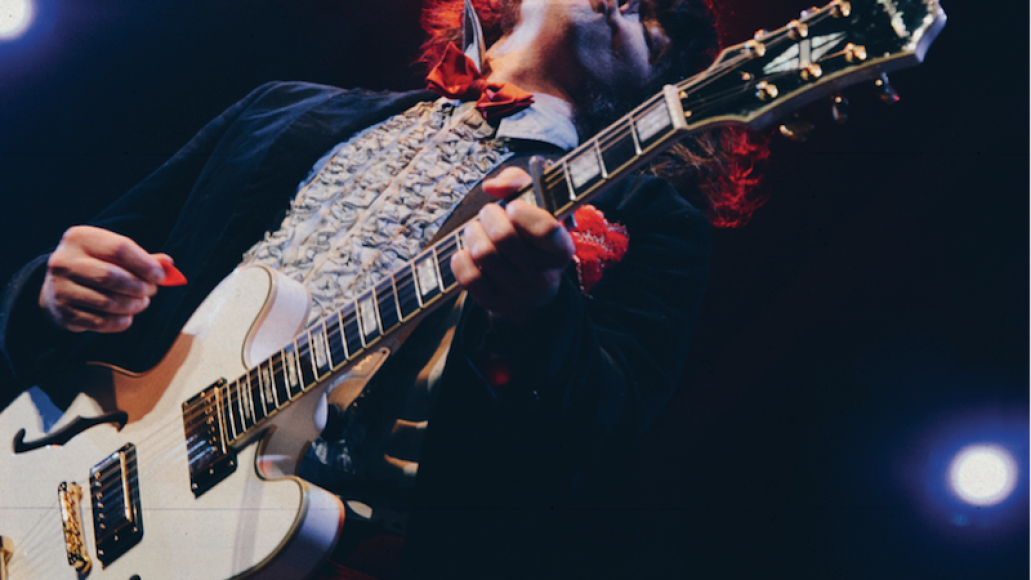