The Pitch: Twenty years ago, Metallica teamed up with the San Francisco Symphony for an unprecedented collaboration. The original S&M concerts brought modern heavy metal and classical music together, combining the seemingly contrasting styles. Although parallels can be drawn from the bombastic decadence of classical music and the loud, colossal nature of metal, S&M sought to transpose the two directly: Metallica playing their songs live with the accompaniment of a full, world-class symphony. While others had practiced and written symphonic metal, never had it been attempted on such a grand scale and with such a popular metal act as Metallica at the time. The collaboration and director Wayne Isham’s accompanying concert film notched a Grammy, though it received mixed reviews from rock critics.

Despite the critical reception, S&M has become a cherished recording for Metallica’s most faithful fans, serving as an exhibition of their skill and adaptability as artists and performers. For the 20th anniversary of the collaboration, the band again turned to the San Francisco Symphony for a second iteration, S&M2, which would double as the grand opening of the new Chase Center arena on September 6th.

The ticket was in such high demand that it sold out instantly after scalper bots snatched them up, forcing Metallica to add a second S&M2 concert for fan club members. Fortunately, for those who couldn’t snag one of the exclusive tickets, the concerts were once again shot by Isham for a full-length film, set to screen for one night only in theaters worldwide on Wednesday (October 9th). 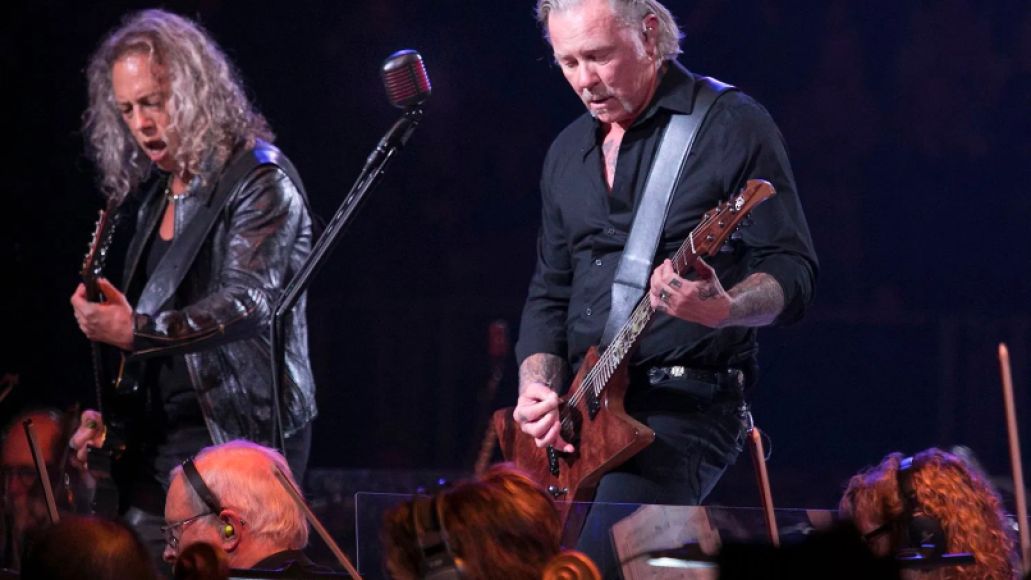 Together Again: The concert film opens with a short interview introduction as Metallica reflect on the original S&M and working with the San Francisco Symphony again. Lars Ulrich expresses some hindsight criticisms when looking back on the initial experience, stating that the members of Metallica were not “as involved in the process” as they should have been (it ended up being bassist Jason Newsted’s final release with the band). On the first S&M conductor and arranger, Michael Kamen, James Hetfield tells an anecdote about a time when Kamen burst in on a rehearsal and starting hammering the piano out of key. “I thought, ‘This guy’s insane,’” Hetfield recalled. “Well, he was insane.”

For S&M2, the band worked with conductor Edwin Outwater and new arranger Bruce Coughlin, sticking by some of Kamen’s arrangements, as well. Isham’s familiar touch behind the visuals brings the viewer close to the band and the symphony just as it did on the original film. Isham’s style of editing involves many cuts, often to the tempo of the music, which can grow tiresome on the eyes but shows us every physical expression of the band, crowd, and symphony. During the crushing opening instrumental, “The Call of Ktulu”, we already see the sweat on the brow of a string player, intensely focused as the orchestra keeps up with Metallica’s pace. The conductor Outwater emphatically gestures as he guides the symphony, a perfect visual foil to the thrash metal band performing across from him. At one point, Hetfield leans over and fist bumps a percussionist after a particularly grueling timpani part on “For Whom the Bell Tolls”. Isham focuses on these moments with his edits, conjuring a human charm often lost in concert films. In general, there’s a distinctly brighter, jovial element to S&M2.

The Venue: The main difference between the two S&M films is the setting: The first was shot in the intimate Berkeley Community Theatre, while the recent shows took place in the new arena for the Golden State Warriors. It’s a different vibe, to say the least, and probably the biggest detractor from the S&M2 film. Instead of the dimly lit atmosphere of the first film, this is very much a stadium show, with the band and symphony situated in a circle surrounded by 18,000 fans. This draws the focus away from the music and more toward the occasion itself. During one cutaway to Hetfield, a Verizon advertisement is visible on the wall behind him. It diminishes the intimacy of the performance, though Isham does a commendable job keeping the footage personable despite the corporate arena setting. 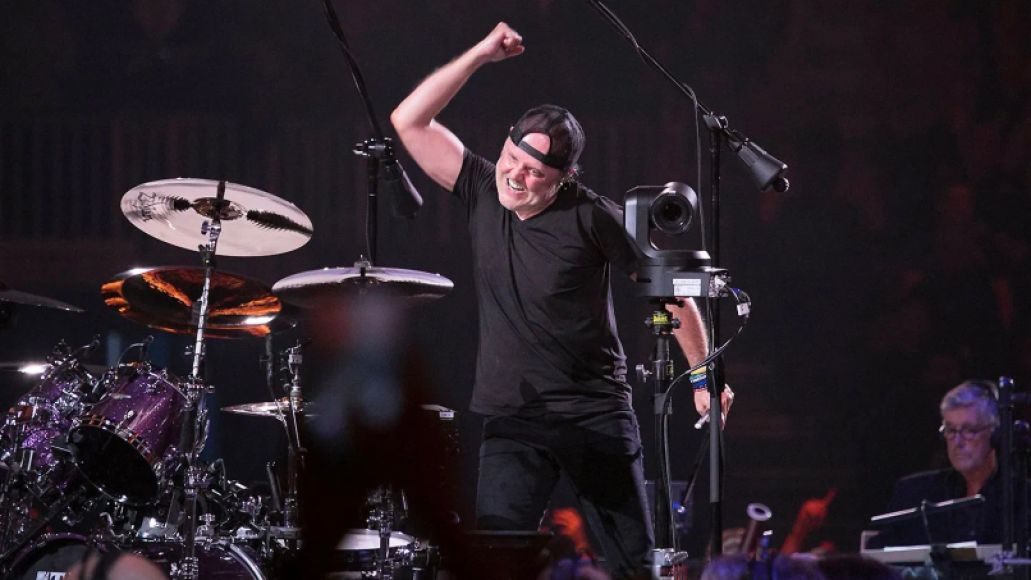 The Mix: Per an announcement from Metallica’s press relations prior to a pre-screening of the film, the band only had two weeks to mix and finalize the audio for S&M2. That’s a tight deadline to mix and master anything, especially when you throw in a symphony. However, the sound on S&M2 is pristine and brutal, showcasing the crushing effect of combining amplified guitars and a full symphony. For the most part, the arrangements succeed in accentuating and underlining Metallica’s playing, particularly on more dynamic tracks like “The Day That Never Comes” and S&M staple “No Leaf Clover”. A version of “The Unforgiven III” where Hetfield sings solo with the string section is a highlight sonically (and a poignant moment in the film, given the singer’s re-entry into rehab shortly after these concerts).

As was the case on the original S&M, a few of the mixes get cluttered when the loudness of the band clashes with the waves of sound produced by the symphony. The opening version of “The Call of Ktulu” — which won the Grammy for the original album — didn’t reach the grandeur of the original, coming off as harsh during its full-tilt climax. On “Master of Puppets”, the tempo wavers slightly as the symphony tries to keep up with the thrash metal masterpiece. One of the pieces conducted by symphony Musical Director Michael Tilson Thomas, Alexander Musolov’s “Iron Foundry”, sees Metallica backing up the symphony, but the combo is clunky and never gels. From a fidelity standpoint, however, the audio is as crystal clear as Isham’s 4K footage.

The Verdict: With a running time of 150 minutes, S&M2 is a tough sell for anyone who’s not already a fan of Metallica. Compared to the atmospheric 1999 film, the Chase Center sequel is less visually and aesthetically compelling. However, for the band’s devotees, it’s a trip down memory lane and a true celebration of Metallica and their musical prowess. Isham captures an upbeat, positive energy from both the crowd and the performers, bringing the show to life as it happened rather than try to mask the shiny new surroundings with cinematic flourishes. In that way, the film is a transparent and wholesome document of Metallica’s reunion with the San Francisco Symphony.

Concert Film Review: Metallica's S&M2 Is a Celebration of the Band and Their Fans