The Pitch: Walter White (Bryan Cranston) is dead. The Nazis have been vanquished. An El Camino is missing. One question remains, “What the hell happened to Jesse Pinkman (Aaron Paul)?” As we find out in Vince Gilligan’s 122-minute epilogue sequel to Breaking Bad, quite a whole lot. To quote Saul Goodman (Bob Odenkirk), Pinkman must contend with a lot of “shit creek” action if he’s going to make it out of Albuquerque, New Mexico, alive. With dwindling connections and almost zero resources, our former foul-mouthed slacker-turned-chemist has only his wits and memories to lean upon. Of course, as we’ve seen before, that’s more than enough for anyone stuck on Gilligan’s Island.

Full Measure: Despite being shot on an ARRI Alexa 65 camera and in 2.39 wide-screen aspect ratio — an attempt by Gilligan to hallmark the CinemaScope format that Sergio Leone had used for his Dollars Trilogy — El Camino feels relatively in sync with Breaking Bad. Much of that has to do with the fact that Breaking Bad was already cinematic in nature, seeing how it was one of the few shows of the 21st century to have been shot on 35mm film. But also because Gilligan never attempts to stray away from the source material. He wasn’t kidding when he told The Hollywood Reporter: “We don’t slow down to explain things to a non-Breaking Bad audience.” Rather than tear a page from his alma mater, The X-Files, whose 1998 feature film served as both a standalone feature and a bridge between Seasons 5 and 6, El Camino is an epilogue through and through. It’s ripe with deep references and chock-full of callbacks to the series, all of which fuel the majority of the film’s emotional weight. It’s essentially one two-hour special. 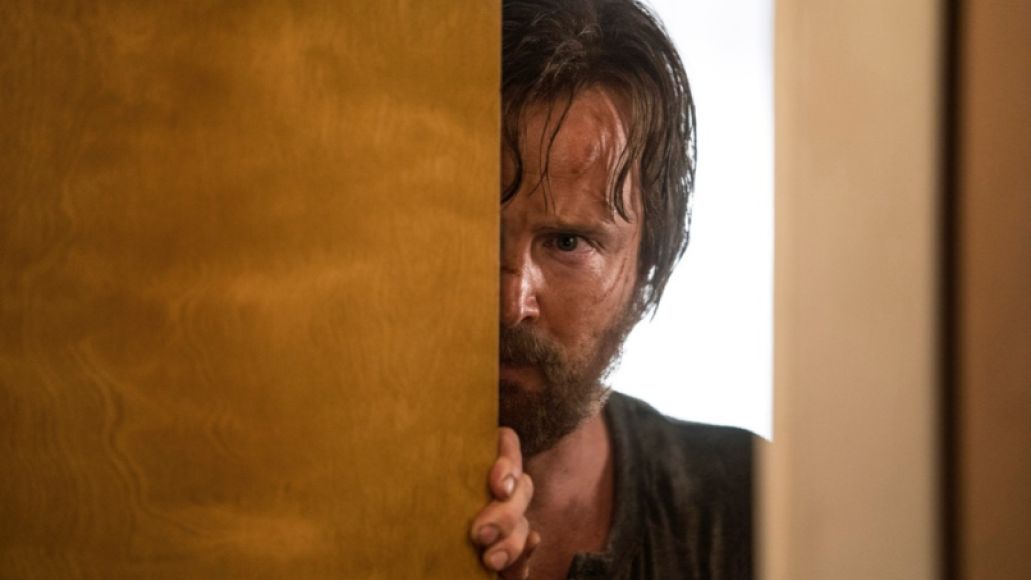 A No-Rough-Stuff-Type Deal: What’s surprising about El Camino is how it’s less of a cat-and-a-mouse story and more of a meditation. So much of the film is spent inside Pinkman’s head, affording Gilligan a resourceful medium for all kinds of flashbacks. But rather than waste this opportunity on convenient cameos — of which this film has many, make no mistake — Gilligan utilizes these moments to do what he does best: deconstruct. This is a story about trauma and how one perseveres through it all, and in typical Gilligan fashion, he finds a palatable way to have the past fuel the present. Yet rather than stopping and starting every other scene, Gilligan keeps the pedal to the metal, grooving through memories both sordid and sweet as the action at hand continues undeterred.

Temper those expectations regarding any action, though. While there’s certainly a number of riveting sequences in El Camino — a standoff teased in the trailer should prove GIF-worthy and a manic strip-search of Todd’s apartment brings out the best of Gilligan as a filmmaker (and a designer) — it’s a very laid-back feature. Spiritually, that’s congruent to the narrative: Whereas Walt’s sendoff in “Felina” captured the true distillation of a mild-mannered genius coming to terms with being a sociopathic mastermind, Pinkman’s unlikely coda in El Camino offers a tranquil portrait of a junkie slacker attempting to renew his soul. In that respect, it was always going to be a lighter affair, and it’s all the better for it.

5 Days Out: Of course, the biggest elephant in the room is how Walter White — and several other deceased characters like Mike Ehrmantraut (Jonathan Banks) — might factor into the narrative. Without spoiling too much, they’re all handled with the kind of finesse that can only come from a creator who a.) still has a grip on his narrative and b.) prioritizes that narrative over his fanbase. Because really, it would have been so easy for Gilligan to indulge his audiences and make White some sort of Dark Passenger to keep him in the movie from beginning to end. Instead, he flexed his creative muscle, the same one that’s managed to deliver four essential seasons of spin-off series Better Call Saul and found a way to wedge a chapter into one of the best and most poignant episodes of Breaking Bad. Again, no spoilers, but you’d be wise to revisit “4 Days Out” — ahem, Season 2, Episode 9 — if you want Cranston’s cameo to bruise in the ways Gilligan absolutely intended.

Kafkaesque: Cynics may disagree, but El Camino exists solely for Jesse Pinkman. Not for the check. Nor the contract. Nor the fan service. No, this is a two-hour olive branch for Gilligan, who’s making peace with his character some six years later. Just look at the way he discussed this project in the lead up to its release, particularly how it evolved from a five-minute film to the two-hour feature we have before us. “You see him driving away,” he explained to The Hollywood Reporter in the aforementioned interview, “And to my mind, he went off to a happy ending. But as the years progressed, I thought, What did that ending — let’s just call it an ending, neither happy, nor sad — what did it look like?”

Here’s the thing, though: Jesse didn’t just drive straight into a happy ending at the end of “Felina”, and that’s ultimately the conceit of El Camino. Again, it goes back to the way Gilligan weaves the past into the present. On the surface, the film is a survival Western, the classic narrative of the down-on-his-luck cowboy getting out of Dodge against all odds. But inside, it’s a spiritual battle of man against himself, and that’s not only where the film thrives, but also where Paul shines. After all, this isn’t just a way to find a happy ending for Jesse, but to see him fully transcend, a narrative vacancy that clearly got under the skin of both Paul and Gilligan. Otherwise, why the hell else would they do this? 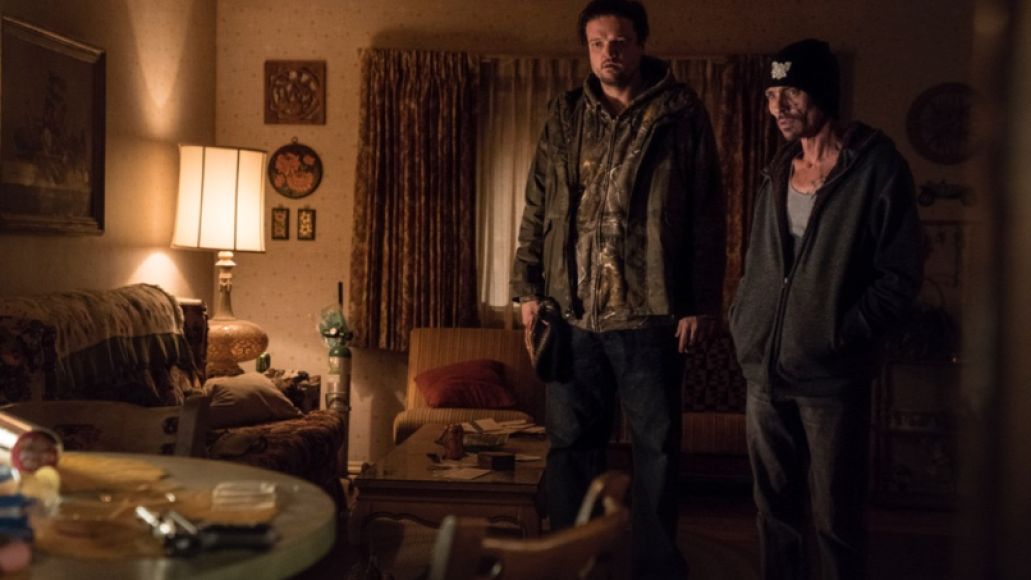 Whether or not they succeed depends solely on one’s position with the series. As a standalone film, there’s admittedly not much depth to Pinkman’s trauma, and much of the pain and turmoil that Paul wrestles with stems back to connective tissue that’s paramount to the series. All things considered, that might not sit well with some viewers and probably not a handful of critics who are attempting to watch this as El Camino and not Breaking Bad: The Movie. (An impossible task this writer would argue.) But, taking into account all that came before, El Camino offers a beautiful, late-hour extension of a character whose fate had been relegated solely to fan theories.

The Verdict: Considering he’s spent nine whole seasons within his quirky New Mexico universe, there was never any doubt that Gilligan loves his characters, but goddamn does El Camino bring that idea home. Not to beat a dead horse, but the whole film appears to exist solely for the guy to have some sense of closure on the character. Some might argue that’s overkill, and they’d be right, if only he were doing this for anyone but himself. No, there’s a sense of solemnity to this feature experiment that aligns more to Gilligan’s commitment to narrative above any other demands, and you gotta respect that. As he’s already proven with Better Call Saul, if there’s a story to be told, he wants to tell it, and El Camino is one such story. It’s a meditative epilogue for Breaking Bad, a film that feels less like a sequel and more like torn-out pages from the original story. Impressive.

Where’s It Playing? El Camino is ready to roll on Netflix. Right now.