The Pitch: Will Smith has a clone, and must fight his younger self.

Okay, Will Smith plays Henry Brogan. He’s an aging military assassin; the best of the best, as many like to assure him. And he is done. Henry has nearly a hundred kills under his belt, and the weight they exert on his soul is becoming too much to bear. (Twenty kills is fine, but over 70? Well, that’s just too much.) Brogan laments in micro-speeches to his colleagues and handlers that he has ghosts, and that he’s afraid to look in the mirror.

Funny he should say that. After being tipped off that one of his Last Jobs was “spiked” — i.e. falsified to make him do something that he might not have done otherwise — Brogan unravels a geopolitical conspiracy surrounding a security-for-hire company called Gemini, named after the zodiac symbol for twins. Brogan uncovers techno-conspiracies aplenty: super-soldiers, illicit wargames, and yes, cloning.

And as all good killers of a certain age will in this sort of action flick, Brogan decides that he’s had enough, and to end Gemini. But there’s one gigantic snag: “Junior,” a younger, faster, parkour-loving Brogan doppelgänger with an eerily shiny face. Also funny, how de-aging CGI isn’t quite there yet. 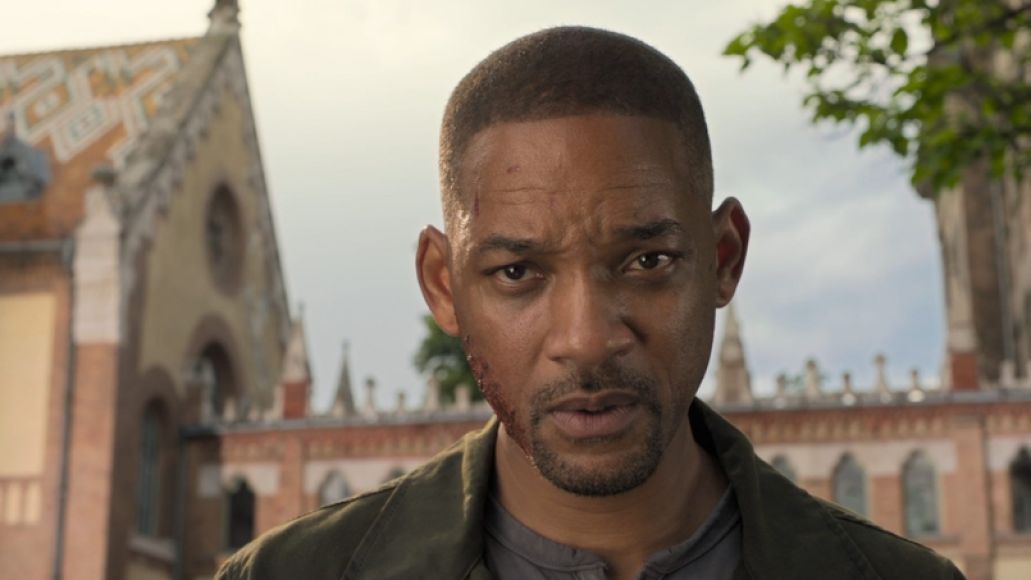 Two Decades to Tango: A little development hell history here. (Because to be honest, it’s a bit more interesting than the film at present.) Gemini Man was sitting in Jerry Bruckheimer’s drawer for two decades and worked on by nearly a dozen screenwriters. It could have been directed by Tony Scott, Curtis Hanson, and no shortage of other A-list directors. This almost featured duplicate Mel Gibsons, Chris O’Donnells, Clint Eastwoods, and even Sean Conneries in the casting cycle. Perhaps the idea was so good that Bruckheimer needed to save it for a just-narcissistic-enough talent. But guess again.

Here we are in 2019, with a finally released Gemini Man starring Will Smith and directed by Ang Lee. And right there, it’s a clash of styles visible right from the top, somehow cancelling out each other’s better qualities. Smith’s signature brashness is restrained by Lee, and Lee’s experimental hands are tied by the needs to make an action flick for Smith. And they both suffer. Gemini Man feels like a film at odds with itself, cautiously avoiding big swings or crazy ideas in favor of bland plotting and action. Curiously, this is the dullest clone conspiracy action thriller with A-list talent we’ve seen in a while. 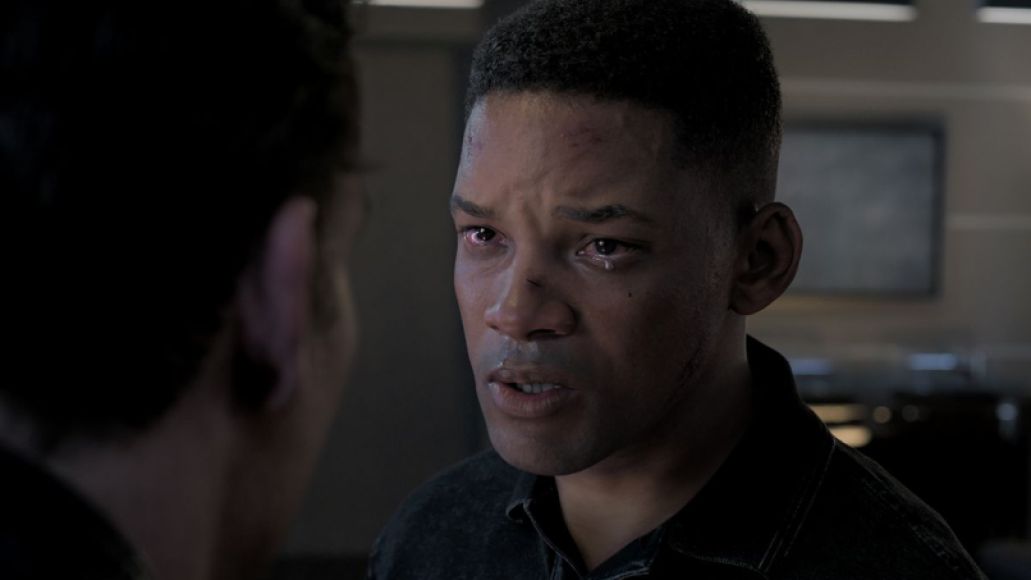 It seems that de-aging CG technology was finally decent enough (more on that in a minute) for a green light, but the finished product is something like Face/Off without the gonzo energy. Maybe it’s the writing by committee, but the produced screenplay is too uptight to be any real fun. Lee is similarly ponderous with the camera, fixated on the aggressive foregrounding of objects to obscure his own action. There’s a global conspiracy at play, but it mostly exists to push pin Smith to new locations for more fights with his clone. Smith, one of the world’s most gifted readers of a one-liner, merely grunts, pouts, and flares his nostrils. Watching the teary-eyed, 51-year-old star deliver a choppy soliloquy about identity to himself, moments before beating the comparative tyke up, is clunky and ridiculous alike.

Gemini Man loves a cheap speech rife with easy metaphors. There’s talk of mirrors, because Henry’s being pursued by his clone. Get it? Plus, the actors are given to be being to give lines often looking directly at the camera – a tactic that doesn’t fit this high-tech fare. We’re made to feel awkward looking Smith in the eyes, moments before watching him shoot and punch his way out of tight spots. And that’s it. Action, talk, location, over and over. Gemini Man repeats its way to a limp resolution. To be clear, Gemini Man wants to be this somber-but-vivid actioner, and the tones never unite. 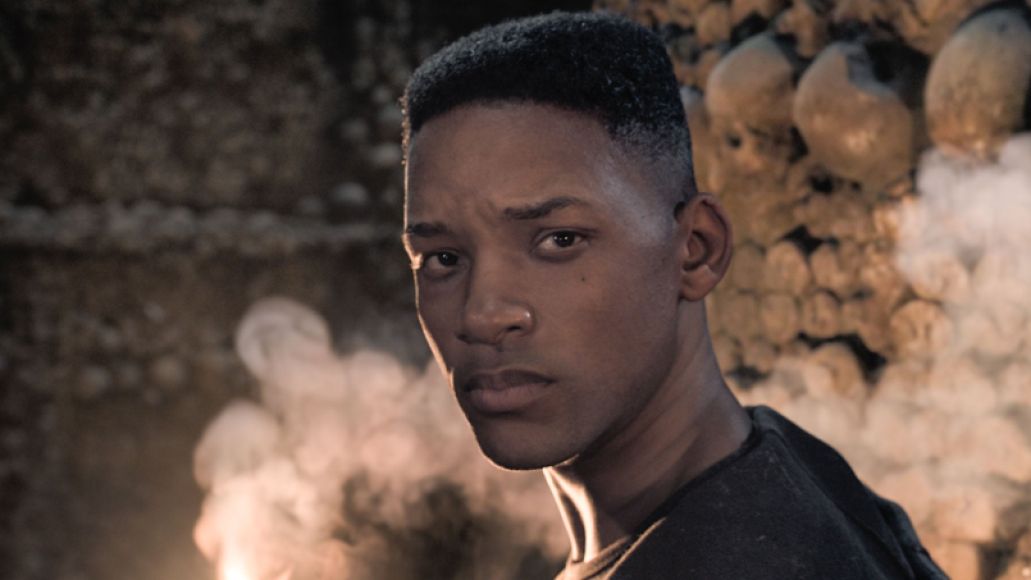 Face… Two Face: And now the $138 million question. The reason people are even remotely curious about Gemini Man. Is Will Smith’s young digital face any good?

Initially, there is a curious thrill. “Wow, the Fresh Prince got cast in an international thriller. Look at him on a dirt bike, using it like an axe!” In short, the feature-length special effect is kind of cool, and it generally succeeds. Lee, along with DP Dion Beebe and a team of digital experts, carefully recraft Smith’s youth. Beyond the digital, there’s older visual trickery in the vein of framing young Smith in the shadows, putting sunglasses on him, or glancing at him in quickly cut flashes. The tricks help avoid the necessity of the viewer lingering on Smith’s young, animated face for too long. (Perhaps his quiet stoicism was a trick to avoid mouth movements, and some of the other dubious flaws seen before in de-aging.)

But the face stuff melts under pressure the further along the movie gets. As more time is spent on Smith’s baby face, more little things, little flaws to be exact, get noticed. Weird soft focus shots when “Junior’s” in the background, pores that look a little too decorative, and most damningly, daylight is a problem. Just wait until young Smith looks directly into the camera, in harsh light, and smiles. It’s tough to look at, and one eerie step closer to replacing actors entirely.

The Verdict: Gemini Man isn’t somber enough to elicit intrigue or empathy, and too safe to pop viewers. But perhaps most damningly, Gemini Man is too sincere to be taken seriously at any level. A tonal miss and technical meh, Gemini Man arrives looking and feeling self-defeated.

Film Review: Gemini Man Is Face/Off Without the Gonzo Energy