The Pitch: It’s been roughly 21 years since we last saw The Addams Family on the big screen. Now, they’re back, thanks to writers Pamela Pettler and Matt Lieberman, along with directors Conrad Vernon and Greg Tiernan. Returning as an animated feature, Gomez (voiced by Oscar Isaac), Morticia (Charlize Theron), Wednesday (Chloë Grace Moretz), and Pugsley (Finn Wolfhard) let loose on a bombardment of goofy fun.

Now, one of the many charming qualities in Barry Sonnenfeld’s ’90s Addams Family movies was their delightful sense of morbid humor. Not only does this animated re-imagining deliver on this front, but it consistently churns out one wacky bit after another, warranting a graveyard’s worth of laughs. As the Addams’ get acquainted with nearby townsfolk, and with extended family on the way to visit, audiences can expect a solid mix of spooky joy. 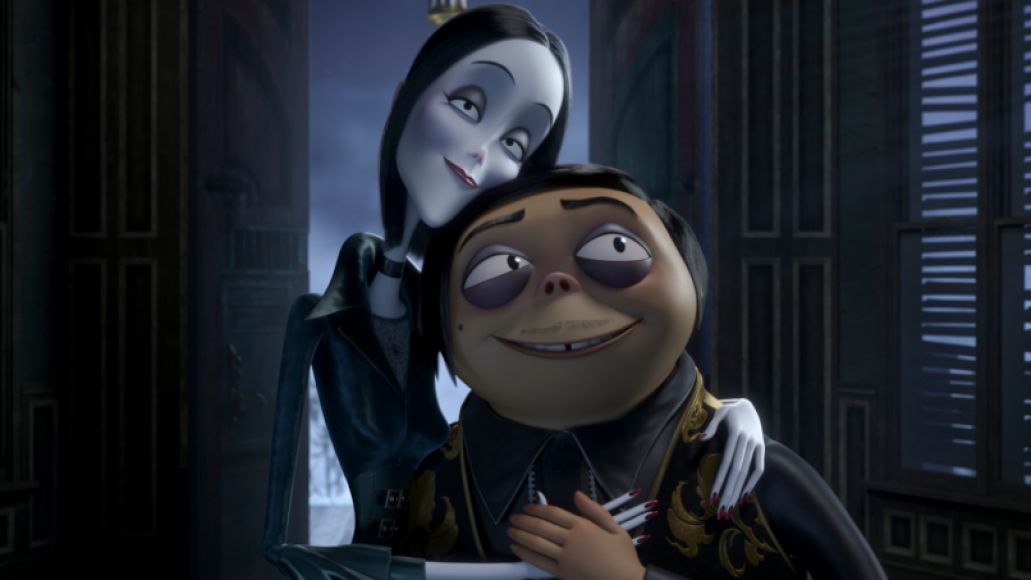 They’re Creepy And They’re Kooky: As always, each of the family members has an odd appeal to them. It doesn’t take long to witness Wednesday’s eerie mannerisms as she attempts to bury her brother alive, or how Pugsley loves explosives. Even other members of the family, such as Uncle Fester (Nick Kroll) and Lurch (Conrad Vernon), bring their own charm to the picture. The Addams’ household is full of creepy fun as well; from the man-eating plant in the foyer, to the pet lion and spirit of the house itself, each and every accoutrement is gunning to be ghoulish.

Sometimes things just work naturally, particularly the film’s twisted observational humor. Like when Wednesday decides to visit a school and calls it a prison for children. More often than not, though, the film digs six-feet under to find some inspired, irreverent humor. One scene finds Gomez visiting the town’s coffee shop, to which he ends up leaving with a filter full of raw coffee beans, chomping away at them and describing how delicious they are as he heads back home. In sum, each family member gets their time to shine when it comes to stirring laughs.

But really, none of it would work if not for the talent behind the mic. Each A-lister really sells their respective characters, particularly Theron and Moretz. Both ladies not only offer the strongest comedic bits throughout the story, but they’re also the center for one of the film’s themes. If there’s a weaker link amongst the bunch, it’s unfortunately the man of the house. Gomez is left lingering throughout most of the film, and his comedic parts and mannerisms don’t land as much as the others. 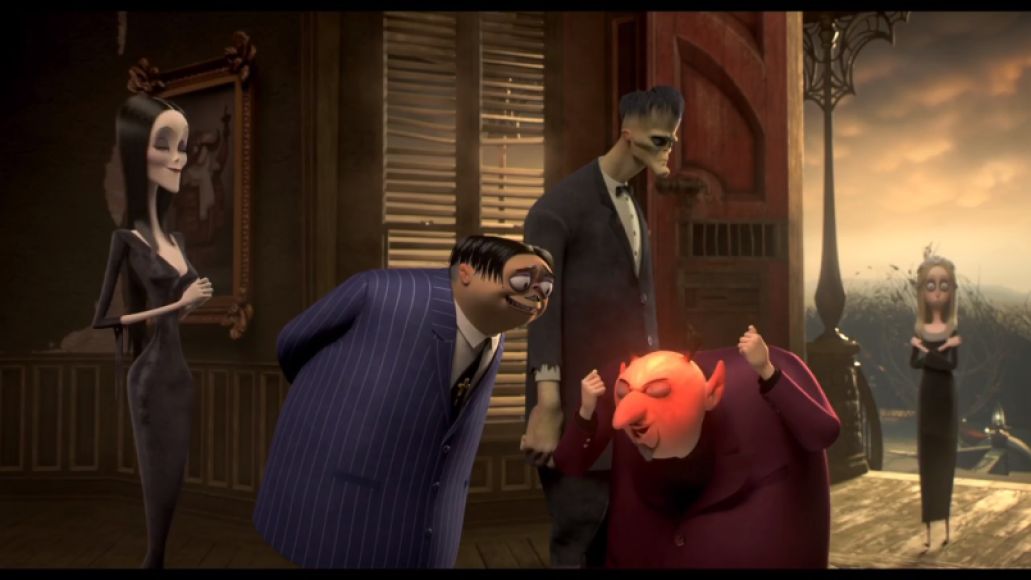 There Are Themes Lurking In The Shadows: The film starts by bringing the viewer back in time to the night of Gomez and Morticia’s wedding. From there, not only are we reminded of their eccentric personalities, but we’re also shown how other people view them. Villagers from the town they live in interrupt the couple’s ceremony, driving them and their family away. From here, The Addams Family plants the seed to further explore its larger themes, that of family and what it means to be different.

When the Addams realize there’s a town beyond their gates, they investigate. The town, dressed up in bright colors, finds its quasi-community leader in TV personality Margaux Needler (Allison Janney). Given that she remodels homes, she looks to make a big television special by re-doing the entire town, all part of a project titled Assimilation. Yes, the film’s themes are very on-the-nose — hell, a group of teens even sings about how it’s more of a joy to fit in rather than be yourself — but there are some intriguing dynamics that warrant some fun banter between characters. And while themes of individualism are shoved right in front of the viewer, there’s also a funny charm to it, one that adds to the nonsensical humor.

But it wouldn’t be an Addams Family romp without some meditations on their palpable family dynamics, and this animated tale certainly sinks its teeth into that area. Eventually, we see a rift form between Morticia and Wednesday (as well as a minor distance between Gomez and Pugsley), all of which explore the importance of unity in a family, but also of acceptance. These themes work in tandem with the ensuing assimilation arc happening back in town, but they also feel a bit contrived at times. If anything, they tend to feed more into the film’s lighthearted nature than ever achieving any kind of depth. 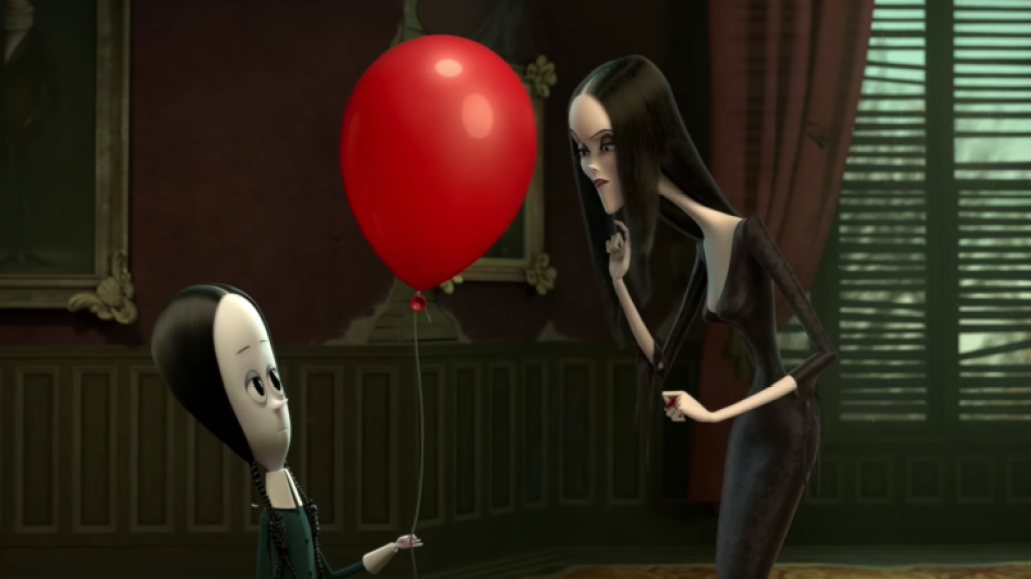 Welcome To The Family: The Addams Family is a wonderful gem to see with the kids during the Halloween season. No, the messages aren’t the deepest you’ll find in a kids movie, but one can certainly appreciate the effort to involve any kind emotional level in the narrative. At the end of the night, The Addams Family is a comedy, and a good one at that, delivering the kind of morbid humor that reminds us why we’ll always accept their invitations.

Where’s It Playing? The Addams invite you to join them in theaters everywhere.

Film Review: The Addams Family Is a Sweet Halloween Treat