Track by Track is a music feature that asks musicians to give deeper insight into each song from their latest studio effort. Our latest edition finds Guided by Voices discussing their new LP, Sweating the Plague.

Guided by Voices are set to release the latest album in their prolific career, Sweating the Plague, on November 1st. Ahead of the official due date, the full thing is streaming in below.

While band mastermind Robert Pollard has released over 100 albums since forming GBV, Sweating the Plague marks the project’s 29th studio full-length. It’s their third of the year following February’s double-LP Zeppelin Over China and April’s Warp and Woof.

This time around, the indie rockers teamed with frequent collaborator Travis Harrison. As noted in a press statement, Harrison’s “counterintuitive approach to Guided By Voices’ historically lo-fi sound is that he doesn’t want it to sound homemade,” which allows the “grinding tectonic plate guitars of Doug Gillard and Bobby Bare Jr. [to] anchor the album.”

Physical pre-orders for Sweating the Plague are available via Rockathon Records. Guided by Voices have a small handful of shows coming up to close out 2019, including a planned 100-song performance at Los Angeles’ Teragram Ballroom on New Year’s Eve. Get tickets to all their gigs here or via the band’s website.

Listen to Sweating the Plague now.

For more on Sweating the Plague, Guided by Voice’s own Doug Gillard has broken down the record Track by Track.

“Mother’s Milk Elementary”:
This song came to Bob wholly formed in a dream. It features a brilliant a cappella first stanza. I think even his idea for the middle passage, reminiscent of a school concert band, was in that dream.

“Heavy Like the World”:
The first single from the album. Reconfiguring an older song from Suitcase 2 called “I’d Choose You”, Bob wrote fresh new lyrics and the band bring their own styles to the parts. 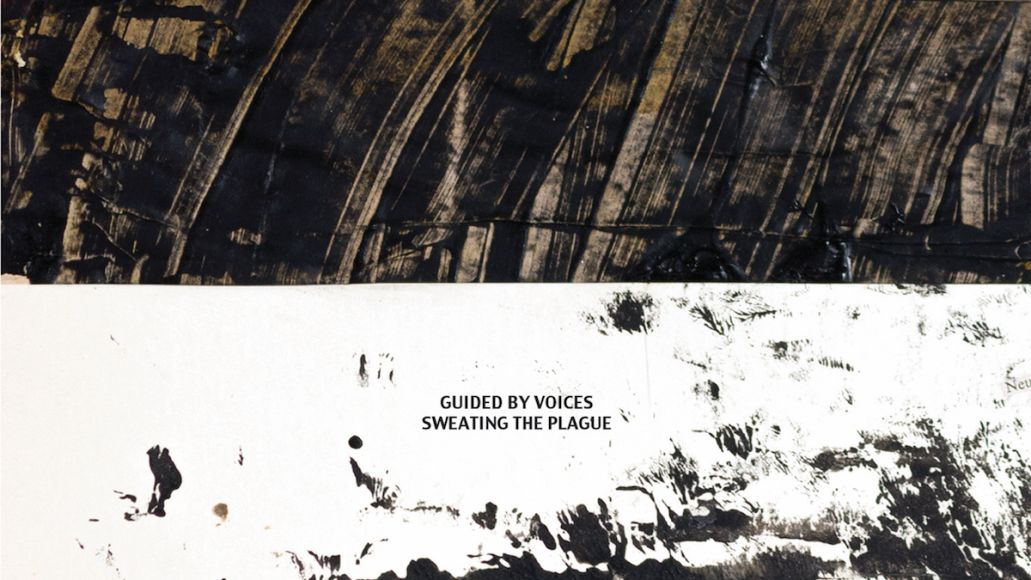 “Ego Central High”:
A musical inspirational poster, minus the corn. In a “fight song for everyone… to forever improve your game,” Bob guides you to Find Your Elevation over a majestic rock groove.

“The Very Second”:
A moody melodic major-minor pop rock song. This one weaves in and out of sections, gaining intensity.

“Tiger on Top”:
Multiple tempos take us through a narrative prog epic. Oh, yeah, and it really rocks.

“Your Cricket (Is Rather Unique)”:
This is a song formerly released in demo form on the LP Suitcase 4, redone here with Kevin on vocals and Travis Harrison on drums. 12-string acoustics, heavy electrics & solid bass round out the mix.

“Immortals”:
A driving rock song with a syncopated groove — I play a guitar riff Bob sang on his demo on the verses. Part one morphs into a beautiful day in the life-like long outro.

“My Wrestling Days Are Over”:
The woeful tale of a retired pro wrestler “still standing in the spotlight as the broken monitor prevails”. What we hear is Bob’s demo (vocals and acoustic) with our playing on top of it. There is a spirited ending complete with crowd sounds sourced from actual matches.

“Sons of the Beard”:
The album ends with epic prog. “Sons of the Beard” is a biker’s nest of a tale. Its a very dynamic multipart song, it was great fun to play synth & strings on this one. Mark Shue plays a great bass melody at the end, and the behind-bridge strums return to fade you out of the record.