It’s been nearly 26 years since Nirvana took the stage for their iconic MTV Unplugged performance. Now, fans can own a piece of that historic set, as the sweater worn by Kurt Cobain is being auctioned off later this month.

The frontman’s green sweater is still in its original condition — and yes, it’s never before been washed. “It’s very important that we don’t wash it,” Darren Julien of Julien’s Auctions told Rolling Stone. “The stains are still there. There’s even cigarettes burns that you can see on the sweater.”

The clothing item, which is also distinctly missing one of its five buttons, will be available for bidding on Julien’s Auctions beginning October 25th. It’s expected to nab a whopping $300,000. Update: The sweater was officially sold for an impressive $334,000.

SOLD for $334,000! A vintage cardigan sweater worn by Kurt Cobain during Nirvana's MTV Unplugged performance in 1993.

That’s more than double what the cardigan sweater sold for just a few years ago. During a 2015 auction, it was bought by an anonymous businessman for $137,000. 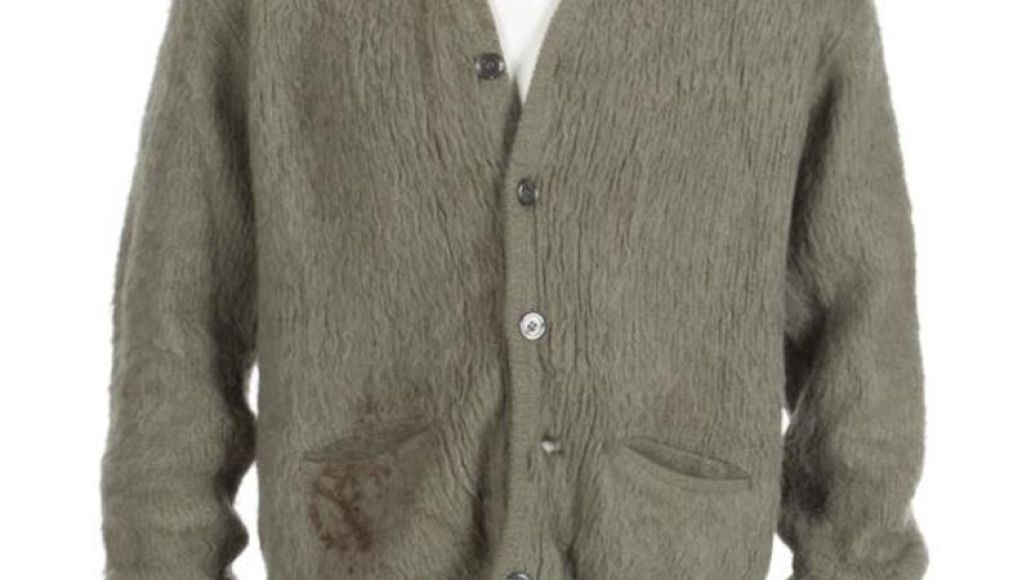 The rise in price shouldn’t be that surprising, though, considering the high demand for Nirvana memorabilia as of late. Earlier this year, a hospital gown that Cobain wore during the band’s epic Reading Festival performance was estimated to fetch $50,000. Meanwhile, a greasy paper plate used by Cobain pulled in $23,000 this past May.

As with the 2015 auction, Cobain’s Unplugged sweater comes with a letter of provenance handwritten by Jackie Farry, a close acquaintance of Courtney Love and nanny to Cobain’s daughter, Frances Bean Cobain. Love gifted Farry with the sweater after the Nirvana rocker’s death in 1994.

For more information, find the official listing on the Julien’s Auctions website. The sweater is part of Julien’s larger Live Icons and Idols auction, which also includes a custom guitar used by Cobain during Nirvana’s In Utero tour. The auction also boasts handwritten lyrics by Bob Dylan, Aretha Franklin, and Bruce Springsteen.

Cobain and Love’s former Seattle home recently was put on the market with a price tag of $7,500,000. For something more affordable, Cobain’s estate just launched a “Kurt Was Here” clothing collection featuring $113 shirts. Fans can also snag themselves 25th anniversary vinyl reissue of MTV Unplugged on November 1st. 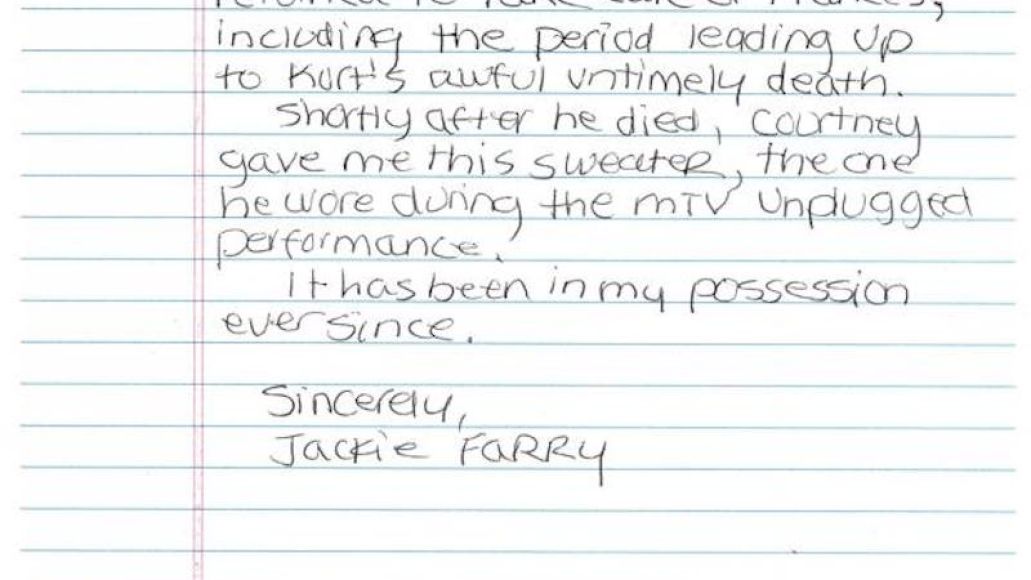 Kurt Cobain's unwashed MTV Unplugged sweater to be auctioned off