God Control: “Chicago, Madame X has arrived.” No shit. Late on Wednesday night, Madonna descended upon The Chicago Theatre for the first of seven shows. How late? Well, she didn’t actually go on until 11 p.m., despite tickets initially reporting an 8:30 p.m. start time. She was also originally scheduled to crack open her run on Tuesday night, but had to reschedule earlier this month. To top it off, she required everyone to disconnect from their phones, not through a No Photos policy (which means jack shit today, anyhow), but by tasking a security team to literally place everyone’s phones into a small baggie, which could only be unlocked at designated lounges. The Queen’s demands.

While this turned the lobby into a chaotic scene — think of all those moments in World War II dramas where lovers wave goodbye to each other at the train station (just replace soldiers with smart phones) — this actually turned the theater into focused assembly. (In fact, this writer quickly realized all time went out the window, seeing how he doesn’t own a watch anymore.) It was an ideal setting for Madonna, who would be the only source of stimuli for the remainder of the night, and she capitalized on that unlikely (and seemingly unprecedented) reality in every possible way. For some, a little too much. 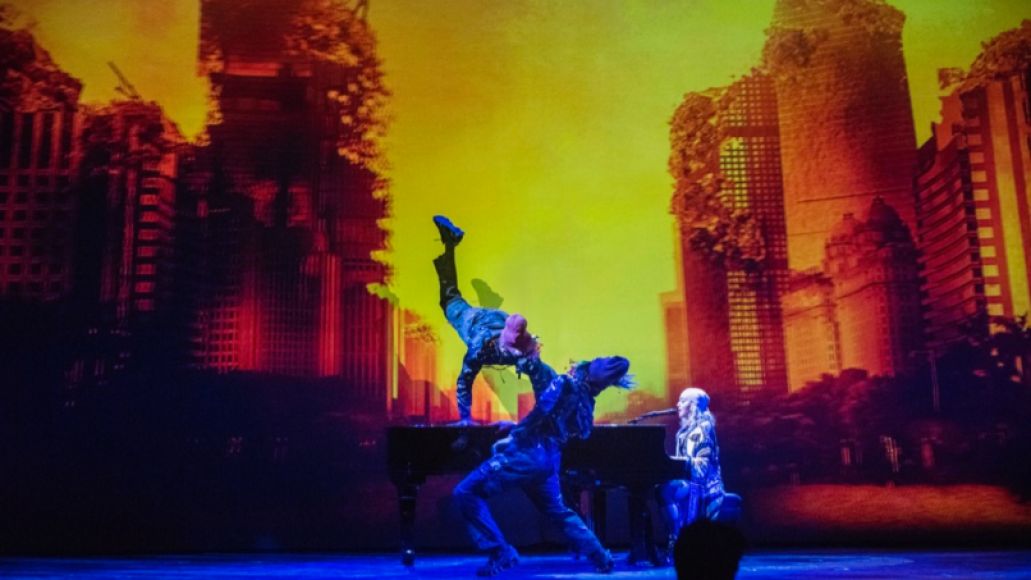 Express Yourself: Nothing is happenstance for someone like Madonna. Like her late peer Michael Jackson, the King to her Queen of Pop, everything she does carries some significance or weight to it. So, the idea of eschewing arenas — her medium over the last three decades — for the intimacy of a place like, say, The Chicago Theatre speaks to her vision. She’s not trying to scale down for exclusivity. She wants a genuine connection, and that speaks to the conceit of her latest album, Madame X. Her 14th record to date, the album finds the former Material Girl on “a psychedelic, globetrotting, reggae-, cumbia-, and disco-tinged adventure,” to quote our own Wren Graves in his mixed review. He’s not wrong, and that description from back in June also sums up her new live venture to a tee.

For over two hours — again, don’t forget that late start time — Madonna more or less makes you listen to Madame X. Of the 20+ tracks she performs, 12 are dedicated to the new record, and they’re not just performed. No, nothing is that simple with this show. They’re rolled out through one elaborate set piece after another. What starts out in a deconstructed America eventually flies over to Lisbon, then to Colombia, and beyond, all of which is divided into separate acts that are laced together through MoMa-ready dance routines, a capella’d hits, video interludes, or simple crowd work. While the performance-based segues are inspiring and mystifying — particularly, a surprise in-crowd appearance of batuque singers — the more off-the-cuff moments truly elevate the night.

These moments forge that aforementioned connection, and Madonna “went there” with Chicago. She cracked jokes about small dicks and Mozart coming out of her pussy. She sold a Polaroid selfie to a nearby fan for $3,600. She shared a beer with a nearby aspiring comic. She digressed at great lengths about getting fat as a soccer mom in Lisbon. Some of this admittedly wasn’t too surprising — c’mon, Madonna has always been transparent with her fans — but the intimacy of it all was overwhelming. It also helped her embellish the show’s agenda, which was seemingly founded on the writings of the late and great James Baldwin, whose quote tipped off the show: “Now, it is true that the nature of society is to create, among its citizens, an illusion of safety; but it is also absolutely true that the safety is always necessarily an illusion. Artists are here to disturb the peace.” 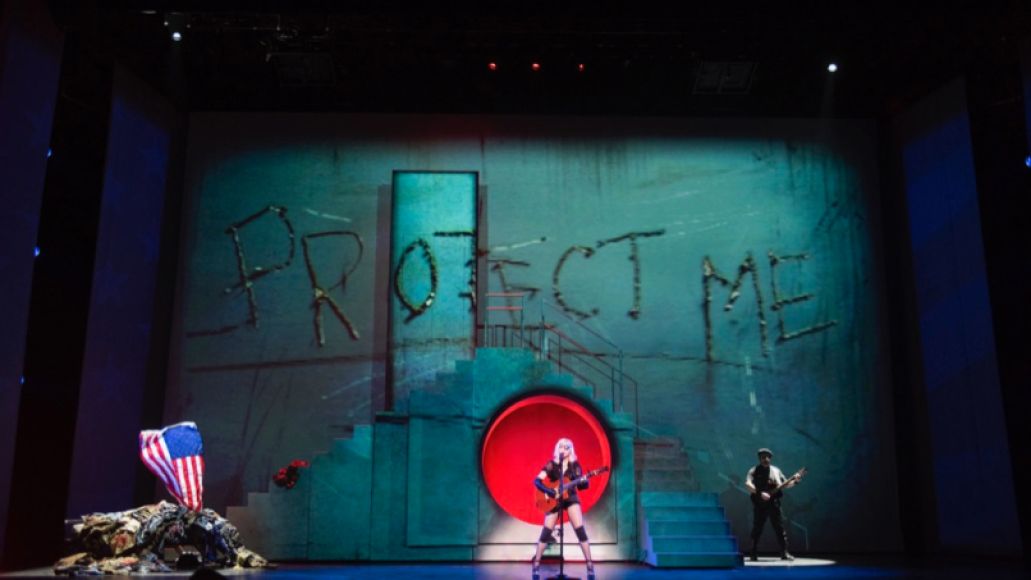 Miles Away: Needless to say, she made good on those words. Art isn’t supposed to be easy, after all, and Madonna refused to pull her punches. If she wanted to talk for 10 more minutes about the meaning of “fado”, she was going to do it. If she wanted to joke about sleeping on the piano, and escape the Chicago weather, she was going to let that bit bleed for as long as possible. Not surprisingly, this didn’t go over too well with some fans, especially those who came in expecting a sweaty dance party of hits and yucks. Throughout the performance, you could hear a range of pre-Halloween ghouls moaning for hits like “Into the Groove” or “What It Feels Like For a Girl” or “Burning Up”. These requests all went unanswered, much to their chagrin, and many eventually disappeared into the darkness as they sulked in their respective velvet chairs.

To be fair, though, could you blame them? On one hand, here’s an artist with full agency and total control, beautifully utilizing this immersive backdrop to contend with not only societal ills but her own existential fears. Yet, on the other hand, you also have tired Midwesterners, who bought tickets with the mistaken notion that they were going to see their favorite star play their favorite songs in a small setting — and what’s more, were willing to brave the late hours of a weeknight for it. So, when Madonna was standing there, telling them to get out of their comfort zones, it was a little ironic, to say the least. And by the time she urged everyone to travel and see the world, while she also painted this wonderful life of riding horses on Portugal’s beaches, it was easy to see why some have checked out. Travel the world? Christ, this writer was sweating paying for a cab home.

To Have and Not to Hold: Then again, Madonna was pretty self-aware about the whole endeavor. At nearly every interval, she copped to her own privileges — she kind of had to given the woke themes baked into the new songs — and the show itself never wavered from its central conceit. So much so that even her back catalogue choices were earnest to that narrative; the fact that “Frozen” was the only track representing Ray of Light, or that she decided to even revisit “American Life”, all confirmed this was never going to be a casual thing. No, this a chance for Madonna to truly live up to her words — to express herself — and at a time when she knows damn well that the future might not include her.

That notion isn’t exclusive to just her, though. At one point, Madonna pleaded for us to make that realization ourselves, to acknowledge that the future will continue, no matter who we are and what we do. True to her New York roots, she checked her own ego, alluding to the pettiness of obsessing over something as meaningless as Instagram followers. “I’m not competitive,” she joked with a sly smile. Funny, yes, but also surprisingly sobering. In these gasps, she wasn’t Madame X, or even Madonna. She was a self-deprecating and brazenly honest human being, soaking up the culture that created her and the culture that will undoubtedly move beyond her, and seeing that alone was far more riveting than hearing fucking “Into the Groove” again.

Having said that, would’ve been nice to hear all of “La Isla Bonita”.