Origins is a recurring new music feature where artists are asked to reveal some of the things that influenced their latest track. Today, Marinara talk about what they put into the sauce of “Desert Schtick”.

Like any fine sauce, indie rock outfit Marinara is all about the perfect balance of its members. Prior to coming together, frontman Nick Cortezi, bassist Julius Unger Bowditch, and drummer Quinn McGovern each had acted as supporting members in Future Teens, Your Dog, and Active Bird Community, respectively. Now in the mix with guitarist Yuta Shimmi, each gets a chance to shine more than ever before, and that’s what makes Marinara a true indie delicacy.

The quartet’s debut record, I Feel Like Dog, is out November 8th. Today, Marinara are revealing a fresh taste of the effort with new single “Desert Schtick”. With each musician sitting comfortably in a pocket next to the others, there’s a true sense of equilibrium that calls to mind The Weakerthans or LVL UP. In contrast to the communicative composition, however, the lyrics reflect on social reticence: “Waste another weekend/ Stay the day in bed/ Smearing words and breedings/ Butter in the bread.”

For more on what ingredients went into “Desert Shtick”, Marinara have broken down the song’s Origins.

Off Road Tattoo Segment from Jackass:

I watched all three Jackass movies again while recording the album. I don’t even know if this particular sketch is in my Rushmore all time segments on the show, but I watched it the morning we geared up to record “Desert Schtick”. I could never write a song that comes close to capturing the image of Steve-O getting his arm inked with Henry Rollins barking from the driver’s seat. It did help me crash into a headspace suited for slamming our way through recording oh-so-many takes of this damn song.

I’m not being hyperbolic when I say I try to emulate the lyricism of Joe D’Agostino from Empty Country/Cymbals Eat Guitars in every song I write. I think he is unparalleled in the ability to take an anecdotal moment and extend its implications into concepts of death, inertia, and ultimately the ways in which we can reassess the trappings of ourselves. In this Cymbals Eat Guitars song, I found inspiration in the chorus’s exploration of repetition and parallel lives lived. Wrestling with eternal recurrence can become its own obsession. The bridge of Desert Schtick revisits those questions with the final verse attempting to point a way out of paralysis. 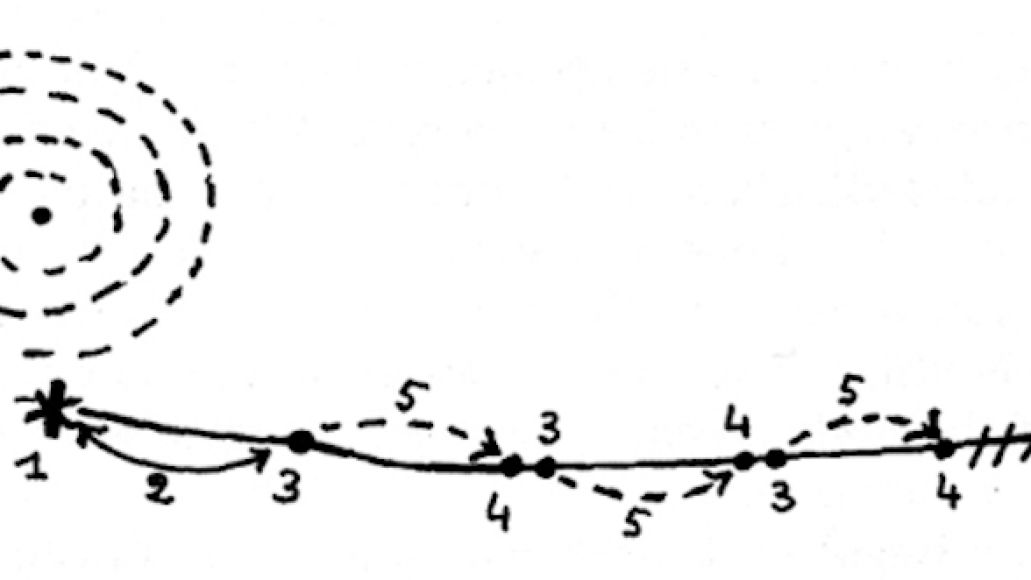 One concept that continues to rattle around in my noggin is Deleuze’s concept of lines of flight. How the creative act can create exits to escape old, worn out ways of living. In this song, my line of flight was a desert drive to Las Vegas and chasing down the marquees on the horizon. It’s a hope for transformation by allowing new flows and paths to open up unexplored or undiscovered possibilities. I have a tendency of getting trapped in my head and not being able to see how I could work with instead of against myself, but this song is my personal anthem to show me how I can become more than strictures of identity. 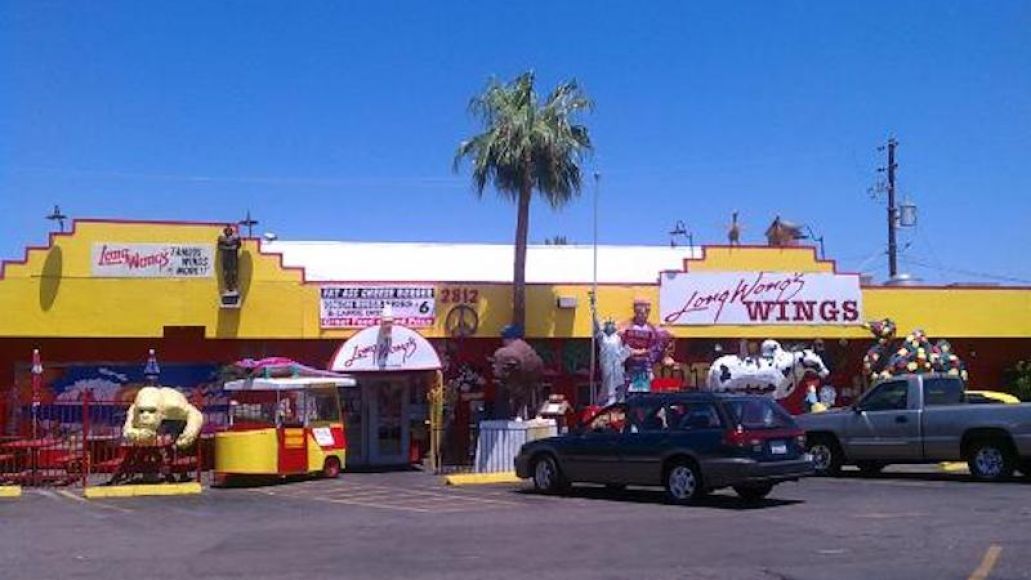 Quinn and Yuta grew up in Arizona and I spent a lot of visiting over the years. Seeing as it takes forty minutes to get anywhere in that damn town, 40% of those vacations were spent cruising through the sprawl. I’d often drift off into a bit of a fugue state during those long, lonely excursions into the desert. The desert landscape contrasted so intensely from growing up in East Coast cities and it was a revelation to lose myself in its alien scope. There’s a spot called Long Wong’s that we would hit every time and it was the post basketball treat for Quinn growing up. Eating hot wings in dry sandy heat seems like a bad time, but it somehow gelled. But driving an hour for wings is still a bit much, no matter how good the curly fries.