Origins is a recurring new music feature that challenges an artist to give a concentrated breakdown of all the influences behind their latest track. Today, Matt and Kim reveal why they’re ready to “GO GO”.

Given their propensity for unbridled enthusiasm during their live shows, Matt and Kim have an unfortunate history of stage injuries — particularly drummer Kim Schifino. She tour her ACL while they were making 2017’s Almost Everyday LP, and did it again earlier this year at Omaha’s Maha Music Festival. This time, she’s thankfully healed just in time for the launch of the duo’s upcoming tour commemorating the 10th anniversary of their breakthrough sophomore album, Grand. To celebrate and prove they’re ready to get going, Matt and Kim have released a new single, “GO GO”.

As befitting both the band and the song’s title, “GO GO” is full of relentless energy. It’s an anthem for those ready to jump off the couch and answer the call of their own nagging desire to absorb all life has to offer.

“GO GO” comes accompanied by a music video featuring young dancers Audrey Lane Partlow and Romeo Blanco as “Little Kim” and “Little Matt”, respectively. The 15-year-old Partlow actually choreographed all the moves, and the clip was directed, shot, and edited by the band’s Matt Johnson himself. Check it out below, and see if you can learn the dance moves before you catch Matt and Kim on the “Grand 10th Anniversary Tour”. Grab tickets here.

For more on what inspired Matt and Kim to “GO GO”, they’ve broken down the songs Origins.

Dancing around the house:

We actually started “GO GO” in 2016. It had this kinda upbeat and fun vibe that we were dancing around our house while making but never got around to finishing it.

When we were working on our album Almost Everyday in 2017 Kim had torn her ACL, we couldn’t do shows all year, so much fucked up stuff was happening in the world we just weren’t in the right headspace for an upbeat fun song. But then we got back on the road, and we started coming back to our positive outlook on the world, and even with all the messed up stuff there can still be hope! So we were back, ready to make music that felt more like ourselves, we were inspired to finish “GO GO” and back to dancing around in the house. 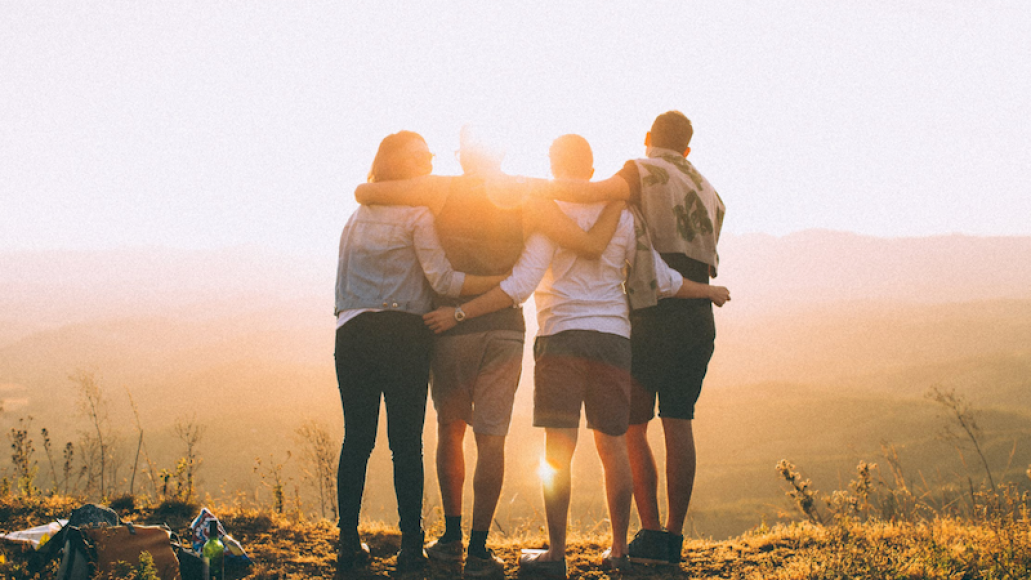 The other thing to note really all stems from the line “My friends we sing the same song, and it’s not for everyone.” I think when we wrote this song we just thought about what us and our friends would enjoy.

While I love every song we’ve ever released, there is still pressure sometimes that it has to reach X number of people and fit in a commercial space yada yada… we’ve always been comfortable and even proud of the fact that we’re never been a band that’s for everyone. Most bands that are, are honestly a little watered down for me. Our fans and friends, the community who listens to our music and puts arms around each other at our shows are everything we need and more!