The idea of the deep cut has always been somewhat confusing. Sure, the term’s meaning is clear enough as a catch-all for any song that is lesser known within an artist’s oeuvre. But as a concept, the “deep cut” label often summons connotations of quirkiness and eccentricity, sometimes where there is none to be found.

Neil Young and Crazy Horse only make this business trickier, as their entire songbook can seem like one noisy whole without discernible parts. (Thank you, feedback.) I can’t confidently tell you why “Down by the River” is more renowned than “Danger Bird” –another dark, slow-burning showcase for Young’s lead guitar work — or why the inviting “Lotta Love” gets fewer spins than much of the more abrasive fare the Horse likes to kick at our faces. When trying to isolate the group’s best deep cuts, you realize that their discography subverts the very notion: Even their classics are B-sides in spirit. 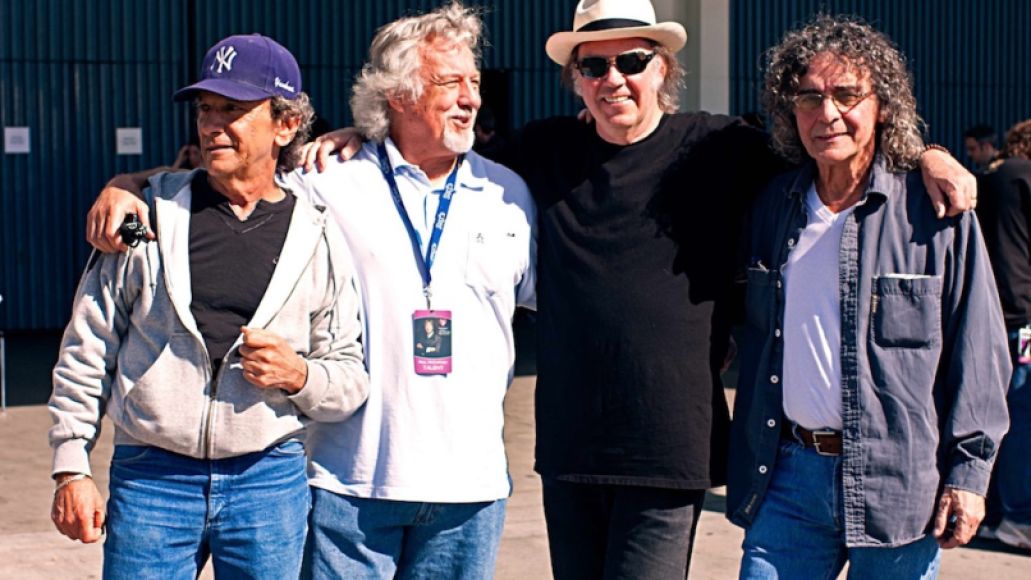 These 10 choice tracks, then, are a whole lot more than just overlooked. They’re a collective testament to the singularity of this musical beast — a team of uninhibited collaborators whose work across five decades thrums with an unabating sense of freedom. We won’t be at all surprised if Colorado, their new album out this week, plays more like this list or a greatest hits collection. This band makes it harder than most to tell the difference.

Everybody Knows This Is Nowhere turned 50 earlier this year, and it still holds up as one of Young’s absolute best records. In contrast to the tasteful, polished folk rock of his 1968 debut, Young’s first rodeo with Crazy Horse is raw, messy rock ‘n’ roll, the kind that’s less about note-for-note technical precision and more about capturing the perfect vibe in the studio. You get a sense of this on the album’s title track, a shaggy, scratchy take on country rock. It may not be wild as “Down by the River” or “Cowgirl in the Sand”, or even “Cinnamon Girl”, but its charming roughness — much like the oversized flannel shirt the songwriter wears on the album cover — foreshadowed the influence Young would have on the grunge movement two decades later. –Jacob Nierenberg

“Don’t Cry No Tears” kicks Zuma off with a catchy, gentle riff that sounds decidedly un-Crazy Horse, especially on the heels of the glum and introverted Tonight’s the Night. But the song, addressed to recent ex-girlfriend Carrie Snodgress, quickly racks up its share of jagged, idiosyncratic Young-isms: quavering vocals, parenthetical asides of barbed guitar, cinder-block drums thudding just a hair off the beat. It’s one of the more earworm-y songs that Young has ever written, but it’s still unmistakably his — like something the Eagles might do if they wore flannel and lived in the woods. –Matthew Taub

Zuma’s “Danger Bird” is the ultimate sleeper pick in discussions of Young’s best guitar work. It’s not as raunchy as “Down by the River”, nor as melodic as “Cortez the Killer”, but the song climbs steadily toward a hypnotic crescendo as Young’s guitar jerks and writhes higher and higher — like a bird not quite comfortable taking off. The song is another mediation on Young’s breakup with Carrie Snodgress, and Crazy Horse here are perfectly, ominously subdued, leaving Young with space to storm or otherwise leave disconsolately empty. Lou Reed himself called the guitar playing on this track the best he’d ever heard, and he’s right that Young is simply not like other guitar heroes. Many of them show off with solos that soar, but few capture the loneliness and pain of life in the air. –Matthew Taub

In 1975, Young was gearing up to release a solo, acoustic album named Homegrown, about the collapse of his relationship with Snodgress. Instead, he released Tonight’s the Night, deciding that Homegrown was “a little too personal” and “just a very down album.” (Mind you, Young was still reeling from the deaths of two close friends when he wrote and recorded Tonight’s the Night.) Homegrown’s title track later appeared on American Stars ‘n Bars, recut with Crazy Horse as a short and sweet country-rock sing-along, extolling the virtues of growing your own crops (read: marijuana). For the most die-hard fans, “Homegrown” stands as a bittersweet reminder of what could have been, but for what it is, it’s a hoot — as silly as Young would allow himself to get on record. –Jacob Nierenberg

Things tend to get loud when Young and Crazy Horse get together, but “Lotta Love” is a tender, understated exception. The song, a late addition to Comes a Time, was patched in after the higher-ups at Reprise Records asked Young to flesh out the tracks he already had. Perhaps still raw from the label’s sidelining of Hitchhiker (which wouldn’t be released until 2017), Young obliged, taking the opportunity to record two new songs with Crazy Horse. Of the pair, “Lotta Love” is the keeper, featuring a beautiful guitar-and-piano interplay as well as some of the finest singing of Young’s career: “So if you look in my direction/ And we don’t see eye to eye/ My heart needs protection/ And so do I.” The song was a top 10 hit for Nicolette Larson, who was moved to cover the song after finding a tape of it on the floor of Young’s car; though his own version was overshadowed by Larson’s, it stands as one of the most unabashedly lovely tunes Young has ever written. –Jacob Nierenberg