Neil Young and Crazy Horse have teamed up once again to release Colorado, their first collaborative album since 2012’s Psychedelic Pill. Stream it below via Apple Music or Spotify.

“We started off doing something that we’d never done before, just to see what would happen… Every time you do a song, it’s an opportunity to define it and what it means and how it feels. So if you feel it while you’re doing the song [live], you’re fucked, you’ve already done the song. It’s only going to happen once like that, when you get that feeling. And so I had that feeling on a couple of the songs, that I’d done the song. I didn’t want to do it again.”

Thematically, COLORADO takes aim at the current world around us. Early preview singles included “Milky Way” and “Rainbow of Colors”, the latter of which intersects political, cultural, and climate issues into one clear call for peace. Last month, the rockers also put out the minute-long tune “A love letter from us”, which served as a reminder to be thankful for our beautiful, fragile earth.

Physical copies of the album in both vinyl and CD are available over at Neil Young’s online Greedy Hand general store. For the moment, all tour plans have been postponed, in part so Young could work on a documentary called Mountaintop that centers around the making of COLORADO. Following early screenings in the US, it will next play for another sole evening on November 18th in South America and Europe. Keep an eye out for more details to come. 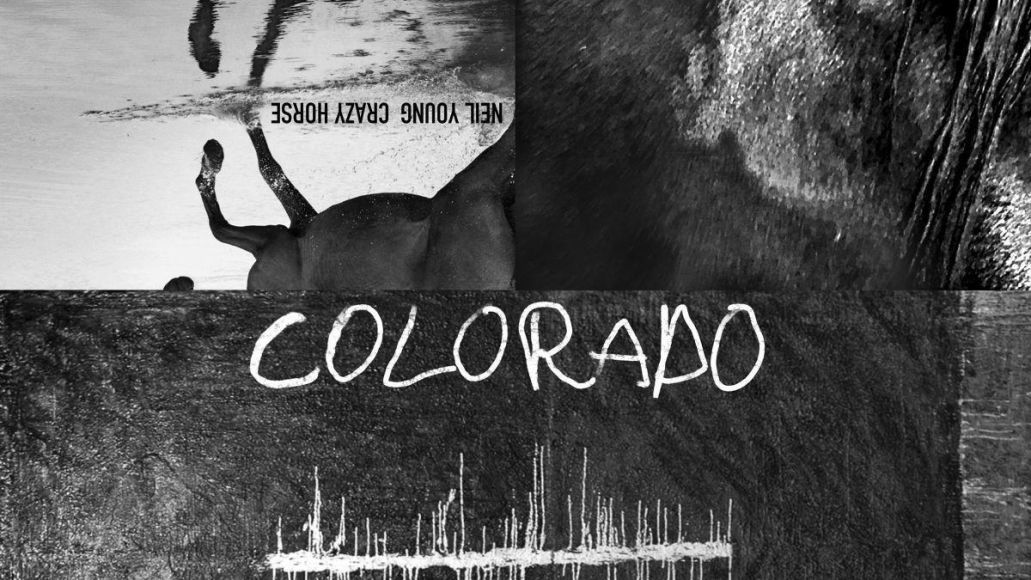