Origins is a recurring new music feature in which artists reveal insight in their latest single by digging into its influences. Today, Norwegian pop punks Sløtface tell us what it means to be a “S.U.C.C.E.S.S.”.

Sløtface have today announced their sophomore album, Sorry for the Late Reply. Coming January 31st via Nettwerk/Propeller Recordings, the effort follows the Norwegian pop punk outfit’s 2017 debut, Try Not to Freak Out.

Honed during performances in Norwegian prisons as part of a nationwide arts initiative, the 13 songs on Sorry for the Late Reply find the quartet as politically minded as ever. Still, even as the catchy, tongue-in-cheek tracks condemn much of the madness we currently live in, there’s pensiveness in the anger. “It felt to simple to say ‘Fuck America,'” songwriter and vocalist Haley Shea said in a press release, “because that’s not how I feel.”

New single “S.U.C.C.E.S.S.” captures that cheeky attitude perfectly. With a grooving rhythm and vocal melody, the song builds anxious tension in its squealing guitars and Shea’s drill sergeant delivery: “Why be good enough when you can be the damn best?” As Shea tells Consequence of Sound,

“‘S.U.C.C.E.S.S.’ is an attempt at being tongue in cheek about how we’re always pushing ourselves to be harder, better, faster, stronger. I meld together these two lyrical ideas where I wanted to step out of the very heartfelt songs we were writing and try on this self-help mogul character, and also all these thoughts I was having about main themes of the album relating to family, growing up in another country from the one your parents grew up in (my parents are American and I grew up in Norway) and what it means to belong.”

The track follows early album teaser “Telepathetic”, and you can stream it below. Pre-orders for Sorry for the Late Reply, which was co-produced by Sløtface themselves alongside Odd Martin Skålnes, are available now.

In addition, Sløtface have a UK and EU tour with PUP lined up for next month, with the promise of US dates to come in 2020. Get tickets to their all upcoming shows here.

For more on what it means to be a “S.U.C.C.E.S.S.”, Shea has broken down the song’s Origins, which include Ugly Delicious and Conor Oberst’s Desaparecidos. You can also hear Shea talk about the track herself by tuning into Consequence of Sound Radio on TuneIn on Monday, October 28th at 1:00 p.m. ET/10:00 a.m. PT.

I was taking classes in gender studies and US literature when I did a lot of planning for the lyrics for the album, and while working on a paper for that I started reading about “The good immigrant,” which is just about how minorities have to go above and beyond so much of the time to be “good enough” for the society that we have in Norway, and lots of other places. While thinking about this, I was also listening a lot to this Silvana Imam album which is all about that same concept, but in Swedish hip-hop instead of stuffy academia. She’s talked a lot about how she has to work harder to be recognized as a female rapper, a lesbian rapper, an immigrant in Sweden and I love how it matched up with this thing I was studying, this racist, sexist thing, how she made it into such a powerful piece of music that spoke to other parts of me than my brain as well.

Eating hummus at the Kasbah Cafe in Oslo/Ugly Delicious with David Chang:

There’s this great hummus place very close to the studio we did a lot of work in, and eating dinner there once I was explaining how, as a kid, my parents used to give me hummus, and pita and vegetables as lunch, way before those foods were fashionable, and how it tasted so much better than other kids’ lunches, but I was still so embarrassed to stand out so much. Just a small thing, but probably a lot of those small things have affected what I think it means to belong. David Chang talks a lot about this in the TV show Ugly Delicious as well, about how the immigrant kids with weird lunches swing back around and have all the cool inside food knowledge.

I’ve liked Conor Oberst’s music for most of my musical life, but I didn’t love, love him until I discovered Desaparecidos, and especially Read Music/Speak Spanish. I was incredibly inspired by the way the band makes all these snotty political things sound so energetic and joyful. The critique of U.S. politics is somewhat humorous and sassy to me, and I love the way the record is so opinionated and funny and rude.

The S.U.C.C.E.S.S. for this that guitarist Tor[-Arne Vikingstad] and bass-player Lasse [Lokøy] first made was called “FIFA”, because it reminded them of great, energetic music from the FIFA video games they played when they were younger. That was the whole base-line idea for the song. Sløtface goes FIFA.

The Slaves gig in Oslo: 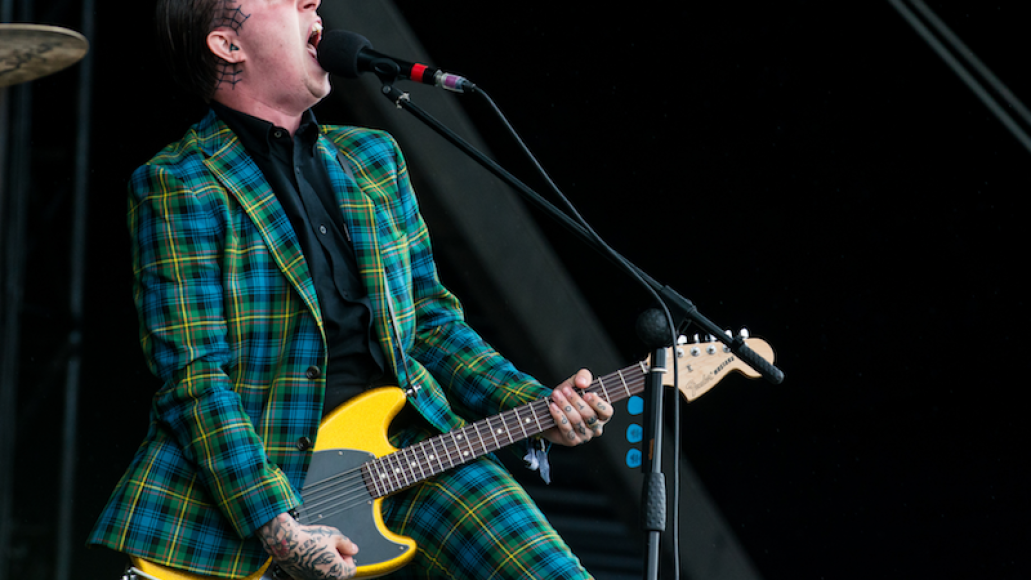 Tor and I went to see British band Slaves right before we finished some of the early demos for this song. One of the best things about living in Oslo is that it’s the one city in Norway most foreign bands come to, but cool British bands (like Slaves) won’t necessarily have reached a very wide audience here. We saw them with maybe a generous hundred people, while they were playing to thousands in the UK. They just blew us away with these songs that seem quite simple. But they are just jam-packed with energy. They did one of the most impressive jobs we’ve ever seen with a sleepy Tuesday night crowd. After we saw the power they got out of pretty simple drums and bass or guitar, we kept saying, “No! We don’t need any more stuff on this song! We’re gonna make a Slaves song!” and that really pushed this one forward.

Sorry for the Late Reply Artwork: 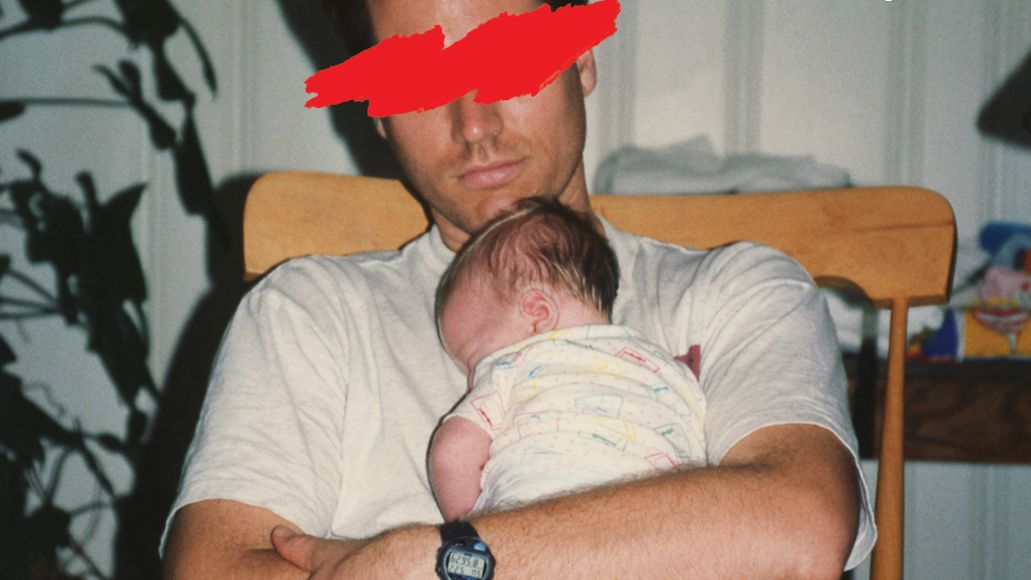