Anna Wise, our October Artist of the Month, has released her debut album. Stream As If It Were Forever below via Apple Music or Spotify.

Out through Alpha Pup Records, the new effort features a number of all-star collaborations like “Abracadabra” featuring Little Simz and the Denzel Curry-assisted “Count My Blessings”, which Consequence of Sound premiered just a few weeks ago. Other guest contributors include Nick Hakim, Jon Bap, Gwen Bunn, Mndsgn, and Carter Lang.

As If It Were Forever is the direct follow-up to Wise’s pair of EPs from 2016 and 2017, The Feminine: Act I and II. It also comes after the alt-R&B singer’s extensive work with Kendrick Lamar; she’s appeared on every single Lamar album since 2012’s good kid, m.A.A.d city, and even received a Grammy for her contributions to To Pimp a Butterfly.

(Read: The Top 20 Hip-Hop Solo Albums of All Time)

Wise has said her first-ever full-length focuses on her personal growth and “loving myself instead of trying to be lovable.” The 28-year-old spoke further about the differences between As If It Were Forever and her past releases in our Artist of the Month feature:

“I wrote the songs [on my previous projects] out of anger. I had a lot of anger about how women are treated, etc. I got to the point where, you know, we all grow and change as we get older. I just kind of realized, something inside of me was like, ‘Hey, you’re talking all this shit, but guess what? You ain’t shit either.’ I had to reconcile with my own shortcomings. That made me not want to criticize the outside world so bluntly anymore and do a little surgery on myself to better myself as a person. I didn’t even realize that I was turning away from that. A lot of my lyrics and my music come from what I call ‘downloads,’ where I [write] stream of consciousness-type lyrics. I wasn’t being intentional; I was just enjoying making the music. With the first two projects I put out, the EPs, I was very much like, ‘I’m going to write about women!’ I love doing that, and I’m happy that I did that, but as this project came together, I realized that I was looking at myself and the ways that I could be better.”

Stream the new record in full below. Wise will take over the Consequence of Sound Instagram account today, October 18th; tune in here.

As If It Were Forever Artwork: 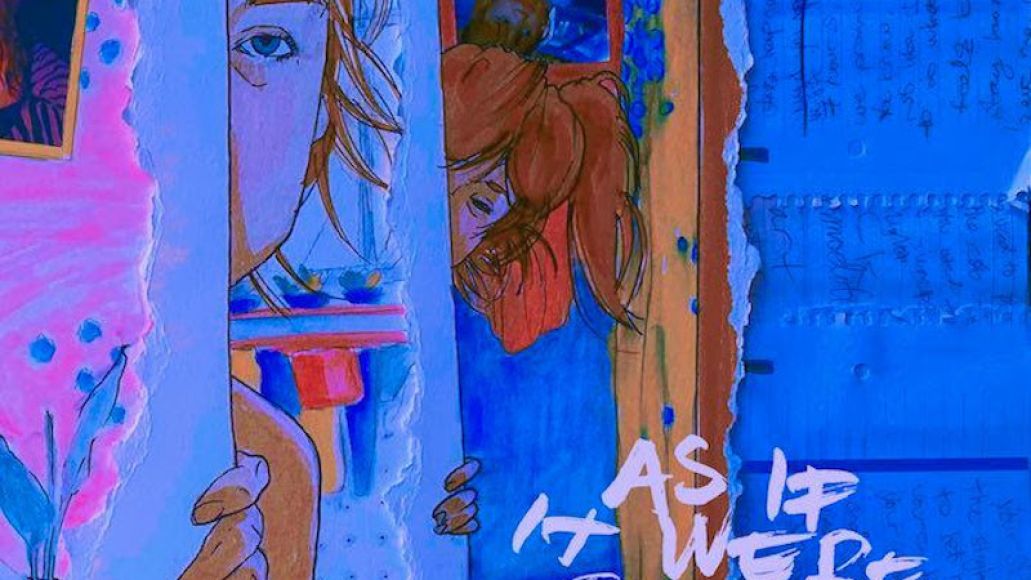 Anna Wise reveals debut album As If It Were Forever: Stream