It took Succession some time — both episodically and in the real world — to take off. I am one of the few who got into it immediately, thanks to the title of the second episode alone (see: “The Shit Show at the Fuck Factory”). Yet its slow burn with others makes sense: the first few episodes of the series do something every other show of television’s Golden Age did — it dared you to care about these despicable people. While this certainly worked for shows before Succession, including The Sopranos, Mad Men, The Americans, and Breaking Bad, this narrative isn’t fresh anymore. That’s why the first few episodes of Succession feel like a little more of the same ol’ stories of rich, awful white people, who are mostly men.

However, as the first season reached its halfway point, Succession transformed into something greater. And, potentially, something more profound than the beloved aforementioned shows. Yes, it was daring me to root for Kendall Roy (Jeremy Strong), a blindly ambitious, spoiled sad sack who has never earned anything he’s owned. But as much as I tried to resist caring about this character — a character, mind you, who got a boner while having a conversation with his ex-wife in a hospital waiting room — I still fell for the scumbag. And as more and more people started watching Succession, I realized more people felt the same way, which has made me less dubious about my moral character.

In “Dundee”, the eighth episode of the second season, Kendall Roy raps. It’s a bad rap. One that contains the horrifically true line: “But since I stan dad, I’m alive and well.” Naturally, it’s embarrassing for everyone: his family, his colleagues, even Cousin Greg (Nicholas Braun) squirms. But it’s especially hard on the audience. The first time I watched the episode, I covered my face with a pillow. Plus, since I watched the screener weeks before the rest of the world, I had to bottle up my knowledge of the embarrassment (much like Kendall bottles up all of his guilt.)

On my second viewing of the episode, I skipped “L to the O-G,” because I didn’t want to stop liking Kendall. But when I watched the episode for a third time (I’m not busy), I watched the rap all the way through. And then I watched it again. And again. And again. And it didn’t change how I feel about Kendall: a man who committed manslaughter, a man who viciously gutted Vaulter, the media company he brought into the company’s fold in the first place, and a man who says things like “drowning in pussy and everything’s golden.” It’s not golden, though! Kendall is dying inside, and I, much like other viewers, would like for him to be fixed. 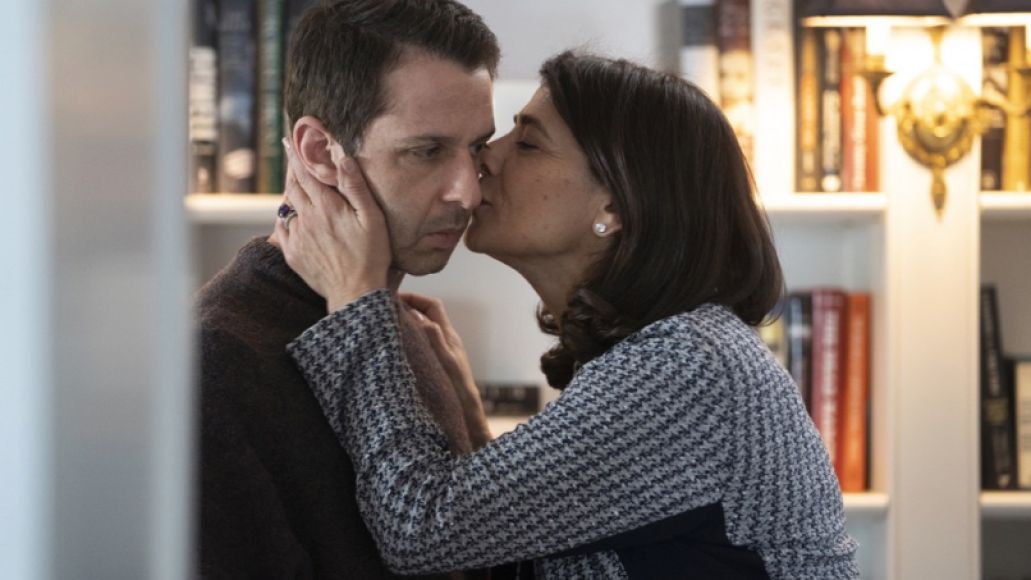 To say that I think about Kendall Roy as often as I thought about my middle school crush (every minute of every day) is not an exaggeration. I’ve even considered taking myself to the nearest Build-a-Bear to make a stuffed animal named Kendall who wears a suit and looks really sad all the time. But why do I (and so many Succession fans) love this dude? There are many factors that make Kendall easy to root for, no matter what he does. And it starts with how different Kendall is from the other characters on the show.

Since Succession has a large ensemble cast, there isn’t really one main protagonist, though Kendall is the closest thing it has to one, especially in the first season. After all, he’s the one character whose hobbies and interests are explored: he’s a sneakerhead, he likes rap. This deep into the second season, I couldn’t even tell you what other main characters like Roman (Kieran Culkin), Shiv (Sarah Snook), or Connor’s (Alan Ruck) favorite movies are. I also couldn’t confidently tell you much about Cousin Greg, other than that he smokes weed and I think he would go to a Vampire Weekend concert by himself while wearing a Vampire Weekend t-shirt that he bought the night before at the last Vampire Weekend concert he attended.

This distance between Kendall and the other characters isn’t a bad thing; in fact, it’s one of the show’s strengths. It distinguishes the series from all the prestige ensemble shows that preceded it, while also distinguishing Kendall’s humanity from his siblings. If you recall, the majority of the first season is shown through his perspective. And even as the second season dives deeper into Shiv, Roman, and Connor’s inner lives, Kendall is still the only Roy who wears his (slowly thawing) heart on his sleeve, making it easier to connect with him. 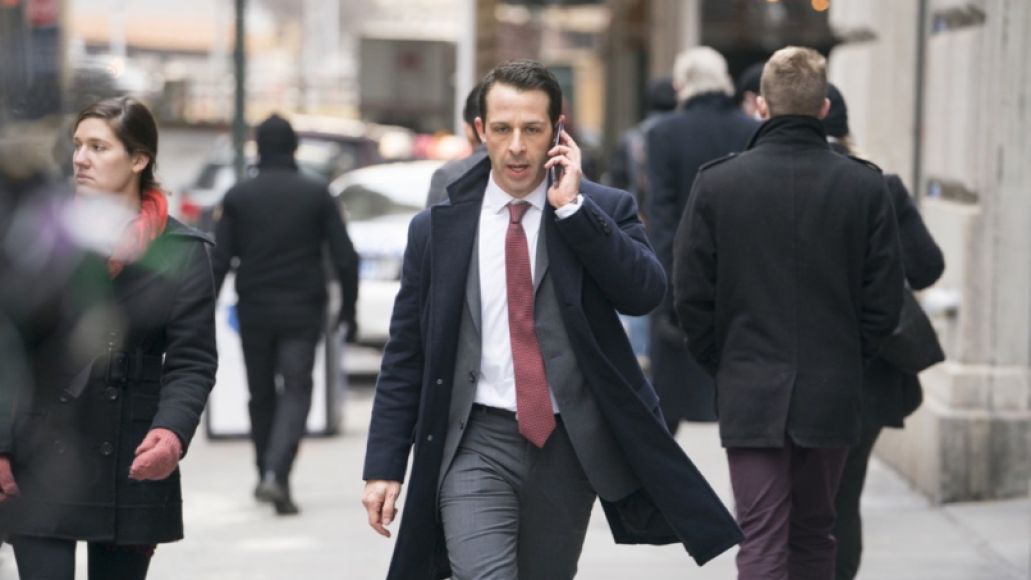 But none of Kendall’s siblings have the strength to spill their feelings to their mother, like he nearly does in episode seven, “Return.” Alone in her kitchen the night after his father Logan (Brian Cox) forced him to visit the home of the young man whose dead he’s partly responsible for, Kendall tells Lady Caroline (Harriet Walter) that he wants to talk to her about “something I’ve done that I don’t feel great about.” Kendall is ready to admit his crime and his guilt to his mom, seeking the sympathy and relief he needs but knows he’ll never get from his father. Unfortunately, Lady Caroline doesn’t give him the chance. In this scene, you can’t help but want what’s best for a man who got away with manslaughter (for the time being) because of his rich daddy.

Given the same situation, Kendall’s siblings wouldn’t feel any guilt: Shiv, just as cold and narrow-minded as her father, would most likely consider the dead waiter a “nonperson.” Roman might feel guilt, but he’d focus his energy on being mean to someone since he’s as dismissive of himself as he is to everyone around him. And Connor is so distant from reality he wouldn’t even believe he did anything wrong.

Like the Roy children, it’s also rare for male characters on television to have the emotional range of Kendall Roy that’s caused so much consideration (and obsession, in my case). Much of this has to do with Jeremy Strong’s intoxicating performance, but credit must also go to the writing and directing choices on Succession. While iconic male anti-heroes like Tony Soprano and Don Draper (another terrible man I was heavily attached to) certainly had great emotional range and experienced internal conflict, you never really had a chance to linger on their inner thoughts, at least not as painfully close as Kendall Roy. Why is that? Men like Tony and Don knew how to turn it off, Kendall doesn’t. 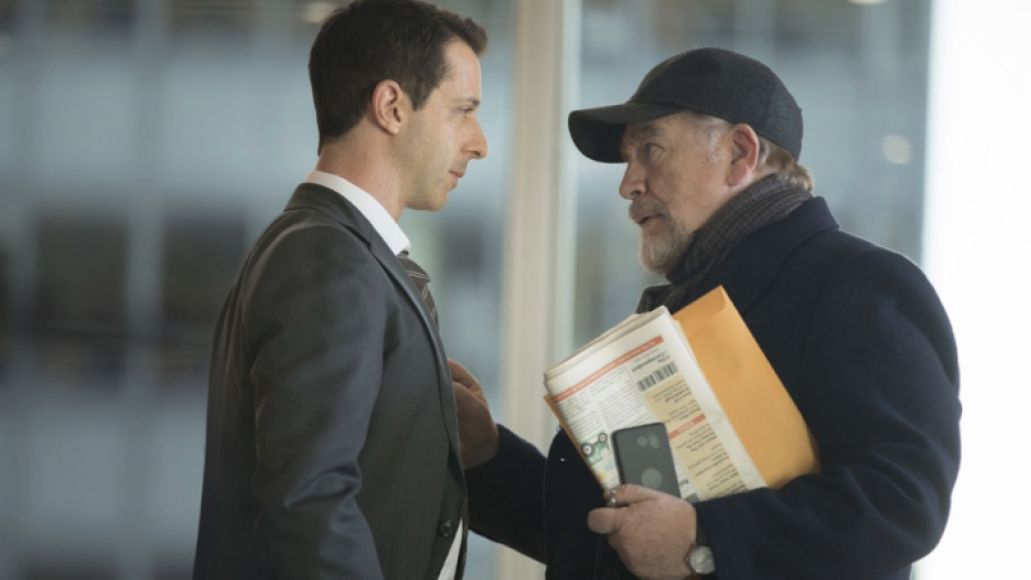 Perhaps the most comparable character to Kendall is Philip Jennings (Matthew Rhys) from The Americans. A Russian spy living his life as an average American and travel agent for decades, Philip began to question his country’s mission while his romantic feelings for his partner and wife, Elizabeth, who would give up anything for the cause, were finally being reciprocated. Thanks to the premise, Philip started the series as a sympathetic character, even when his hands were responsible for the deaths of innocent people — you know, like stuffing a corpse into a suitcase. But Rhys’ physical performance, from his body language to the way he carries his face, leads you to sympathize with him so fully that you want to jump into your television and hug him for a very long time. Kendall follows suit.

Every human being experiences failure and success. And most, like Kendall, experience more failure than success. Kendall starts off the series thinking he’s on top of the world. He thinks he can stand up to his daddy, but when he comes face to face with him in the brutal, no-confidence boardroom meeting of Season One (see: ”Which Side Are You On?”), he reverts to his natural state around his dad: a mumbling baby. Because of this, we sympathize with his failures: that gut-wrenching vote, his addiction, the buy-out with Sandy and Stewy, even the car wreck (a little bit). But the thing that keeps us connecting to him — and rooting for him — is his relationship with his father, which is too broken to ever be fixed. Fortunately for us, he makes a great teddy bear.