Track by Track is a music feature that allows artists to go in-depth with their albums and offer listeners a concentrated breakdown of each song. Today, that dog. talk in detail about their first record in 22 years, Old LP.

After more than two decades away, that dog. are back with a new album, Old LP. Ahead of its official release on Friday, October 4th, the 11-track effort is being premiered below.

Old LP was recorded in Los Angeles over the last three years with a number of special guests, including actress Maya Rudolph, the band’s original drummer before she went off to college. Additional contributions come from Randy Newman, Blur’s Graham Coxon, Josh Klinghoffer of Red Hot Chili Peppers, and others.

The reunion album marks that dog.’s first full-length since 1997’s Retreat from the Sun. The band parted ways not long after that release, reuniting in 2011 for a series of concerts that eventually inspired them to make this new record. While Old LP in some ways picks up where the three-piece left off in the ’90s, the new effort is expanded, equipped with lush orchestral arrangements from guitarist/vocalist Anna Waronker.

In a press release, Waronker spoke on the slow process of collecting the right songs, stating the band “needed time to let it grow into what it would become.” She continued, “Sometimes it’s hard to get there. Which is kind of the theme of the album.”

Listeners got a small preview with the singles “If You Just Didn’t Do It” and “Just the Way”. Now, you can hear the full record below. Pre-orders are still available.

For a deeper dive into the album, that dog.’s Waronker has discussed Old LP Track by Track. We definitely suggest reading all the way to the end, as she took extra care with digging into the title track.

“Your Machine”:
The song “Your Machine” is about being a dreamer and how sometimes in life all we have left to do is wish and gamble without ever really knowing if we will sink or swim. There was a period in my life when I dedicated most of my time to writing for other artists. Pop artists primarily. Part of that experience was rewarding but a lot of it was very frustrating. Trying to break molds in that arena was difficult. Trying to get someone to respond was difficult. Musically, the song started out as a simple 6/8 ballad, but then I challenged myself to think a little more and a whole new arrangement popped in my head. This song is a great representation of the whole album. It is sweet and melancholic, with so many hints at that dog. from the before into that dog. now.

“Just the Way”:
“Just the Way” is about having someone ghost you to your face and how it makes the ghostee feel. This is one of the earlier songs I wrote when we decided to do a new that dog. album. I wanted to play with our old sound but add our new energy. The timing of everything is chaotic yet it works; which is what I think is so interesting and endearing about our earlier music. I also feel like the music really captures anxiety of having someone blow you off and you have to pretend it’s okay all the while wondering why.

“Bird on a Wire”:
This song is about the struggles of feeling bogged down, undervalued, underestimated and overlooked. For me, it is about being an artist and an adult with adult responsibilities. The verses came to me instantly but then I spent months reworking the chorus. Where I ended upup felt a little raw, but I think that is the purpose of the song so I left what felt a little too exposed. Musically, the song was intended to be very stripped down. The album is so lush with arrangements and I thought it would be nice to have a song with one guitar, bass and drums. Well, that didn’t happen. The arrangement instrument-wise is sparse, maybe two guitars thanks to our old friend Chick Wolverton, but we went wild with vocals. It was impossible to hold back so we dove in and came up with something we had so much fun putting together.

“Drop Drops”:
When my son, who is ten now, started pre-school, I cried when saying goodbye on one of his first days and he asked me why I had “drip drops” (in my eyes) and the term stuck with me. This song is about when things build and build and build until you’re not sure what will happen and the fear of how you will be afterwards. Musically, it was really gratifying. I loved doing the arrangement and the improv sections that Kaitlin Wolfberg, our new violinist, did were spot on. It was like she read our minds and played exactly what we wanted to hear.

“If You Just Didn’t Do it”:
This song was a last minute addition to the album. We had been finished with the album for several months, and we thought we needed a song with a different sound to balance out the overall tone of the album. I had written pieces of this song abut a year before and thought there was something to it. I was having a hard time with someone I have collaborated with for many years and needed an outlet. The song is my experience word for word , but I think it can be taken however you want to. Mostly, I love how direct the chorus is. There are several ways to interpret a statement that is so matter of fact.

“When We Were Young”:
“When We Were Young” is a tribute to “Retreat from the Sun” both musically and lyrically. Musically, I wanted to write something that was fun to play and fun to listen to. The song is about a break up between friends that go way back. Honoring where you come from. And trying to have a good attitude about it instead of fighting it.

“Down Without a Fight”:
There was a short period where Rachel and I were in a cover band with Joey Santiago and Patty Schemel. We played three shows and it was fun. So I started writing, not realizing I was writing a song for that dog. This song was born out of that writing session but evolved once it was going to that dog. It’s about fighting and not backing down to the person fighting you.

“Alone Again”:
“Alone Again” was written in the first batch of songs I started writing for this album. This song brings back the feeling of some of the very early acoustic songs on the earlier that dog. albums and my venture into more serious writing when I first started. I couldn’t believe there was a chord progression that I hadn’t used before within the few chords I have to choose from with my weird guitar tuning. The combination of the tuning and complicated spareness with lush strings and such honest conversational lyrics is such a unique sound and so that dog.

“Never Want to See Your Face Again”:
“Never Want to See Your Face Again” was initially on an acoustic EP I included with my last solo record California Fade. The arrangement was very bare, and I really loved the song, so I thought it would be great to do a version that was that dogged out. It was one of the songs where we intentionally left room to include some extended that dog. family. Josh Klinghoffer plays piano and some weird keyboards and Graham Coxon plays some of the guitars. That was really fun.

“Least I Could Do”:
This song is about how to deal with conflict when you don’t see eye to eye but can’t escape one another. It’s also about defending someone in the eye of the storm. Recording this song brought us back to some of our experimental moments in the past. We definitely love to play the songs but we really thrive in that extended ending space. Creativity leads the way. No rules. Whatever they are, break them. 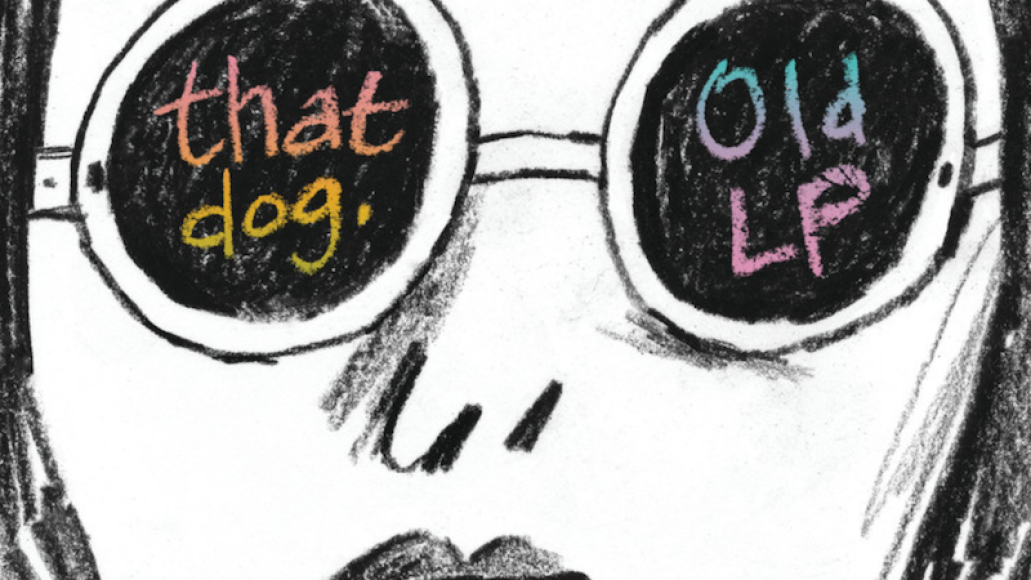 “Old LP”:
“Old LP” is the title track for a reason. Writing the song was powerful and recording it was even more so. I wrote the song after attending a memorial service for Rachel’s father, Charlie Haden. They played a recording of a song that he sang and I couldn’t believe how clear and personal and beautiful it sounded. And it made me think about how when we listen to music we hear someone or a group of people captured in a moment. And then I thought about how Rachel and I come from musical families and how interesting it is that there are these moments captured where we can feel some presence of someone that isn’t here anymore. I came home and wrote the song. And thought that it was a perfect opportunity for Rachel and I to sing a proper duet, something we had never done before.

When it came time to figure out the direction for the song, I wanted to experiment with instrumentation. I wrote the string arrangement thinking it would compliment our regular band set up of guitars, bass and drums. But as the arrangement grew, I realized that I wanted to try to do more of a broad orchestral arrangement. But I didn’t totally grasp horns and woodwinds and wanted to figure out how I could use them. Coming from a musical family, I have had the great fortune of being around some other musicians and have a close relationship with the great Randy Newman. He and my father have grown up together and recorded many albums together. He’s the closet thing to an uncle that I have. He has taken an interest in my writing and recordings over the years and, this is something I’ve never done before and if you knew me you would know that I would never do, I asked him to sit down with me and my arrangement and help me figure out how to incorporate these other instruments. We had a great afternoon at his piano listening and brainstorming. And I walked away with a richer knowledge of arranging and what I needed to finish my arrangement.

The recording of this song was a whole other experience I treasure. We were all excited with the arrangement for this song, but we needed to be able to hire an orchestra. We hadn’t been working and didn’t have any financial backing, so we turned to our loyal fans and did a Kickstarter campaign. We met our goal and set up the recording session. Kaitlin did the contracting and we were on our way. We recorded at The Evergreen Stage in Los Angeles, where Barbra Streisand used to record (and I’m guessing recorded “Evergreen”, one of my favorite Babs’ songs). I had my father, who is an amazing record producer, come to the studio, also something I’ve never done before, to make sure I didn’t screw anything up. I had never recorded that many people or with that many instruments. The energy was celebratory. The recording went very well and I’m still a little elated from that day.