This editorial originally ran in October, 2014. We’re re-publishing it for the film’s 35th anniversary.

“John Connor gave me a picture of you once. I didn’t know why at the time. It was very old – torn, faded. You were young like you are now. You seemed just a little sad. I used to always wonder what you were thinking at that moment. I memorized every line, every curve. I came across time for you, Sarah. I love you; I always have.” –Kyle Reese

I’ve long preferred James Cameron’s unassuming 1984 sci-fi thriller, The Terminator, over its blockbuster juggernaut sequel, Terminator 2: Judgment Day. Which is weird because a.) T2 was the first R-rated film I actually saw in theaters (as opposed to VHS or HBO) and b.) given the casting of Edward Furling, the endless merchandising, and widespread teenaged fanaticism of its sequel, you’d think a curious seven-year-old would be hooked. Not the case: Even as a youngster, I couldn’t shake off a character as troubled and honest and sympathetic as Michael Biehn’s Kyle Reese.

Thirty-five years ago, Cameron and writer/producer Gale Anne Hurd told the story of a lethal cyborg assassin sent back in time to kill the mother of a future leader of the human resistance. While billed as a “science fiction action film,” the nearly two-hour vehicle also served as a tragic love story between its two leads: Biehn’s Reese and Linda Hamilton’s victimized Sarah Connor. “Come with me if you want to live” are Reese’s first words to Connor amidst a vicious shoot-out at a Los Angeles night club. He, too, is from the future: a resistance fighter with the sole mission of protecting his commander’s mother. 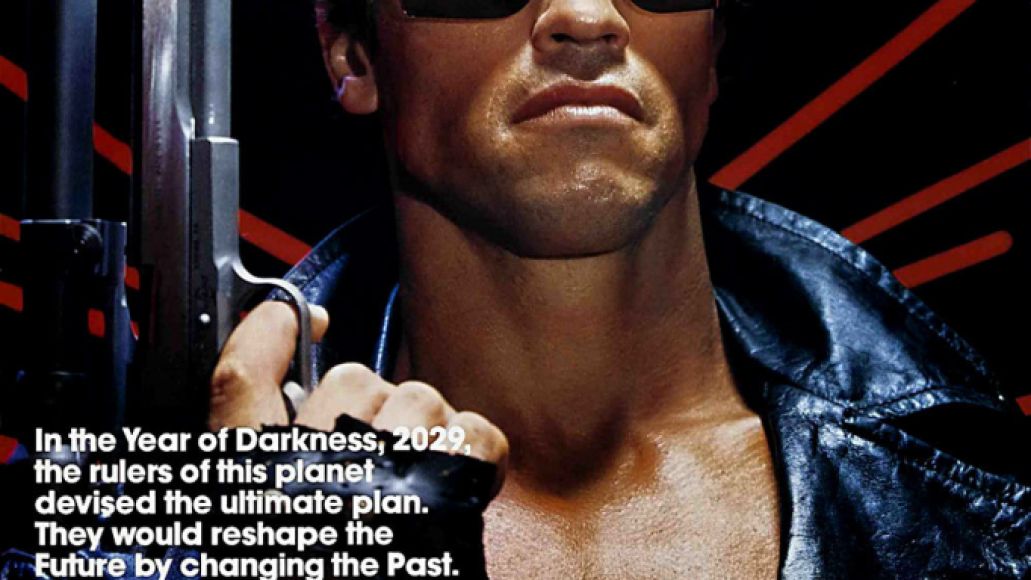 Everything about the film’s production has become legend: how the studio originally wanted Arnold Schwarzenegger to play the hero and O.J. Simpson the titular role; how FX guru Stan Winston wasn’t Cameron’s first choice; how Hamilton sprained her ankle early in production and suffered throughout filming; how Schwarzenegger struggled with the iconic line, “I’ll be back”; how the majority of filming across the city of Los Angeles took place at night guerilla-style; and how actor Lance Henriksen stormed into a meeting dressed as a Terminator to convince John Daly of Hemdale Pictures on the project.

What’s fascinating is trying to imagine Schwarzenegger as Reese. While he would go on to surprise audiences by assuming the hero role in Terminator 2: Judgment Day, he’d remain a T-800 cyborg and wouldn’t have to sell a love story. Well, that’s not true. His paternal relationship with Furlong’s young John Connor was certainly similar in nature, but even so, it was more Old Yeller than Romeo & Juliet. No, suffice to say, Schwarzenegger as anything but the Terminator would have changed the film’s fabric altogether, especially if he nabbed the part as Reese. He would have shattered the character.

Many almost did. As Hurd notes, “Almost everyone else who came in from the audition was so tough that you just never believed that there was gonna be this human connection between [Sarah Connor and Kyle Reese]. They have very little time to fall in love. A lot of people came in and just could not pull it off.”

Instead, Biehn delivered exactly what the film needed: humanity. On the surface, The Terminator tells a very simple story of man vs. machine. Think of it as John Carpenter’s Halloween with more muscle, metal, and homemade pipe bombs. What makes both films stalk accordingly is their willingness to relate to their audience. From inception, Sarah Connor was always going to be the more human character; she’s a struggling, young waitress who we see day in and day out. What elevated the story was making Biehn equally accessible.

Rather than tossing him a helmet, a gun, and some chewing tobacco, Biehn’s stripped of everything — literally. Our first introduction to the character finds him helpless, confused, and naked as he confronts Los Angeles’ bleak underbelly with the city’s finest patrolmen close behind. He smuggles clothes from a department store, yanks off pants from a vagrant, and has to lean on his limited resources to do the one thing he’s supposed to do: protect. Yet that gritty sense of survivalism is what makes Reese such an enigmatic character.

Again, it goes back to the casting: Biehn’s a slim guy with understated muscle. A cursory glance has him pegged for the waves over any sort of militia. He’s unassuming with boyish looks and a nearly effeminate demeanor. When he finally catches a breath with Hamilton, he assumes the soldier archetype with a hint of playfulness: “Cyborgs don’t feel pain. I do. Don’t do that again.” Later, during an interrogation sequence at the police station, he gets theatrical playing the tough guy: “You still don’t get it, do you? He’ll find her! That’s what he does! That’s ALL he does! You can’t stop him! He’ll wade through you, reach down her throat, and pull her fuckin’ heart out!”

These little inferences speak to Reese’s overall mindset and insist that he’s just as terrified as Hamilton. The fear comes out in his facial expressions — specifically, those young, manic eyes — that highlight his temperament in each situation. He’s a vulnerable hero, a juxtaposition to Schwarzenegger’s unstoppable killing machine, and there’s a level of uncertainty to his abilities that creates an unnerving through-line to Connor’s own survival arc. In other words, despite his early heroics, there’s absolutely no reason to believe Reese will be successful in protecting Connor.

That uncertainty separates The Terminator from its successors. While each story has always pitted an underdog against a titan, whether it’s the T-800 vs. T-100 or the T-850 vs. T-X, the stakes have never been higher than Reese and Connor’s struggle for survival. (C’mon! With Schwarzenegger on your team, it’s hard to really feel any uncertainty, even if Robert Patrick’s eagle eyes are terrifying enough to fry a hard drive.) Yet Cameron and Hurd make it even more dire by introducing the aforementioned love story, giving audiences more reason to fear for the protagonists’ lives.

Their whole romance could have been a cheesy, one-dimensional relationship, but the chemistry between Reese and Connor is palpable. Throughout the film, the two depend on one another, whether it’s propping each other up, building homemade plastique, or offering emotional support during moments of respite. “On your feet, soldier,” Connor pleads towards the end, and there’s a sense of despair that strikes the heart. So, by the end, only heartless cynics would scoff at Sarah, when she says that “in the few hours we had together, we loved a lifetime’s worth.” 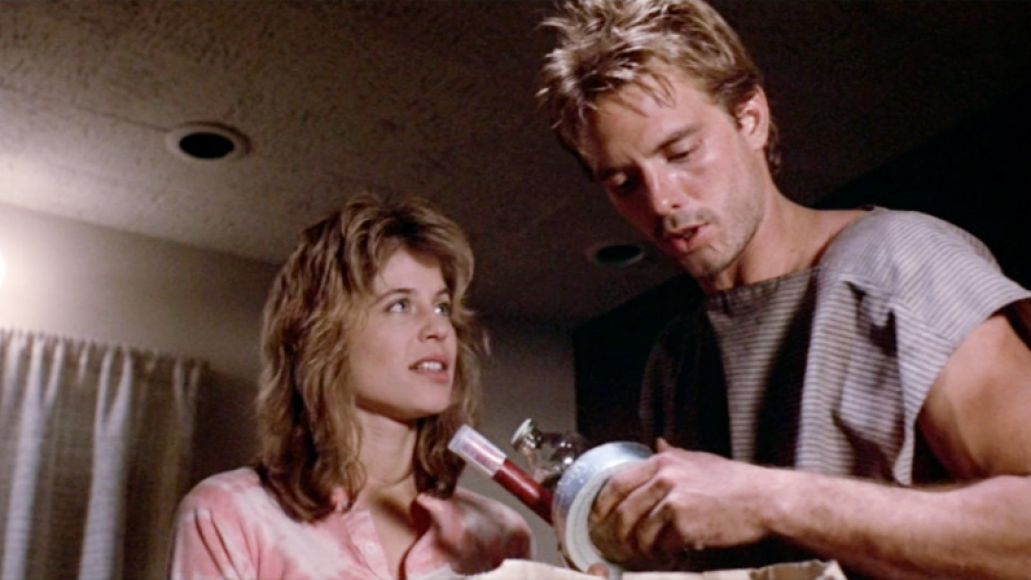 Biehn would play a similar role in Cameron’s exceptional sequel to Ridley Scott’s Alien as Corporal Dwayne Hicks. Like Reese, Hicks plays the soldier with a heart — a literal locked one, no less — who winds up relying on a female figure. By comparison, they’re about the same hero and archetype, though Hicks is easily swept aside by Sigourney Weaver’s Oscar-nominated Ellen Ripley, who takes charge in ways Hamilton wouldn’t until Terminator 2: Judgment Day. Regardless, Reese and Hicks both highlight the human vulnerability that Biehn brought to the silver screen.

Personally, I still get choked up watching The Terminator. As a child, I would stop my VHS tape shortly before the T-800 rose from the flames, pretending that Connor and Reese were able to drive off and raise John together. Stupid, I know, but Reese was such a hero in my eyes that I couldn’t stomach the thought that he died so tragically on those factory stairs. (You could imagine how I reacted in theaters when I saw Alien 3.) Part of it was attraction, sure, but I just couldn’t stand to watch him die. He meant too much to me.

But I’m not alone. In the summer of 2014, Biehn participated in Entertainment Weekly‘s oral history on the film, in which he discussed the influential nature of Kyle Reese. He said, “I meet kids all the time who come up to me and say, ‘My name is Kyle and my parents named me after you.’ But one of the bittersweet occurrences that happens is that guys come up to me on the street and say, ‘I went into the military because of you.’ And usually they’re okay — or they look okay — but that’s a heavy burden, especially if you know how I feel about war.”

One might argue Biehn’s feelings on war helped shape and inform the Reese we’ve always known and cherished. Because while, yes, he’s a soldier by design, it’s only because he has to be. This was the life he was given. He doesn’t live for this shit, he’s living in it. That’s why one of the more understated revelations of the film isn’t just that he’s the father to John Connor, but that he deliberately signed up for the time-traveling task out of love. As he admits, upon seeing that photo of Sarah Connor, he fell in love, a feeling that was strictly instinctual, and that notion speaks volumes. 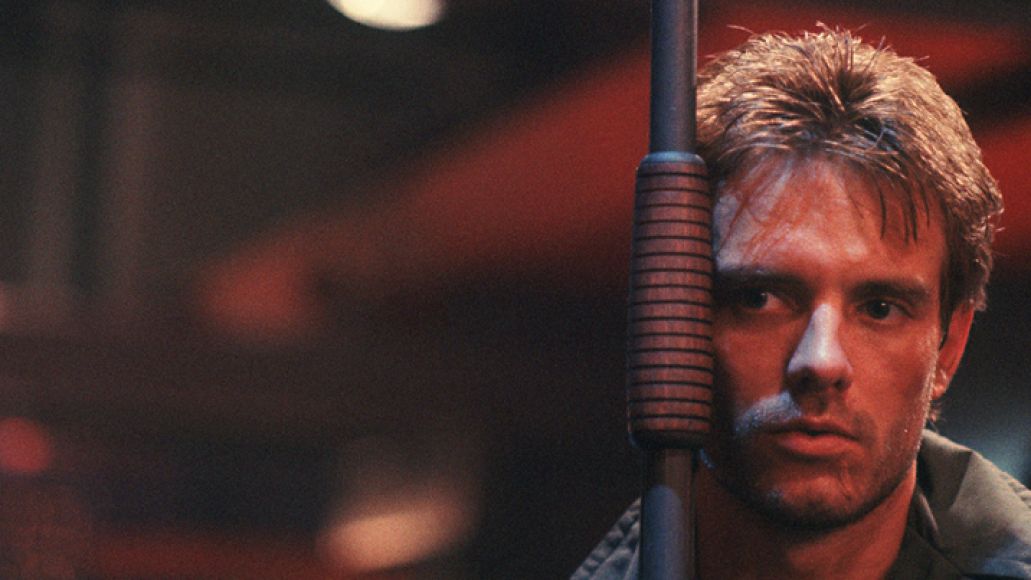 It’s a notion that Cameron absolutely believes in. One hundred percent. No, ifs, ands, or buts about it. We’ve seen it throughout the remainder of his career, be it Aliens, The Abyss, Titanic, Avatar, hell, you could even toss in True Lies. Love conquers all in his stories; it’s the currency that binds his protagonists. But here’s the thing about that: Love has to be earned. It’s a divine feeling that you can’t just paint, you have to construct. With Kyle Reese, Cameron carved out a universal archetype in the heartthrob hero, but he did it by tossing aside the callousness of an action star and keeping the formula simple.

The Terminator Created a New Kind of Hero with Kyle Reese