The Pitch: Miles Elliott (Paul Rudd) is dissatisfied with his life. Wasting away in a mediocre suburban existence, and in a strained relationship with wife Kate (Aisling Bea) over their inability to have kids, Miles feels trapped by the everyday frustrations of ordinary life. But one day, he gets an invitation from a newly-chipper colleague to a “wellness spa” tucked away in a nearby strip mall, one that promises to make him an entirely new person.

Turns out, that last part is a bit more literal than you might think, as Miles wakes up to find himself buried nude in a shallow grave not far from the spa. Returning home, he sees a new, sunnier, more optimistic version of himself (also Rudd) living in his house, spending time with his wife, and generally making a grander impression on everyone around him than Old Miles did.

Suddenly confronted with the fact that there are two Mileses in the world, the pair try to work out where to go from here. After all, there’s only room for one of them in Miles’ life. Who gets to have it? 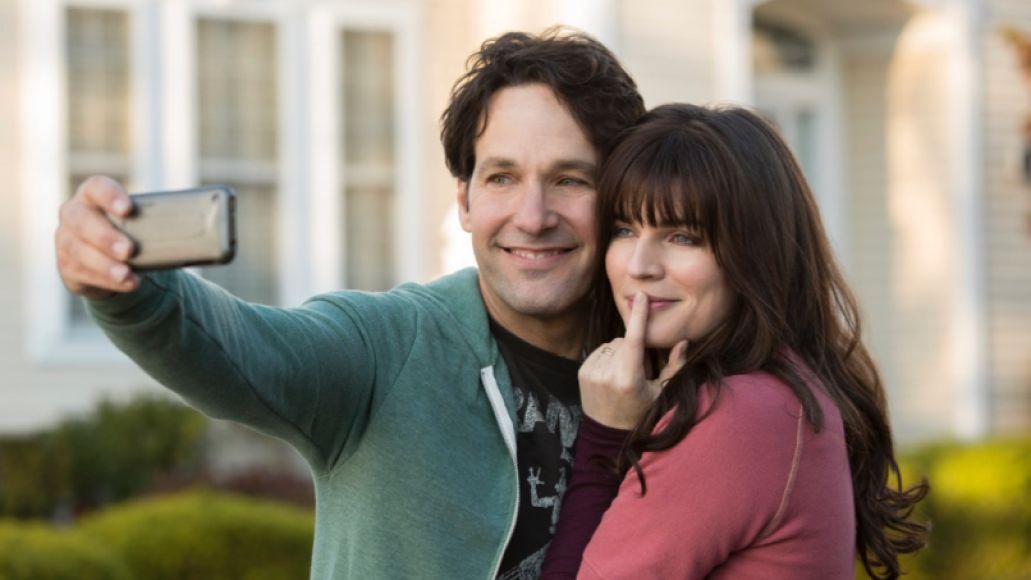 (I Can See For) Miles and Miles: What if you could look at your life from a different set of eyes? That’s essentially the premise of Timothy Greenberg’s (The Daily Show) series, the tale of a man exploring different paths down his own life’s journey. It doesn’t take long for the secret of the two Mileses to come out, which is probably for the best: Instead of wasting time with a repetitive comedy of errors, Living With Yourself makes room to explore the ‘what now?’ of its high-concept premise. Two people suddenly occupy the same life — they have the same house, the same job, the same wife. Where do you go from there?

Greenberg’s script is obsessed with perspective: Multiple episodes will backtrack through events we’ve already seen to get the other Miles’ POV (or in one episode, Kate’s), creating closed-loop timelines that offer a fuller picture of what’s going on with each half of the Miles equation. One Miles is bitter and resentful at the more bushy-tailed, “better” version of Miles that arguably deserves his life more, while the other feels like an imposter and wonders where he’s supposed to go now. Neither Miles is the bad guy, and the show works overtime to see this dilemma from both of their perspectives. It’s in the understated exploration of these questions that the show finds its more thoughtful moments. 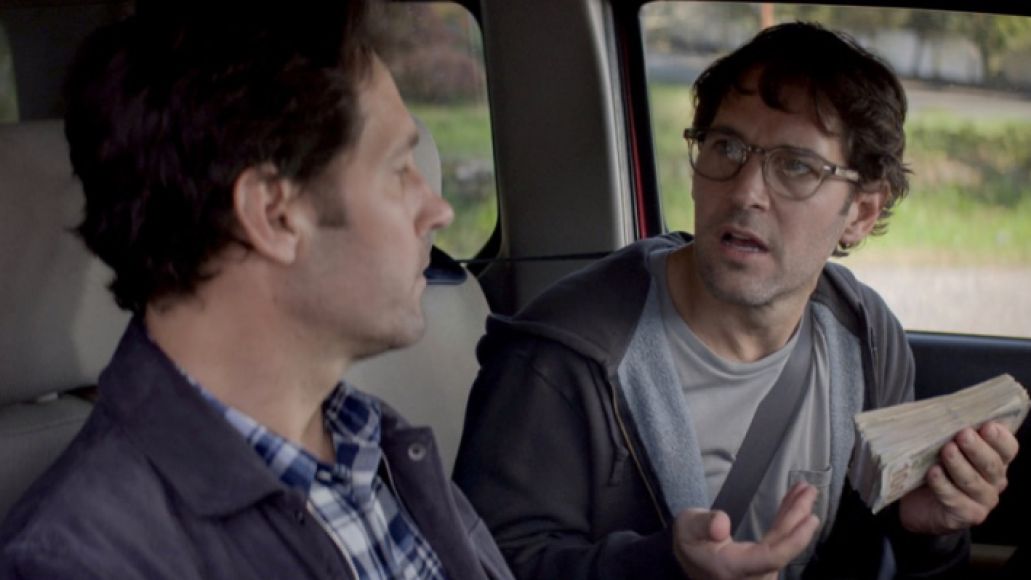 Can’t-Man and the WASP: More than that, though, Living With Yourself is a Paul Rudd showcase down to its core, and he coasts by with all the affable energy the comedy star can muster. The bifurcated Mileses give Rudd plenty of opportunities to dive into his two most effective modes of performance, Grumpy Rudd and Sunny Rudd — it’s like watching Scott Lang and Bobby Newport in a dual role. Apart from the remarkable skill set that comes with acting against yourself, though, it’s not the hugest stretch for Rudd’s acting chops. After all, he’s just playing two mildly different versions of the same ordinary guy. Rudd thrives when he gets to be a little outrageous; here, the material sands off some of his most interesting edges.

Honestly, that’s one of the bigger problems with Living With Yourself, a show more interested in its concept than its characters. Like a lot of other high-concept comedic series of late, the premise is slotted into the usual upper-middle-class privilege trappings — a young, well-to-do couple with good jobs (usually white), who have the economic freedom to only have to worry about the wacky situation in which they find themselves. It might’ve been more interesting to see what would happen with a double life for someone who wasn’t rocking the suburbs. 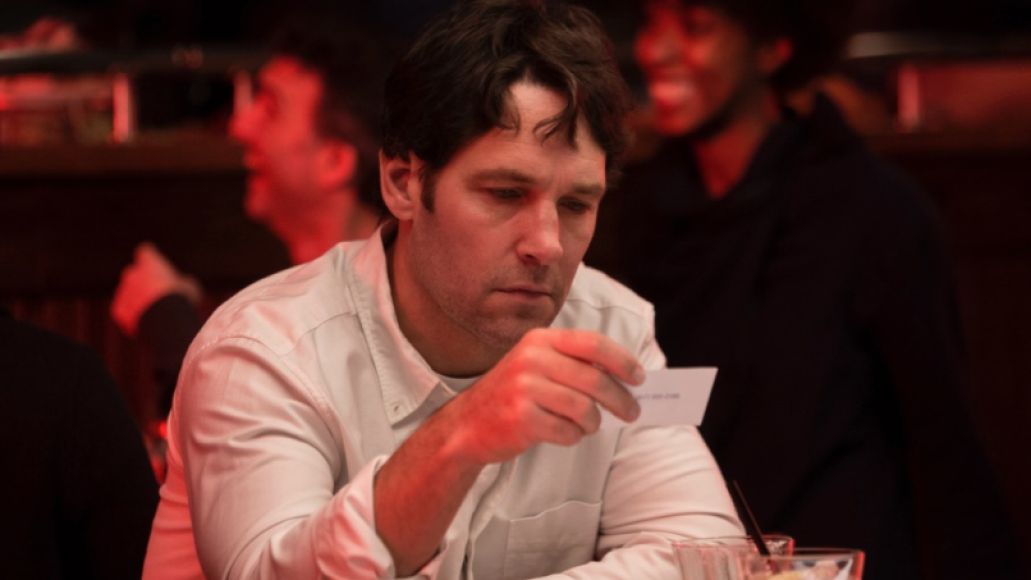 Binge and Purge: The good news about Living With Yourself is that it’s a short watch: an eight-episode season of approximately 25-minute episodes. You can bang through it in a single afternoon, making it the perfect example of Netflix’s scorched-earth model to content releasing. Unfortunately, that seems a little too short to deal with the myriad issues the show brings up about identity, purpose, and discerning authenticity from artifice. Over the course of these four hours, Greenberg’s show bogs itself down in mildly-diverting comedic asides (including Bridget Everett as an endearingly-beleaguered FDA agent forced to interrogate one of the Mileses in the FDA’s break room) instead of sufficiently exploring the messy implications of sharing a life with your clone.

The Verdict: In the end, Living With Yourself seems to intersect (conceptually, at least) with Netflix’s dream-machine romance Maniac, but lacks the formal ambition or thematic verve of that show. Instead, a dual turn by Rudd, and Bea’s breakout-worthy presence, do their damndest to spice up an ultimately shallow exploration of the road not taken. The occasional bright spot appears (Bea, in particular, is a standout, and her episode is the best of the lot), and the end of the show promises new avenues to explore in a potential second season.

But will people remember this show even exists by the time Season 2 comes out? Granted, that’s an indictment of Netflix’s machine-gun content generation strategy as much as the comparative blandness of the show itself. But in offering little more than fortune-cookie sentiments about our own lives being what we make of them, Living With Yourself doesn’t give us much to hold onto as we wait for more miles.

Where’s It Playing? Living With Yourself crawls out of an unmarked grave and lives your life for you on Netflix October 18th.

TV Review: Living with Yourself Offers Double Paul Rudd and That's About It