The Pitch: More than 30 years after the globe-shaping events of the original Watchmen comic, the ripple effects can still be felt. Adrian “Ozymandias” Veidt (Jeremy Irons) is in seclusion somewhere far away and presumed dead. A group of Rorschach-imitating, conspiracy-touting white supremicists threaten the peace and the police at every turn. And the law enforcement officers of Tulsa, Oklahoma have donned capes, cowls, and masks in response, with some even assuming the secret identities that can come with them.

The new series from Damon Lindelof (Lost, The Leftovers) uses that backdrop to follow Angela Abar (Regina King), an ostensible aspiring bakery owner by day who masquerades as Sister Night, a police detective and well-equipped enforcer, once the sun goes down. True to Watchmen form, the story quickly turns into a murder mystery, one that requires Abar and her allies to untangle conspiracies, dredge up grisly secrets, and reflect on what it means to hide your face and prowl the night. 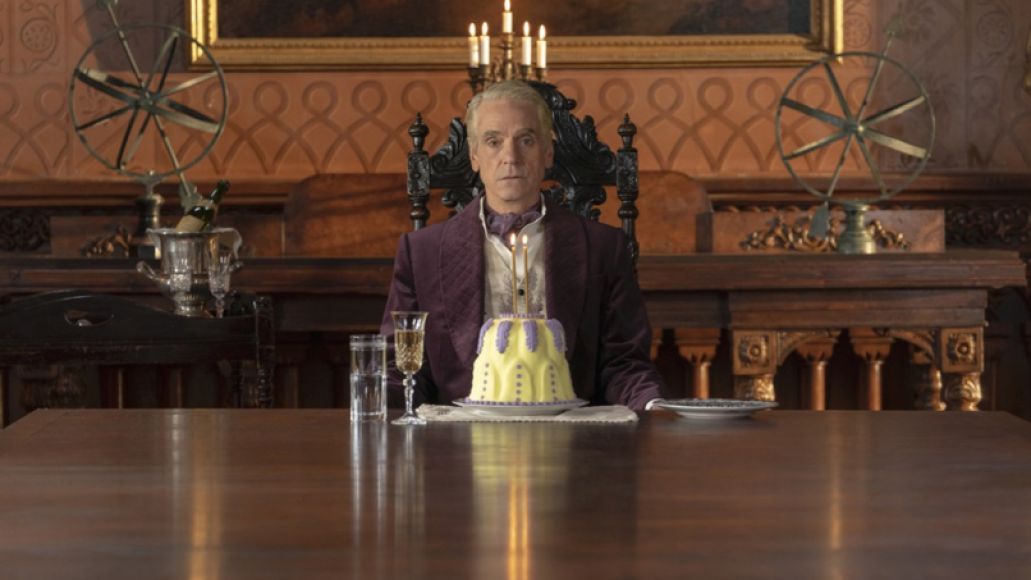 The Thin Four-Color Line: HBO’s Watchmen immediately anchors itself on the fraught intersection between law enforcement and race relations. With that focus, the show taps into national anxieties and social divisions as salient now as the fear of nuclear annihilation was when the original graphic novel debuted. It’s the canniest decision Lindelof and company make, one that allows the series to step out of the shadow of its predecessor and explore issues of vigilantism, privacy, and those who choose to wear masks, in ways that make them relevant for the here and now.

But the series adds to that salience by consistently filtering those ideas through the lens of the United States’s troubled history in its treatment of African Americans. The show delves into notions of justice, of institutions, and insidious falsehoods that rest beneath the seat of power, all of which make our heroes question who and what they’re fighting for at every turn. By centering its superhero story at the place where racial tensions meet the pull for law and order, the show’s creative team not only keeps its costumed capering tale weighty and relevant, but heightens and complicates the series’s take on superheroes and a world that demands them. 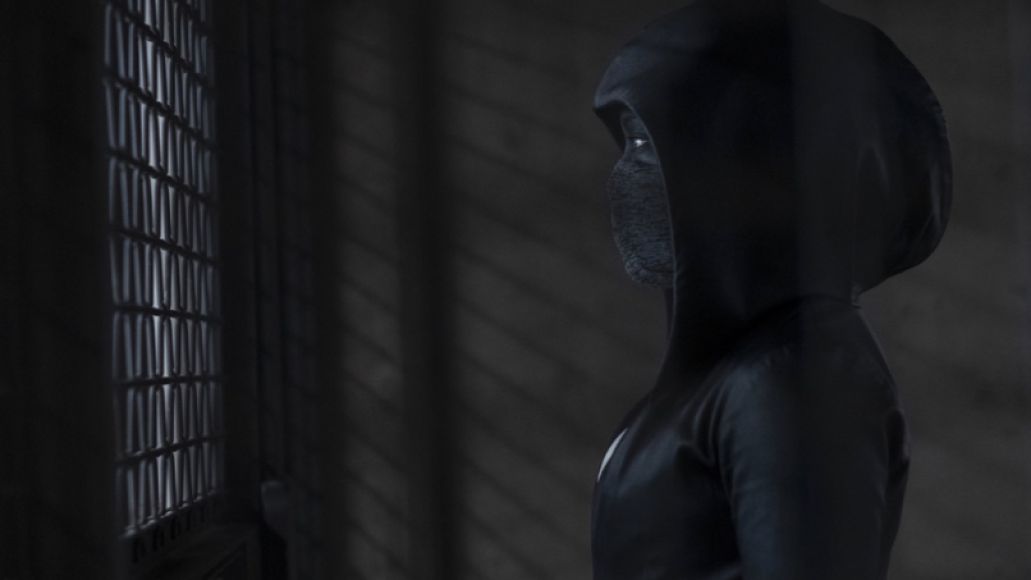 Nothing Ever Ends: The series takes pains to remind you that it is a full- fledged part of the universe that Rorschach, Dr. Manhattan, and The Comedian once occupied. Clever shots and well-constructed framings recreate the smiley face motifs and clock faces that call back to artist Dave Gibbons’s work. Baby squid fall from the sky; domestic terrorists recite Rorschach’s most famous speech, and the in-universe TV show du jour offers dramatic, Snyder-esque reenactments of the Minutemen’s exploits.

Despite that, the new series shows remarkable restraint in teasing out connections to signature elements of the original comic. Aside from one tenuous (but undeniably bold and resonant) retcon, the show’s creative team uses a light touch, taking greater care to demonstrate that this is the world Silk Spectre and company used to haunt than to directly connect the story now to the one of old.

And even where the show does borrow characters or bits of iconography, this sequel series offers new twists on them, evoking different angles or wrinkles that change their meaning and put these homages in service of this show’s own narratives and themes. The rules of pop cultural entropy may mean that these sorts of late sequels and re-imaginings will be with us forever, but Lindelof and company have the good sense not to get too cute or too cheesy with this Watchmen’s ties to its iconic source material. 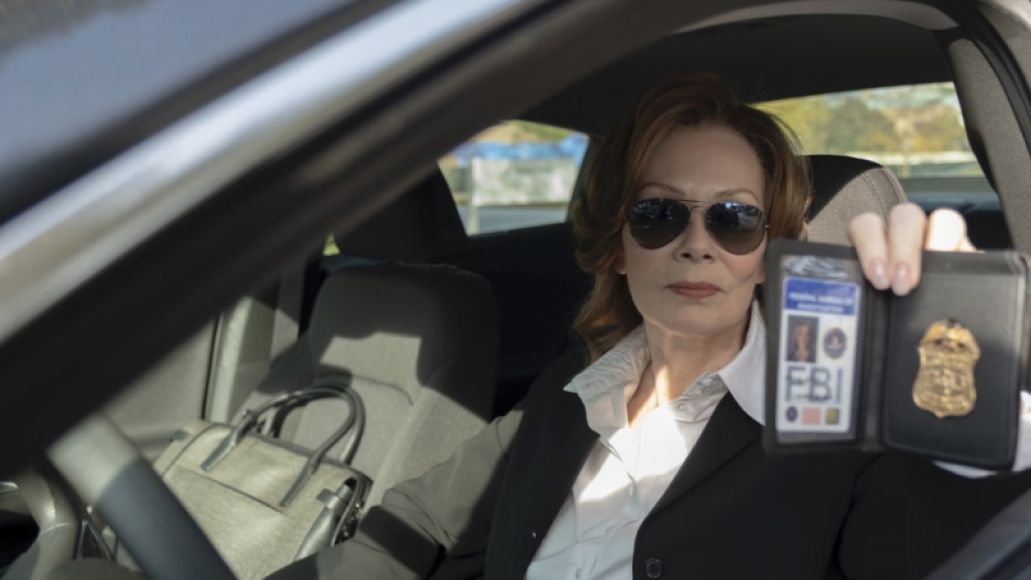 Character Matters: One of the sharpest choices author Alan Moore made in the original graphic novel was to alternate between plot-focused issues that advanced the overall narrative with origin story issues for each character that delved into their motivations and pathologies in a way that made each that much more vivid. The new television series follows the same tack (more or less) over its first six episodes, peppering in three character-focused, almost standalone stories that prove to be the standout hours of the show’s early going.

These outings focus on the changes and choices that drive many of the show’s central figures, while filling out details of the world and the season’s grand mystery in the process. That approach not only allows the audience to better understand the series’ ecosystem and its major personalities, but gives the show’s sterling cast a real chance to shine. King holds the center well as the lead, but performers like Jean Smart and Tim Blake Nelson step into the spotlight and do incredible work within an already sterling cast. By following the original comic’s lead here, the television show can craft characters and stories as engrossing and heartbreaking as those that came before. 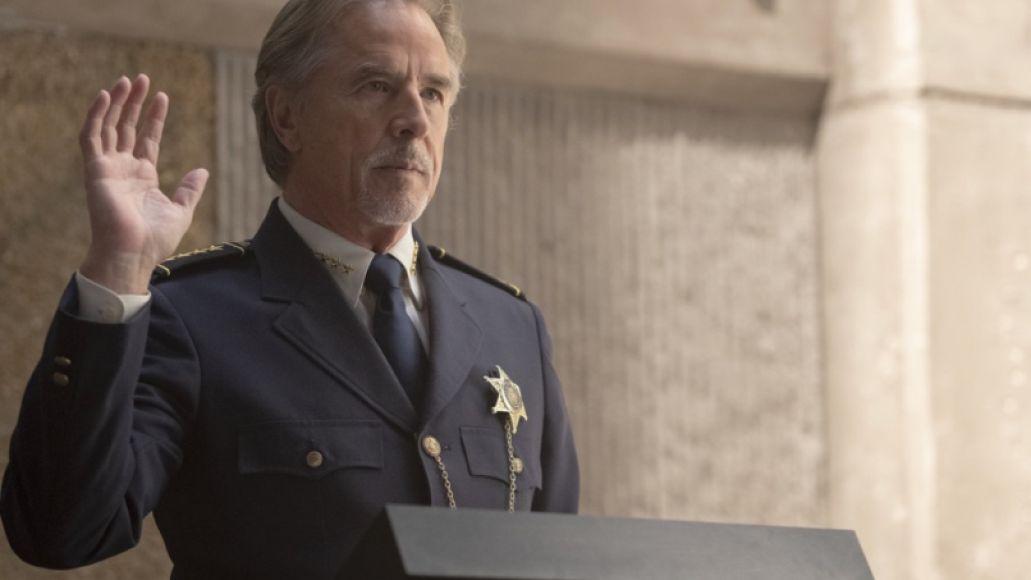 The Verdict: The most admirable thing about Lindelof’s Watchmen is that it channels the spirit of the original comic without merely rehashing it. The HBO series rightly shows reverence for its source material, but also isn’t beholden to it. Instead, the series extends those characters and, more importantly, those ideas to fit the social and personal issues that stir the soul in 2019 — in the same way that the graphic novel addressed them in 1986. This is no mere corporate brand extension, but rather a distinctive, singular vision that builds on the world and ideas that Moore and Gibbons conjured up, while using them for its own trenchant, timely ends.

It’s too soon to say whether that tack will allow the series to match the artistic achievements of its hallowed predecessor. Like its forebears, Lindelof’s Watchmen nestles itself firmly within a mystery box. While its three character-focused outings work brilliantly as standalone pieces, it remains to be seen whether the show’s creative team can tie its disparate story threads and compelling ideas within the series’ overarching narrative into a satisfying finish. Over the first six episodes at least, the show occasionally feels logy in the effort.

But one thing’s for sure. This version of Watchmen wants to do much more than remind you of Rorschach and smiley faces and extra-dimensional squids. Just as the original comic explored the effect that a life of masked adventuring would have on the psyche of our heroes and their world, this show sets out to interrogate the effect those seminal events would have on those who followed, and the thorny legacy that those who choose to don a mask, for good and for ill, would have on ours.

Where’s It Playing? Watch the Watchmen on HBO this Sunday, October 20th.