Animal Collective are celebrating the 10th anniversary of Merriweather Post Pavilion with Ballet Slippers, a live album comprised of favorites from that record and others. Stream it below via Apple Music or Spotify.

Merriweather Post Pavilion dropped in 2009 and became an instant classic, combining elements of the surging New York folk scene with experimental electronica and psychedelic pop. The results sounded like nothing else in music at the time, and songs like “My Girls” helped propel Animal Collective to the greatest commercial success of their career. Recorded during the group’s tour behind Merriweather, the 12 performances include songs from that album as well as Danse Manatee, Sung Tongs, Feels, and Fall Be Kind. All the tracks were recorded on the tour

In a statement, the band explained how Ballet Slippers complemented Merriweather Post Pavilion:

“It’s impossible for us to remember the years around Merriweather Post Pavilion without thinking about the live experience. As the record turns 10, there has been a lot of talk about the album itself, but so much of the time living with those songs was spent on stage together. Every night on tour, the music opened up again, leaving us new spaces to fill and new opportunities to rethink our past. Just as Merriweather documents the era in one of its forms, we wanted Ballet Slippers to do the same for some of its other forms.”

Earlier this year, Animal Collective unearthed an ambient version of “My Girls”. The separate members of the Collective have also had individually busy years, with Avey Tare dropping Cows on Hourglass Pond, and Panda Bear sharing the new album Buoys and digitally releasing his 2018 EP A Day with the Homies. Last month Panda Bear came out with yet another new single, “playing the long game”.Over the summer, Avey Tare and Geologist collaborated on a new 25-minute song “Summer Blaze” and a cover of Silver Jews’ “Ballad of Reverend War Character”. 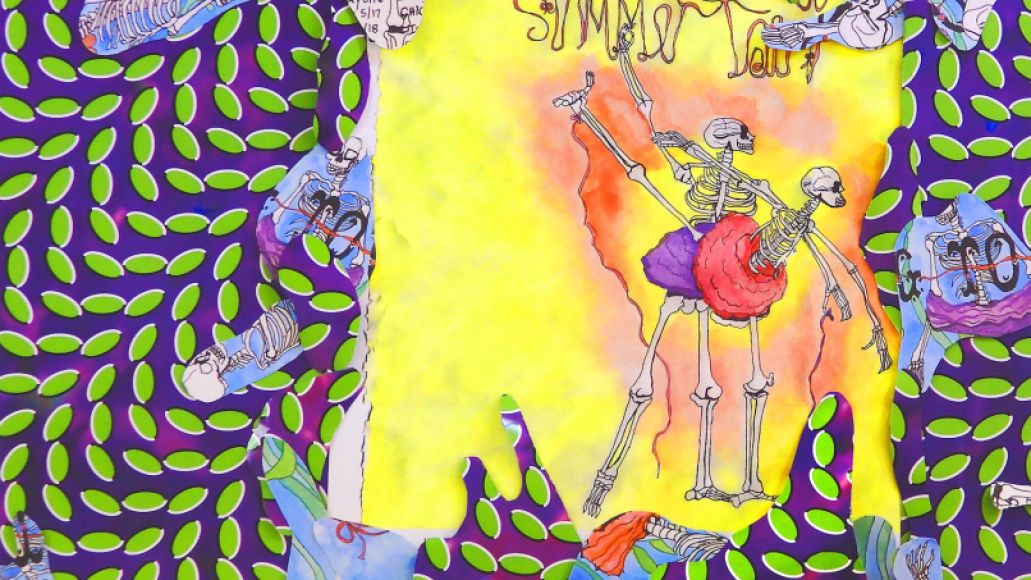