Two of alternative hip-hop’s brightest acts have linked up for a fresh collaboration.

Clipping. have enlisted the assistance of Shabazz Palaces on a new offering titled “Aquacode Databreaks”. The track, with sputtering and crackling percussion constantly keeps things enthralling, is available to stream below.

Today’s cut is taken from clipping.’s forthcoming 12-inch single, “The Deep”, due out November 29th. The Sub Pop project features two other unreleased songs, the title track and “Drownt”, and is available for pre-order.

According to a press statement, “The Deep” is “a dark sci-fi tale about the underwater-dwelling descendants of African women thrown off slave ships and based on the mythology of Detroit electronic group Drexciya.” Originally commissioned for an episode of This American Life, the single went on to inspire a novella of the same name by author Rivers Solomon.

News of “The Deep” arrives just a few weeks after the release of clipping.’s full-length album, There Existed an Addition to Blood. It also comes as the outfit is scheduled to perform at the Adult Swim Festival in Los Angeles. Grab your tickets here.

As for Shabazz Palaces, their last proper record, Quazarz vs. The Jealous Machines, dropped in 2017, though they recently hit the studio with Flying Lotus. 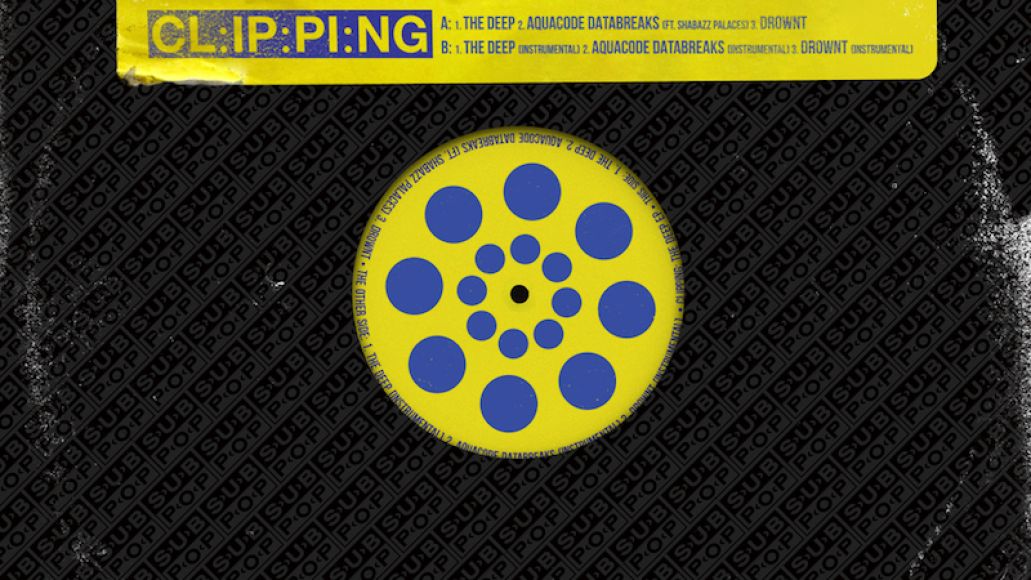