This weekend kicks off The Growlers’ Beach Goth, two nights of heaven and hell at the Hollywood Palladium. This year’s festival, the eighth iteration, is a more celebratory and, at the same time, parred-down version of earlier installments. Back in 2016, the festival, which takes its name from the band’s California-imbued lo-fi fusion surf, garage rock, and punk sound, found itself in imminent peril. Inclement weather and logistical nightmares had left fans ticked, to say the least. Then, a lawsuit followed, with the Observatory — where Beach Goth was held for its first five years — suing the Growlers over rights to the Beach Goth name and merchandise, forcing the band into a business- (and lawyer-) savvy side of the industry they’d never seen before. But now, the band have recaptured the festival’s name and its true essence; they’ve even left names off the lineup, which singer Brooks Nielsen chose to do because he just wanted to throw a surprise party.

Somehow, during the ups and downs of maintaining an event in a world of Fyre festivals and cancelled Woodstock celebrations, The Growlers have also released six studio albums. Their latest, Natural Affair, an optimistic conversation on the dire state of things, was released on the band’s very own Beach Goth Records and Tapes on October 25th. The album is a testament to a life lived on the road, the changing meaning of family, and the awakenings that only come through triumph over trials. This can be felt in the lyrics, “Wine still cheap and red/ Eyes still deep and true/ Glasses raise again/ Drink to the pulp of youth” confidently spilling through “Pulp of Youth” or the all-too-timely and relatable line, “Boys will be boys and get away with murder/ Girls should rule the world it’s true” on the album’s eponymous track.

We caught up with Nielsen to talk about The Growlers’ new album, being a working band, throwing surprise parties, and sharing a little bit of their world with fans.

Throwing our own festival without anyone’s help and now creating our own label without anybody’s help or influence … it’s a lot of work, but it’s always a lot of work. At least we have more control now. It’s less steps to get what we want. The reason we wanted to do it was because things had shifted to us playing everyone else’s festivals and playing bars all over the world, and it got monotonous and a bit stale. It was like, let’s go throw our own thing again, the way we used to always throw our parties, and that was fun from the beginning, you know?

Signing on with someone else, and it’s growing rapidly, but then you’re like, wait, what’s going on, and kind of losing some control and things happening that you don’t want. Some artists you don’t want on there or finding out the business side of it and how much money’s getting spent. And maybe safety issues and us being concerned like, wait, this is our name and these are our fans. Like, we’re not trying to scam anybody here. It did get scary for a second, to be sued and have to learn about that world and have to, you know, face the reality of this business. We always knew what was out there, but it never affected us. Meeting someone that’s a horrible person and really wanted to take us out, that was difficult. But we just kept doing what we do best, and it’s like, whatever, we’re going to keep throwing parties, and if any you’re in, you’re in. If you’re not, whatever.

We realized we’ve built our own little world, and it’s kind of sustaining itself, so why are we going to go reach out for help? We have this control and I mean, we’re still not clear about how the business works and how everything works, and we all feel differently on different days. It really does come down to yourself. Even when you are working with other people, it’s up to you to perform and at least to be happy about it. I’m happy with the record we made, I’m happy with the party we’re going to throw, and I’m happier with touring than I’ve ever been because I’m in a better mindset and I’m more grateful.

On Being a Working Band That Throws Surprise Parties

We just kept doing [Beach Goth], and it’s always been a success that we see directly from the fans, so everything else, it really didn’t matter. We powered through the lawsuit and kept doing what we do. The Growlers have always been a working band. We just play shows. That’s our business. We connect with our fans. That’s it. We haven’t had any other real outside help. We tried things, we’ve worked with people, we’ve learned things from people, but you know, I just really feel like we’ve taken it all back home. Making the record ourselves, putting it out ourselves, doing the festival ourselves, and feeling happier about it. You know, this is the first time I’m doing what I always wanted to begin with, which is to throw big surprise parties. 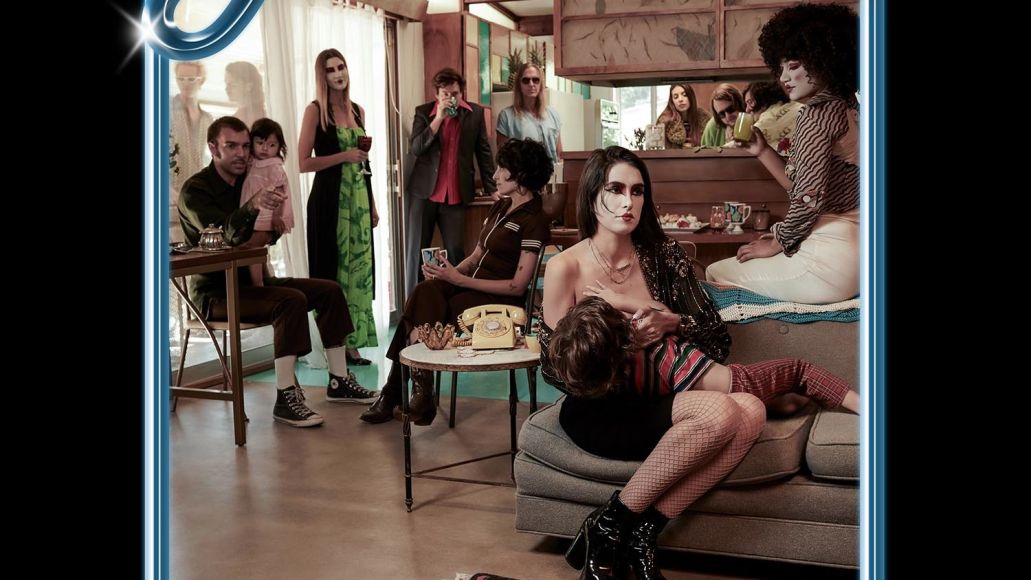 I don’t even like the idea of putting this list of band names out there and having people working really hard, knowing how it is to deal directly with bands and get them to commit to something, even though some of [the audience] might not even know who we are, then putting the name out there and watching people slander them. They’re just a name on a list. So I want it to be if you trust us, if you love us, if you want something different, come inside and we’ll share a little world with you.

On Writing About His Dysfunctional and Fruitful Life

I think my writing has always been really tightly about my world and people I’m actually connected to because I’ve kind of created a world of my own and keep myself here and really keep myself away from any type of outside influence. Even my close friends know not to even bring these things up to me. I just kind of live a very simple private life, and I have become more of a family person. And so the songs reflect my kind of being confused about where the line is drawn. I don’t really know. Even now, some of those songs, I don’t know which family I’m talking about. Am I talking about my current family or the family I want or The Growlers family? it’s been so dysfunctional and fruitful the entire time. 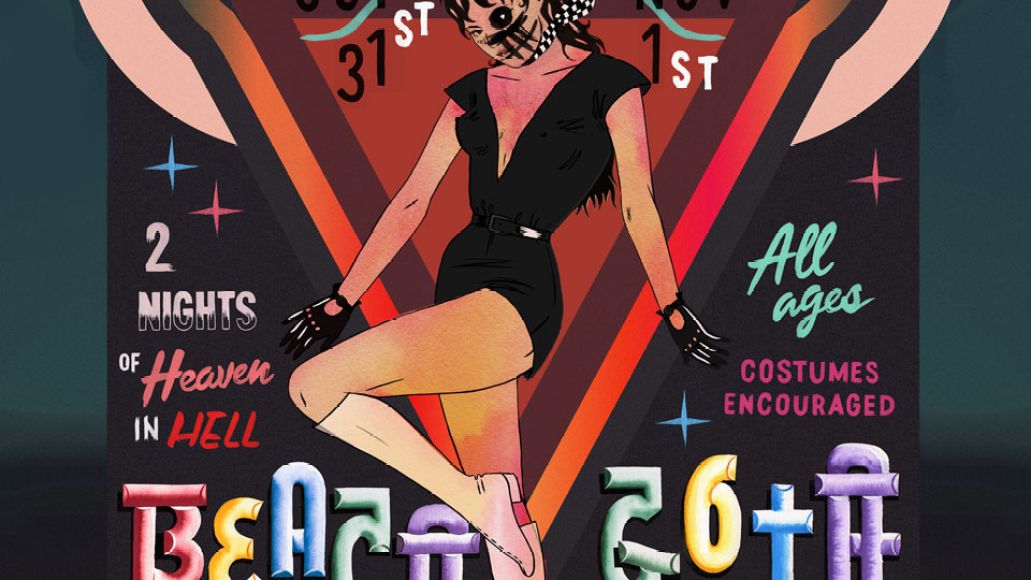 On Going Through Hell to Make Art

I’ve always had the perspective that that’s the way life is. I was never jealous of other people or saw that some people had it easier. I’ve always thought that, in any circumstance, it’s just human nature that you’re going to come across suffering and horrible things, and that’s rich or poor or whatever. We put ourselves into poverty to make art. We had jobs could continue working, that seemed like an easier route. And I think there’s some part of me that was like, I think that’s how you make good art. I think you have to go through these things. And I think it’s just part of learning and living. And you know, part of me wanted to sing country music when I first got into this, but I knew that it would have sounded ridiculous that these, all of those emo men that I’m listening to have lived through crazy things and experiences in their life and that’s why they have that sound or that attitude to pull it off. So I have almost welcomed it or at least I’ve been content with it, and if anything, having something helps you get through and The Growlers is definitely something to be distracted by and completely immersed in.

On Allowing Listeners to Make Their Own Interpretations

I do have this thing where that naturally happens where I really enjoy people getting it kind of wrong, but it works out for them. Like, “Oh, that’s what you got out of it … that’s beautiful. Some of it is like me dissecting what the hell I was talking about. I mean, not that I’m bullshitting, but it’s just that I’m pulling from so many areas and they’re all so relatable that if it starts off me talking about a certain friend and then I start thinking about my father, then all of a sudden at the end of it, I’m thinking about me as a father. It kind of blends into this weird thing where I don’t know where it ended up at. I know where the things get derived from, but I think every song harnesses a piece of that. It’s just my ongoing interpretation of what the hell is going on.

Conversations with Consequence: Brooks Nielsen of The Growlers