Join us all month long as we celebrate the best music, film, and television of the decade. Today, we continue the celebration by chatting with one of our favorite bands of the decade, Deafheaven.

In many ways, the story of metal in the past decade is the story of Deafheaven. Vocalist George Clarke and guitarist Kerry McCoy formed the band in their San Francisco apartment in 2010, when they were barely legal drinking age, and leveraged the internet to spread their blend of black metal and post-rock.

In 2013, Deafheaven released their breakout sophomore album, Sunbather, which may be the most popular metal album of the decade among critics. It precipitated a renaissance in atmospheric black metal that defined the decade. Many perpetually contrarian black metal diehards hated it, but their admonition didn’t stop Deafheaven from growing into a must-see live act and crossover musical success.

Now, at the end of the decade, Deafheaven have two more esteemed albums — New Bermuda and Ordinary Corrupt Human Love — under their belt, not to mention a whole lot of touring experience. As such, there’s no better musician than George Clarke to unpack the last decade in metal with us.

With Deafheaven recently included on Consequence of Sound’s lists of Top 100 Albums, Top 25 Metal Albums, and Top 25 Metal Songs of the 2010s, Clarke recently spoke to us from his Tokyo hotel room to talk about youth, maturity, and why metal will never die.

In 2009, I was living in San Francisco, I had moved there that year. It was a lot of fun; It was an exciting time. I had just turned 20 and we were pretty careless. Everything was about going to shows, going to parties, meeting new people, and living a new life in a lot of ways.

I’ve always been listening to things besides metal but at the time I was particularly into the heavy stuff. I was listening to His Hero Is Gone, Eyehategod, and I remember listening to Crossed Out, Siege and a lot of ’80s hardcore, as well as Discordance Axis, Insect Warfare, Pig Destroyer and the wave of metallic grindcore that was happening. I remember in 2009 seeing Unholy Grave with Magrudgergrind and that being par for the course. And then, of course, black metal, too, certainly, listening to a lot of Weakling, Ludicra, Velvet Cacoon, a lot of weirder black metal. Also, I was listening to the Cascadian stuff, including Skagos and Wolves in the Throne Room. That’s where I was between 18 and 20.

I remember that time very specifically. Kerry and I talk about this quite a bit, being in high school during the Bush era and there being a tremendous distrust of government. There was a kind of freedom in it. I also remember the 2008 financial crash happening — I remember despair but also thinking, “This is a chance to live outside of all this.” It was very teenage, but we felt like the only reaction was to have no responsibility at all. It was a kind of a low-living free-for-all in a lot of ways. That kind of mentality opened us up to being more expressive and not caring about confines and stuff like that. A lot of that with maturity has changed — my attitude about the world for sure — but coming out of that I remember thinking, “All of this is insane and beyond me and has nothing to do with me. We’re just going to make music and live in our own world.” So we didn’t go to college, we dropped out of high school and did or own thing. It’s funny how something that monumental effects a generation in so many different ways.

On their 2013 breakout album Sunbather

People later in conversation about that record, in particular, have reframed it politically. In a sense [Sunbather is] all about youth and identity in a way — not knowing yourself — and wanting more and looking at wealth disparity. But that’s not overtly talked about, it’s kind of just there as part of the theme of the album. I think about it as kind of apolitical and more focused on emotion and internal feelings, and adjusting to the realities of adulthood.

I turned 31 last month and I was having a conversation with a friend about black metal. More specifically, in the time that we came up when Alcest, Lantlos, and Krallice were very much a hotbed. That was our generation. It’s true that black metal had its moment.

I like this about metal: because it exists so much on its own without major media attention — even when certain bits of it have their peaks and valleys — the whole of it continues. Right now I would argue that death metal, especially the OSDM [Old School Death Metal revival] is having its moment more than any other subgenre; it’s right now at the period where I felt like I was going to shows from 2008 to 2011, when everyone was wearing black metal t-shirts. It’s great because death metal still existed then and black metal still exists now, so I think when these things have their peaks and valleys we should celebrate them in their moment and enjoy it. It will go away but it also won’t go away, it will always be there because nothing gets so big that it blows out and people become exhausted from it, so much so that you never see it again. I think that’s positive. 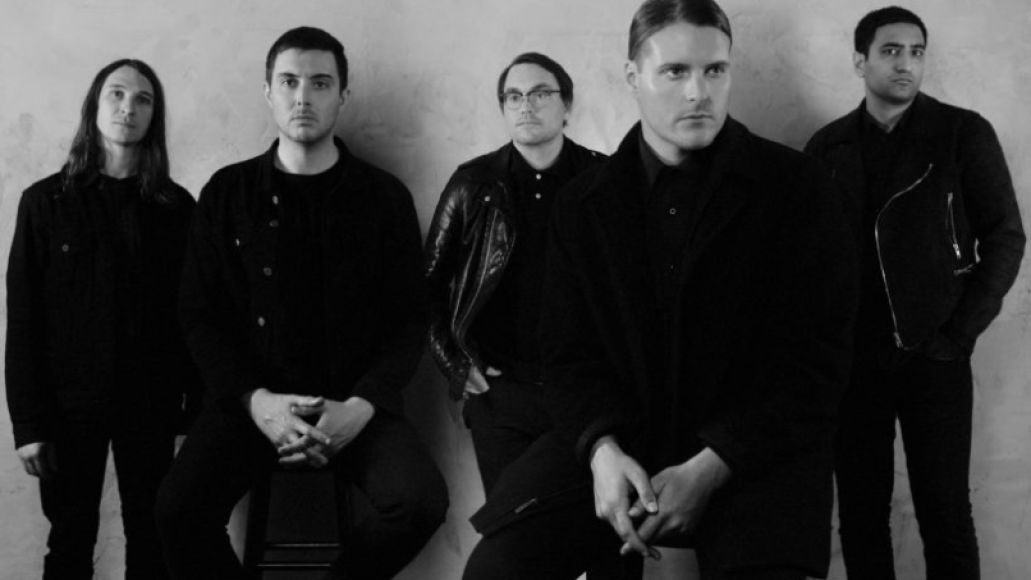 So much has changed good and bad. I think that the worst thing to happen to music since Deafheaven started is the tearing down of Mediafire and Megaupload. When those sites were torn down and labels fixed the downloading problem by creating music streaming — and I stream music — I think that’s the biggest change that happened. Do you remember the Mediafire hearings? I remember seeing pictures of the Mediafire guys in court.

I had libraries of music from the internet, lots of live cuts and rarities. I had like four Sepultura live sets from 1993. It was music collecting for a different generation. As a teenager, I didn’t have any money and certainly in my young 20s, the same applied. We supported music in our own ways. But when that changed, sales changed and marketing changed. The idea of corporate interest changed and became much more involved. Things got homogenized a little bit. It’s been interesting to see that unfold.

Kerry and I worked at a nonprofit group called Clean Water Action in downtown San Fransisco. We both kind of hated it. We would leave in the morning with 20 albums downloading, or rarity collections, and we would come home stoked. We would go grab some beer and then listen to the records, or at least that’s how we listened to music because we didn’t have records.

And that’s how Deafheaven came up. When we had our demo, every blog that I loved I just sent the demo to. People that liked it would do a write-up and put it up for free. I also remember first hearing about Bandcamp in 2010, or at least we set up a Bandcamp in 2010 and did the blog thing. We got signed off of a blog. I loved that whole community. I thought it was very rich and I do think it was kind of stolen. I respect artists and I respect what it feels like to have your art stolen but I think that tearing those things down hurt the collector more than the average consumer.

In our tenure that was the biggest thing to happen to music in a world of otherwise positives.

I also think we grew up hearing about labels doing nothing but screwing artists, so when we got old enough to get deals, we approached it with a take-it-or-leave-it attitude. I said to my label, ”I appreciate that you are trying to help us, and I want you to help us, and I think this could be mutually beneficial, but I need you to know that nothing even gets listened to until it’s mastered.” We don’t send music or send art. The label gets zero approval. Once our album is submitted, we turn it in and it’s done. And thankfully we have found people that agree to that and it works really well. I know other artists that have had that same experience and I think it’s great. I also think with the advent of social media we’re able to feel each other out a bit more and share experiences, so people are smarter and more prepared. 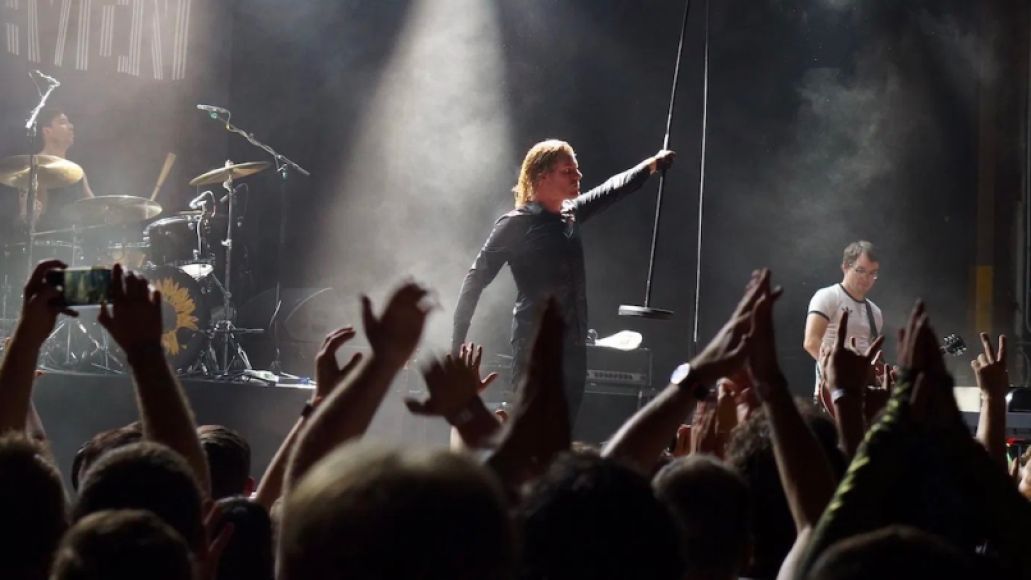 Thanks to George Clarke for taking the time to speak with us. Keep up with the band at Deafheaven.com.

Deafheaven's George Clarke on the Past Decade, His Band's Breakthrough, and Why Metal Will Never Die