Call me old-fashioned, but there really is no other experience quite like seeing a movie on the big screen. Don’t get me wrong, the convenience of watching something at home from a Blu-ray or on one of the umpteen million streaming services is great, but the theater-going experience reigns supreme. One of the greatest things about living in a city like Chicago is I have no shortage of venues in which to watch something. From multiplexes to indie theaters, second-run theaters to arthouses, the range of programming available to be seen is vast. (Full disclosure: I’m currently employed at one of the latter, the Music Box Theatre.) And I’m a sucker for seeing classics in a theater, but 2019 brought about something that threatens the way I, and many others like myself, can see these movies: the Disney-Fox merger.

Much has already been said about Disney’s acquisition of 20th Century Fox. Already a company that needed no extra help, Disney currently boasts the four highest-grossing films of the year, combining for over $2.2 billion alone in domestic sales at the time of this writing, and a fifth is most likely coming with the upcoming release of Star Wars: The Rise of Skywalker. Meanwhile, the top four Fox releases of the year have only managed a 10th of that. Current movie going trends aside, the merger was always about one thing, and one thing only: Fox’s massive library of classic titles. As if Disney didn’t have enough of a stronghold on what we can see, the options are about to become even less for these smaller theaters.

The exhibitor-relationship and how it operates is largely unknown to the general movie-going populous and with a place that shows repertory titles, even less so. As an example, say an indie theater wants to show a screening Jaws. They’ll reach out to its distributor, Universal Pictures, to see if its available. If so, Universal will come back offering an agreement with terms like either a flat fee or a percentage of box office sales. Different distributors have different policies and some are easier to work with than others. Disney has always been extremely selective with who can show its repertory titles, especially the animated classics. Things like being a theatrical vs. a non-theatrical venue can also affect this. Now with Fox under its umbrella, a bunch of titles just got a whole lot tougher to see.

In the wake of this revelation, I spoke with several theaters and exhibitors on what the merger means to their business, how their relationships were pre-merger and post, and what it means for the theatrical experience going forward. Some have had success in getting the films they’d like to show and some have not. 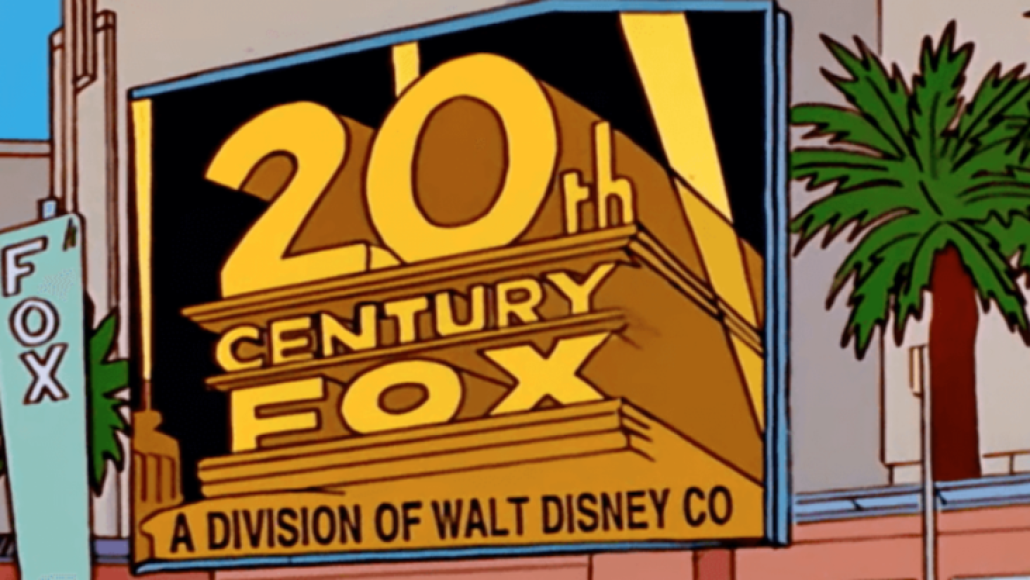 “The Fox library is so historically important. It’s hard to grasp how massive and important it is to film history. Owning that library is a great responsibility and we feel they have a responsibility to make it available to theaters. Any theater doing classic or repertory or cult films, it’s not right to cut them off from this enormous piece of film history. The list of essential films is insane. From Sunrise to Fight Club,” says Dylan Skolnick, Co-Director of Cinema Arts Centre in Huntington, NY that shows first-run arthouse movies like Parasite and Jojo Rabbit but also a mix of cult classics, documentaries, and classic titles.

Prior to the merger, Fox had been easy to work with as “they’d call when they had something like 12 Years a Slave or Widows coming out,” says Skolknick, while Disney completely froze them out. Disney maintained a policy that as they were a first-run theater, they could not run Disney films. Surprisingly, the opposite is almost true now: Fox has decided that they cannot play first-run Fox titles if they want to run Fox’s repertory titles, while Disney is okay with them showing repertory titles like The Nightmare Before Christmas.

“You can’t negotiate with the Mouse,” Todd Schall-Vess, General Manager of the Byrd Theatre in Richmond, VA told me. His theater specializes in mass market second-run titles with additional programming series that gear towards classics and family-friendly fare. “The concern was what happens to the entire Fox library once it was controlled by Disney.” Titles like Die Hard and The Princess Bride were once obtainable but are no longer. “In many ways, Disney’s stance was easy because we knew their attitude because the answer was always no.” He later goes on to say this attitude has expanded since the merger. “The scope of Disney’s reach extended with the acquisition of Fox. The trouble is it extended backwards in time.” 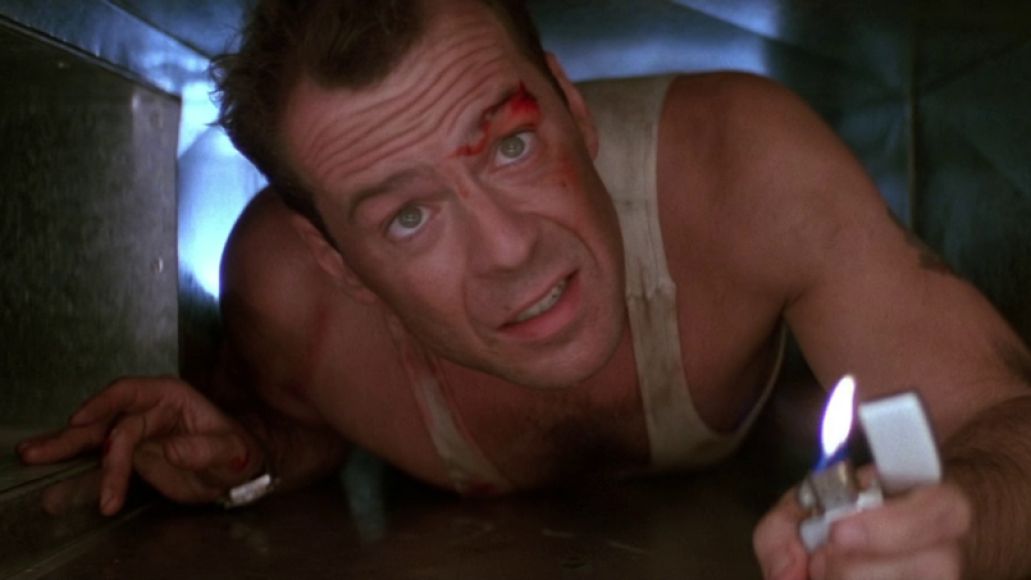 At my very own Music Box Theatre in Chicago, IL, a variety of arthouse, independent, cult, foreign and classic films are shown. In the past, Disney has thrown us a bone once or twice a year and let us play something like Pinocchio or give us a 70mm print of Sleeping Beauty. General Manager Ryan Oestreich oversees “the majority of repertory and special event programming, either by picking the programs alone or working with the amazing staff of the Music Box.” He also tells me since the merger, “We have not experienced a change in our relationship with Fox. We have booked a handful of titles since the merger without any issue. I don’t know if that is going to change, but I would say that it would be bad for the Theatre and its audience if the Fox library were suddenly unavailable.” Thus far, it would seem we’re one of the luckier places.

For a place like the Capri Theatre, its business as usual. The arthouse, located in Montgomery, AL, hasn’t had much of a relationship with Disney pre or post merger. They would and still work with 20th Century Fox and it subsidiaries, Fox Searchlight and Fox Repertory. Even so, director Martin McCaffery has strong feelings about how distributors book repertory films, stating, “I’ve been doing this for almost 35 years and I still cannot figure out why distributors do not want to let us make money for them. I know a small city like Montgomery is meaningless in the grand scheme of things, but it is money on the table. Why would they turn it down?”

Sometimes a fixed venue isn’t required to show movies. Few know this better than the Chicago Film Society, which books films exclusively on 35mm or 16mm and hosts screenings at several locations depending on the week. Programmer Kyle Westphal says, “Our relationship with Fox has always been complicated. Like any studio, it has people who care passionately about the library, alongside others who are not as familiar with everything in the back catalog. That’s okay. Your repertory program might not be the most urgent request on someone’s docket that day, and you have to respect that. It always comes down to the relationships you build and the case you make. Can the studio trust you with this vault print? Can you graciously take ‘no’ for an answer instead of leaving a dozen angry voicemails? If you can, you’re more likely to get a ‘yes’ next time.” 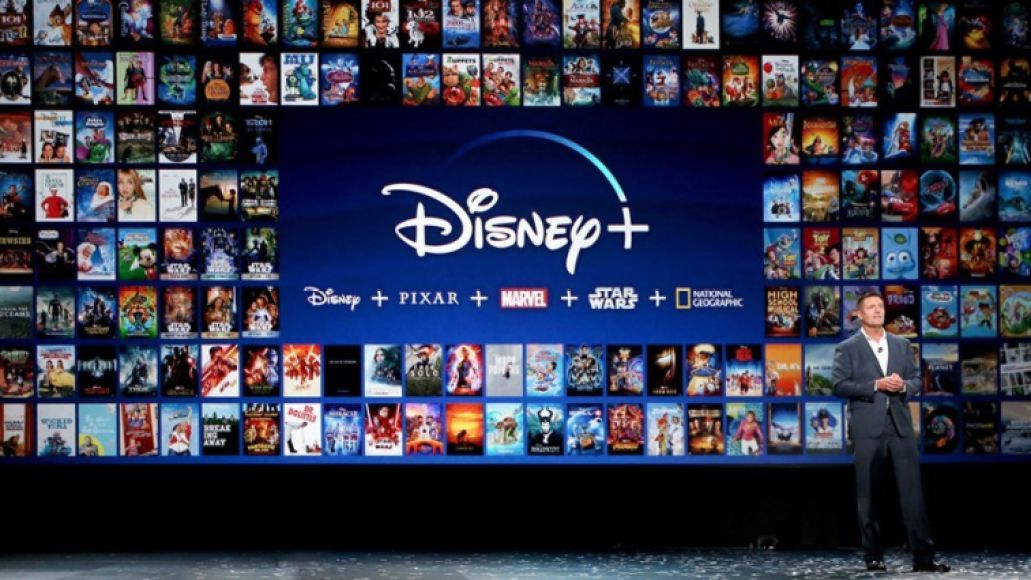 Relationships with distributors can be paramount to obtaining film titles and the necessity to maintain good standing in those is of the utmost importance. Speaking with the Programming Director of an arthouse venue that wished to remain anonymous, they say, “For repertory Disney and Fox titles, we immediately had an issue because of some holiday shows we wanted to book. First, my rep at Fox lost her job shortly after the merger. I had been working with her for about three years, though I’m not sure how long she was at the company. Next, when I reached out to book a repertory title with my new rep (who was previously her supervisor), he told me I would not be allowed to book any repertory titles going forward.”

This is a wall many places now face since the merger. Because of this, theatrical exhibition faces trying times ahead, though there are still reasons to remain hopeful.

“Every time there’s a change like this, half a dozen pundits jump up in the news and says this spells the end of movie theaters,” says Todd Schall-Vess. “They have been for 20 years but they aren’t going anywhere, they’re evolving. We have to be responsible and make good choices. We have to think like a showman like P.T. Barnum. We’re providing an experience, not just a movie. Someone can watch a movie on their phone or on Netflix at home. If we forget the experience, we are in danger of no longer existing.”

Keep that in mind as you download Disney+, and hopefully we’ll still see you at the movies.

Female Fans Use Social Media to Expose The Orwells' Allegations

Baby Driver and the Terrifying Truths About Tinnitus

The Day the Arthouse Stood Still: The Effect of the Disney-Fox Merger On Theatrical Exhibition