The lineup for the 2020 Epicenter Festival in Concord, North Carolina has been revealed. Previously announced headliner Metallica will be joined by Deftones, Disturbed, David Lee Roth, Lynyrd Skynyrd, Godsmack, and more.

The three-day extravaganza takes place May 1st through 3rd at the Rock City Campgrounds at Charlotte Motor Speedway, a new venue for the annual festival.

As previously reported, Metallica will play two unique sets at Epicenter, headlining the Friday night and Sunday night bills. The metal icons will do the same at four other Danny Wimmer Presents festivals in 2020, including Welcome to Rockville, Sonic Temple, Louder Than Life, and Aftershock.

Joining Metallica and Godsmack on the Friday lineup will be Papa Roach, David Lee Roth, Royal Blood, Ghostemane, Ice Nine Kills, The Darkness, Starset, Agnostic Front, Sick of It All, and more.

The full lineups for each day can be seen in the poster below.  Single-day, three-day, and VIP tickets are available now at EpicenterFestival.com. 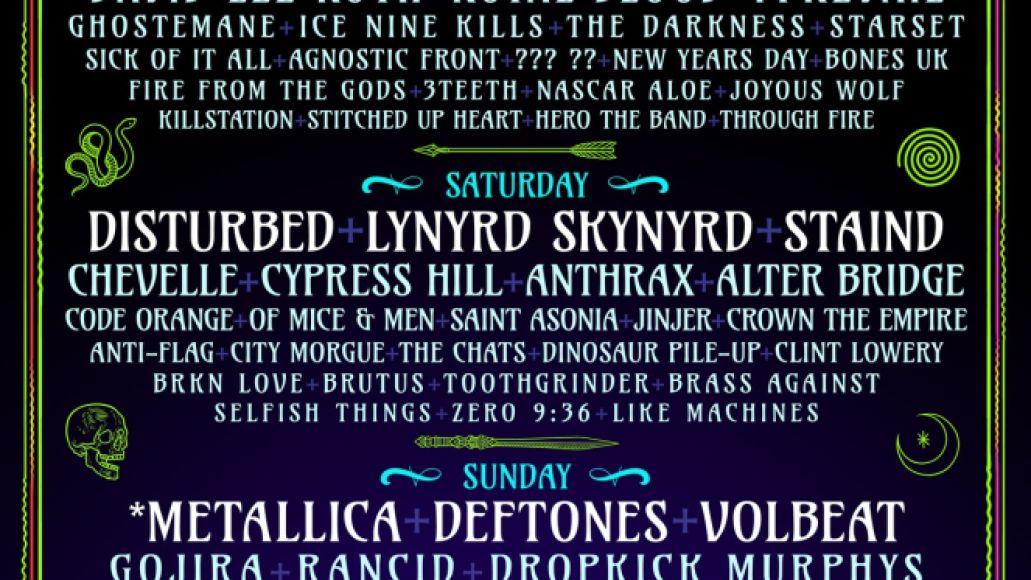