The Pitch: Most will notice the names Joe and Anthony Russo attached as executive producers. Hot off Avengers: Endgame, they’ve clearly developed enough clout within the Marvel system to get this rare original action-thriller off the ground and onto the big screen. So, what’s it about?

A hotshot detective named Andre Davis (an icy Chadwick Boseman) is known throughout the New York City justice department for his famous super cop father who was killed 19 years prior on duty. Now, he’s making his daddy proud by becoming a tough-talking officer of the law whose pulse doesn’t rise past 80 beats per minute.

Davis is on a search for the truth after two armed gunmen named Michael and Ray (Taylor Kitsch, Stephan James) kill seven NYPD officers while looking to score 300 kilos of cocaine. Up all night and low on time, with a swath of cops out for justice, Davis somehow has the authority to close the titular 21 bridges in and out of Manhattan to smoke out these cop killers and find out who is really behind this botched robbery turned massacre.

While Davis is written to be two steps ahead, it’s easy to see where the script by Adam Mervis and Matthew Michael Carnahan is headed. 21 Bridges is not without thrills, but it’s in service of a clunky story about corruption. 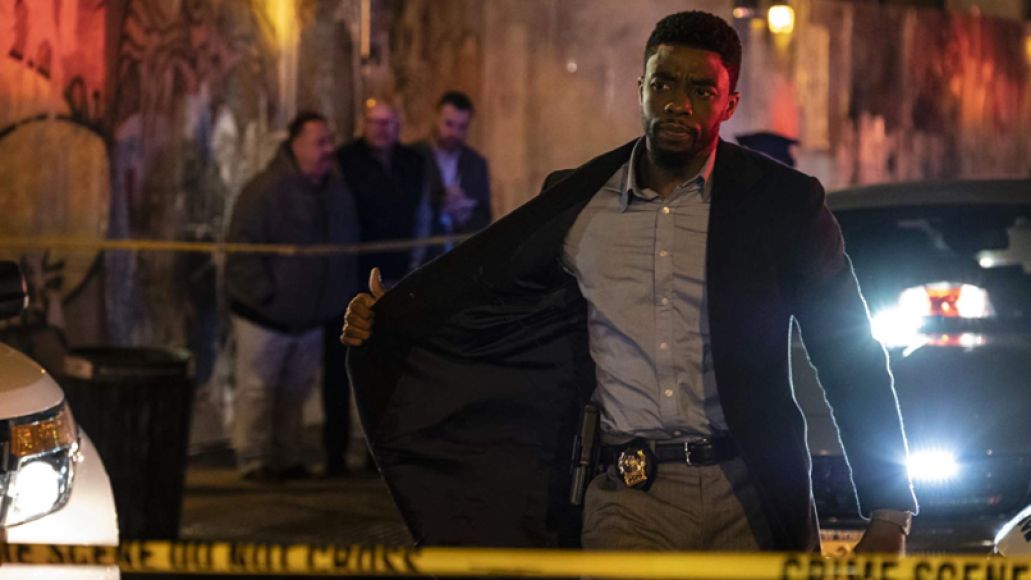 Throwback Action:  In 2019, you’re more than likely to find an actioner of this ilk appear as one of those little tiles on your Netflix browsing dashboard and skip theaters altogether. With a more positive outlook, this is a small victory in the war for bringing original stories to theaters. This is a bittersweet pill, on one hand, it’s exciting that studios are still cranking out a few of these original vehicles a year, on the other, cinema-goers just deserve better. Director Brian Kirk, best known for his work on the first season Game of Thrones and the toothy cop drama Luther, is a bit out of sorts when his film breaks away from the cat-and-mouse game between the two parties. After all, the script drums up some ambitious plot twists and the juggling of several character beats that all prove to be too challenging to wrap up in a mere 100 minutes of run time. Where are Michael Mann and Tony Scott when you need them?

Up All Night: Movies that take place over the course of one day — or, in this case, one night — are a classic movie-making trope. If done well, you can achieve an unpredictability that plays like smooth jazz. Keeping with that metaphor, then, 21 Bridges hammers down its time like heavy metal. When Davis decides to close down the isle of Manhattan for the night, he has four hours before the city is opened back up for business, and we watch that time wind down as a clock materializes from 1:00 am to 3:00 am and so on as we approach our 5:30 am deadline. It’s an issue of telling the audience why they need to be tense instead of creating it organically. Beyond the clock, you never get the sense that time is even an issue, neither from the camerawork nor the performers whose put-upon narrative devices lack any thematic heft. 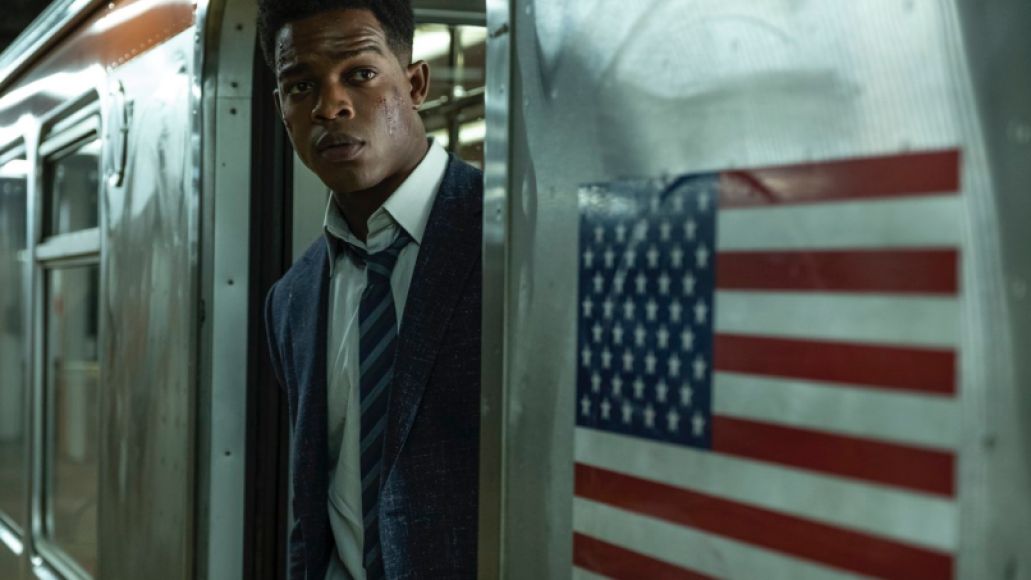 Chadwick Boseman v Everybody: Speaking of the cast, the list begins with Boseman and splinters off into an ensemble that the story never services efficiently. Kitsch is nothing more than a baddie with a penchant for killing, Oscar winner J.K. Simmons wears the crooked cop face, Sienna Miller’s fate is spotted from a mile away, and Keith David is a total afterthought. The only supporting player to come out unscathed is James, who brings a nuanced depiction to a sympathetic character caught in a morally grey area. In the end, Davis is essentially a one-man wrecking crew that can outrun bullets, moving cars, and knock out his opponents with a single punch. Sure, it’s fun, but that doesn’t make it any less ridiculous. It’s as if the screenwriters wanted Boseman to take on each of the supporting players like they’re boss levels in a video game.

The Verdict: There’s no denying the cheap thrills 21 Bridges has to offer. On the surface, we get a rough-and-tumble action film from the bygone era that serves up the middle-of-the-road divergences that play into a larger scheme of police corruption. However, the plotting gets tripped up by too many self-imposed obstacles that cause this otherwise breezy romp to feel weighted down by its own design. True, there’s some truth to what Kirk and the screenwriters are trying to communicate, the problem is they’re a bit too trigger happy.