The following review was originally published as part of our coverage of the 2019 South by Southwest Film Festival.

The Pitch: Sebastian Jones’ and Ramez Silyan‘s documentary about Lil Peep (born Gustav Åhr) covers the rapper’s entire life, which was cut far too short when he died of a fentanyl-Xanax overdose in November 2017. Through a wide-ranging slate of archival footage and interviews with his friends, family, and collaborators, Everybody’s Everything depicts a performer who, like all of us, had many conflicting, coexisting sides to him. He was extroverted yet insecure, explosive yet vulnerable, depressed and yet endlessly ambitious.

“I know it hurts sometimes, but it’s beautiful”: Many documentaries about older musicians with longer legacies have had to skimp on the behind-the-scenes clips over the years, simply because there weren’t as many available. But like all of the artists in the emo-rap genre he helped pioneer, Lil Peep practically grew up on the Internet. Even if there wasn’t a trove of home movies readily at the filmmakers’ disposal, he had already filmed much of his own life, well before he’d start broadcasting it on social media. The juxtaposition between Peep at home as a kid, and a not-much-older Peep cast out in front of the world, is both fascinating and heartbreaking.

In an early scene, his fiercely devoted mother Liza Womack (who also executive-produced) films him as a toddler — his striking brown eyes, his namesake, blazing into the camera. Later on, we see Instagram videos from shortly before Peep’s death, by which point he’d taken too much, loved too much, and felt too many people leech off his success. By then, those same eyes had taken on a pleading vacancy.

iLoveMalick: This overwhelming collapse of time takes on even greater weight within the film’s framing device. Instead of traditional narration, we hear Lil Peep’s grandfather — the historian and Rhodes Scholar John Womack — read letters of assurance to his late grandson. Whenever Womack ponders Peep’s place in the universe, the nature of creativity, and the afterlife, the documentary feels reminiscent of Terrence Malick, who also served as an executive producer. 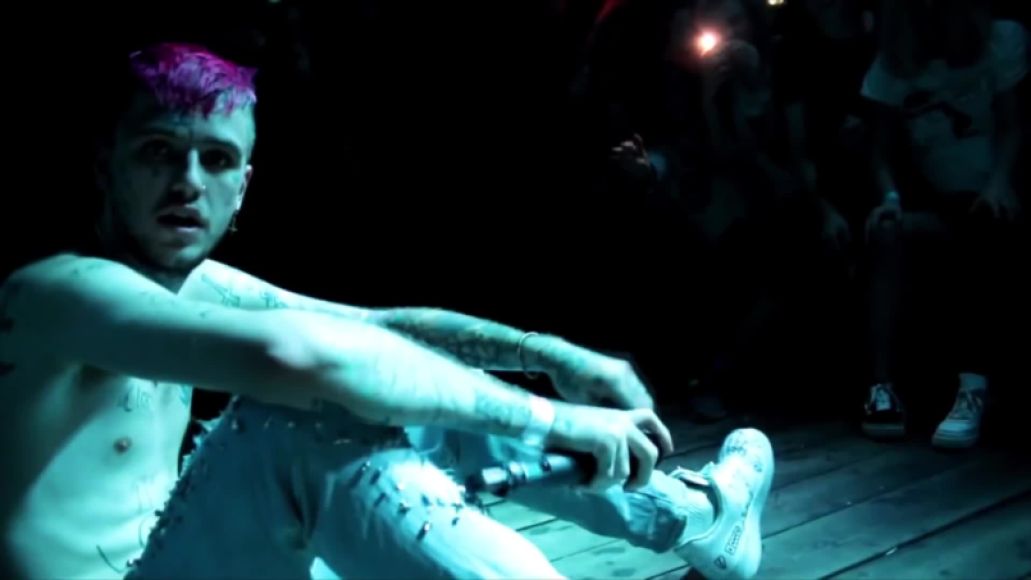 Different eras continue to converge elsewhere in the music of Peep and his respective Gothboiclique and Schemaposse crews. Each collective cranked out audiovisual media at an impressive rate, often sampling indie and nu-metal music popular right before they were born and filming music videos on old VHS equipment. Because of the wormhole nature of the internet, sounds and styles from disparate decades are able to collide. There’s a profundity in this overlaying of time and space, even if the music remains abrasive and profundity was never any of the artists’ explicit intent.

“I ain’t never gon’ answer it”: Unsurprisingly, Everybody’s Everything feels most conventional during its talking-head interviews, an aesthetic shared with almost every other music documentary out there. There’s of course nothing wrong with conventionality, but the standard Q&A conversations don’t bring nearly as much heat as the home videos, concert footage, and musings from Lil Peep’s grandfather. That’s largely because many of his loved ones are still in the process of grieving, of trying to find a single logical explanation for his mental health issues: his self-suffocating generosity, his estrangement from his father, the parade of hangers-on in his life. As with any person who’s died far too young, there’s still the desperation to find answers.

But when the film shows rather than telling, it’s clear that there are no easy answers for this kind of tragedy. How does one tie such a loss back to any one thing? There’s far more resonance when we get glimpses into Lil Peep’s actual, active life, as opposed to just hearing about it. Toward the end, there’s an extended shot of the rapper walking down the street while a delicate, acoustic version of “Walk Away As the Door Slams” plays. At times, Peep seems cheery. At others, he seems contemplative, maybe a little lost. He was probably all of those things, and so much more that we can’t see on camera. As a viewer, it’s these undefined moments that feel the most painfully authentic.

The Verdict: At its core, Everybody’s Everything embraces several conventions of the typical rock-doc. But its wealth of archival footage and flirtations with big-picture philosophizing result in several tiny moments of transcendence.

Where’s It Playing? Everybody’s Everything is now playing in limited release.

Film Review: Everybody's Everything Captures All the Conflicting Sides of Lil Peep