The Pitch: The name’s Kringle. Noelle Kringle (Anna Kendrick), to be exact. She’s the diligent daughter of Santa Claus, and she’s in a bit of a pickle. When her brother Nick (Bill Hader) isn’t ready to be the next Santa, he freaks out and skips town, leaving Noelle to pick up the pieces. The rules of the North Pole dictate that a male successor be hatted with the red cap, so Nick and Noelle’s cousin Gabriel (Billy Eichner) takes the mantel by instituting algorithm-based, Amazon-like practices such as digital naughty-or-nice ratios and online purchasing for presents at Christmas.

Noelle serves up a Santa story in which the legend is modernized as the product of royal-esque lineage, and faces dire threats from encroaching technology and changing moods about how we should enjoy the holidays in this day and age. Oh, and there’s the requisite Disney stuff too, like CGI reindeer, eye-popping costumes and set design, and clueless digs at corporate monoculture while reveling in Disney’s own, more correct, form of corporate monoculture. This is a just-different-enough holiday hootenanny to consider itself an original spin on Christmas comedy.

No, Well: Parents, you can comfortably leave your kids alone with a tablet on this one. Some rude humor aside, nothing merits a real finger wag. Not the yoga-filled hippie bashing, nor goofs about being Jewish on Christmas.

Noelle is harmless, hardly subversive, and deserves its polite G-rating. And its greatest weapon is Kendrick, a limitless young talent who can work even the laziest writing into something enjoyable. Christmas is about giving. Traditions can be adjusted. Gifts, however crass or costly they may be, come from a good place. And Kendrick, without a shred of irony, plays the comedy straight. When she’s stranded in Phoenix searching for an AWOL Nick, Kendrick bounces like a ball from person to person, bringing joy to all. Noelle can read children’s karma, speak multiple languages, and even compel strangers to cough up their smartphones to help her out. 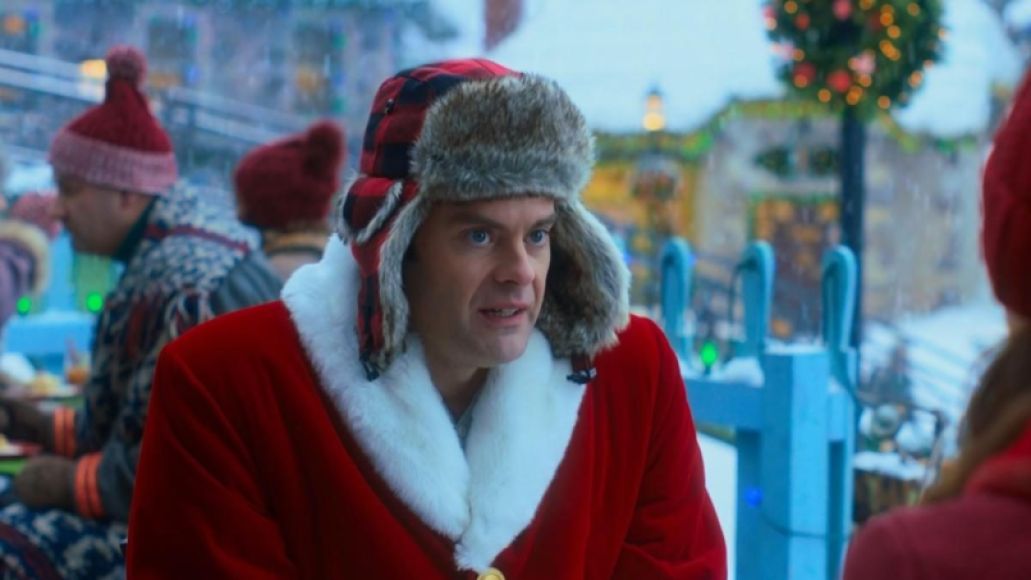 Meanwhile, when Hader is granted screen time (he’s in the film for barely half of its 100 minutes), there are some silly montages to enjoy on the rules and dangers that come with Clausing. Accidents will happen, to Hader in particular, when aerial sledding and slim rooftops are involved. Hader’s everyman anxiety is slim here, but still appealing. Noelle plants two pinkies firmly into its dimples, and forces a smile. And for better or worse, you’ll be fine with it because it’s neither too loud nor so abrasive that you’ll be left wanting to fling a remote at the TV. Watch this in spurts with your kin while making them dinner or replying to work emails. They’ll enjoy it. You may forget what happened a few hours after it’s done, or better yet for Disney, you’ll watch other Christmas stories on Disney+, Streaming Now.

And Now That the Kids are Asleep: Noelle arrives as part of Disney+’s launch, and so far, little is known about The Walt Disney Company’s streaming service beyond business and tech reports. There’s no thesis or vision established so far beyond ‘love thy Walt,’ and knowing what we know, Noelle is steeped in the company’s tradition of family-friendly flicks with high replay value.

There’s a nice pitch within Noelle, but perhaps the unknown expectations of the platform, or the realization that this wasn’t heading to theaters, gave everyone a pass to not make it better. This should be funnier, sweeter, not just acceptable. Is Noelle good? Sure, even though it’s a little slim and slack. What does it say about the full-length features and level of production quality that Disney+ will bring? Perhaps this is a reminder that even Disney can’t find room for its own movies in theaters unless they involve an Avenger or a $400 million production budget.

This is a middle-to-small-budget film, and yes, Disney+ wants to make small movies for smartphones too, but with more approachable and familiar names like Kendrick and Hader (along with undercooked cameos from Shirley MacLaine and Eichner). This isn’t meant as a knock on them, but consider this step one, a marker, of possible things to come. Noelle is a ball of eye-catching wrapping paper, ready to be tossed aside in hopes of something more lasting. Netflix releases dozens of pieces of content, with nominal care, each Friday. Disney fans, take a note. 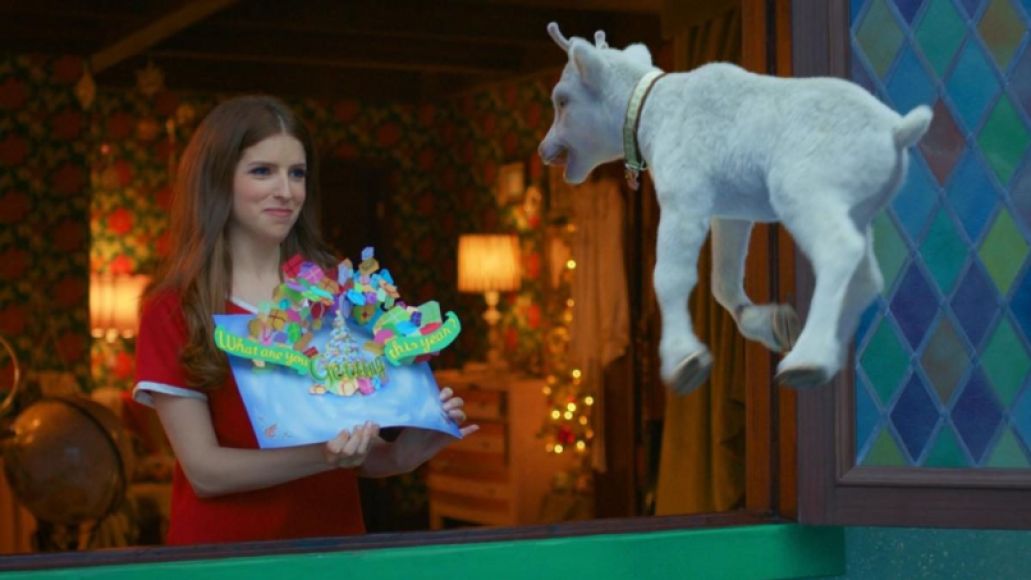 Tech War: Noelle really, really wants to remind you that Christmas is a buying time, as an old-fashioned calling card for holiday planning and re-upping our love of red and green. Call me a grump, but there’s something innately icky about a streamlined Disney product taking potshots at a rival conglomerate like Amazon from their own digital platform. Noelle has running gags about Big Tech ruining commerce and the personal touches of the holidays, but in reality, isn’t the whole thing a costly stress ball anyway? “Yeah nuts to Amazon, we’re the good guy tech site,” Noelle seems to suggest at points, and it’ll make you want to pour hot cocoa on your phone when you think about how tacky that line of thinking is. It fosters brand attachment, identity politics, and other lessons the tots don’t need. Just a thought.

The Verdict: Ostensibly, this is a movie for seven-year olds. Grown-ups, tread lightly. In holiday gift terms, it ain’t coal, and it ain’t a new car. It’s holiday socks, with a big ugly candy cane and some wavy text on it. Noelle’s cute for a minute, but you’re not going come back to this thing after January.

Where’s It Playing? On Disney+, as Walt Disney always intended. Originally, this was scheduled for a theatrical release in November, but duty calls when a streaming platform needs launch-day material.