The Pitch: As first dates go, Queen (Jodie Turner-Smith) and Slim (Daniel Kaluuya) aren’t exactly doing great. Over dinner in a local diner, they go through the standard motions, discovering before long that they have little in common. Queen mostly just took the date for companionship and a meal; most of the time, she’s happier on her own. And the laid-back Slim, who’s content to hang out with his family and go through life, probably wouldn’t be her type even if she were looking to make a more lasting connection.

The date ends as inauspiciously as one can. They drive home, where Slim will drop Queen off and they probably won’t ever see each other again. Messing around on his way there, Slim swerves his car. Red and blue lights immediately signal for him to pull over. Queen, an attorney, instantly frets about whether Slim has anything in the car that could cause trouble (he doesn’t). Slim attempts to keep calm and work his charms, which prove meaningless when the stop begins with intimidation, moves on to an unwarranted search, and inevitably sees a gun drawn. The shouting amplifies, Queen is grazed by the first shot, and the ensuing struggle ends with Slim killing the officer.

He declares, “I’m not a criminal,” she points out that “you are now,” and Queen & Slim takes off sprinting through the South in pursuit of truth, justice, and an escape from the American way. 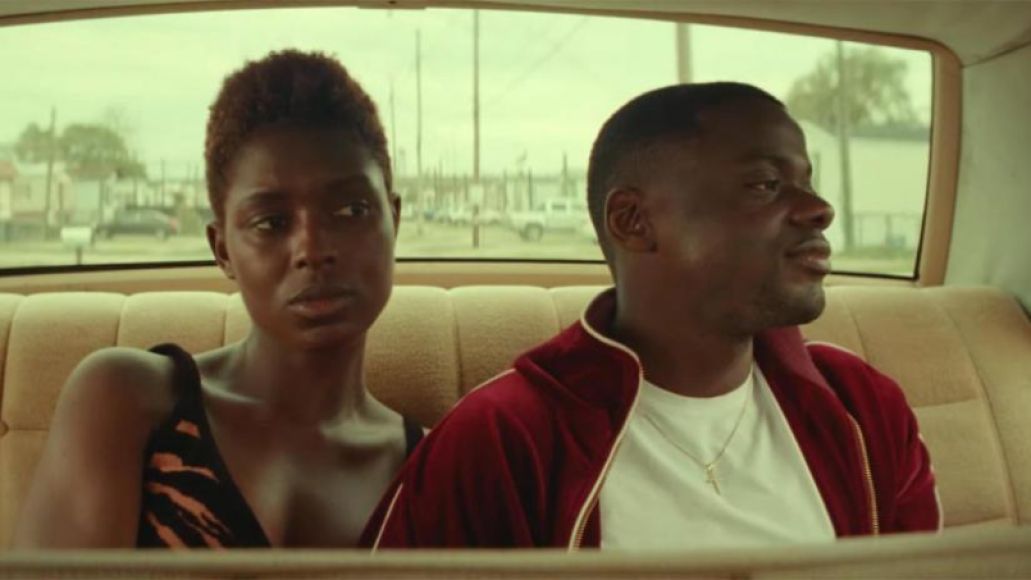 New American Pastoral: Queen & Slim is immersed in the visual language of the cross-country road movie, from the mood-capturing tracks on the radio to the unusual characters encountered along the way. But if there’s a particular text to which Melina Matsoukas’ feature debut owes a debt, it’s Lemonade, the companion visual album to Beyoncé’s game-changing LP. Matsoukas, a veteran music video and television director, was one of the minds behind that feature, which externalized the region-bending sounds of the album by turning the open skies and dilapidated roadside houses of so much Americana into specific and targeted portraits of black American life.

Her work here continues in that vein, building the film’s world from Southern Gothic houses and back roads as its unlikely twosome flees from one potential safe harbor to the next. There isn’t much room for respite or safety, not when they’re on the run for the killing of a cop, but Matsoukas still finds ample time for grace notes throughout. A stop to fix a busted engine opens into a conversation about the strength of inspiration while a quick journey into a mini-mart adopts the sudden menace of a horror movie while dabbling in offbeat dark comedy. Much of the most compelling material can be found in the various ambling interludes, where Matsoukas’ direction and Lena Waithe’s screenplay flesh out a corner of the country that’s alternately empathetic to and scornful of their plight.

The film’s America is built from contradictions. There are sympathetic cops and duplicitous neighbors, everyday people who understand exactly why they did it while the news frames them as cop killers on a spree. Those contradictions extend to Queen and Slim, who spend much of the film living in a space between fear and liberation. The police won’t, and will never, stop coming. Yet, Queen comes to discover a yearning for a strange kind of freedom that no less a tragedy could provide, and Slim finds the power that comes with growing into himself. Queen & Slim is defined by these subtleties, and if they do leave the occasional scene feeling underdeveloped, it’s still the rare modern-day studio film that trusts in its audience to connect with it on its own terms. 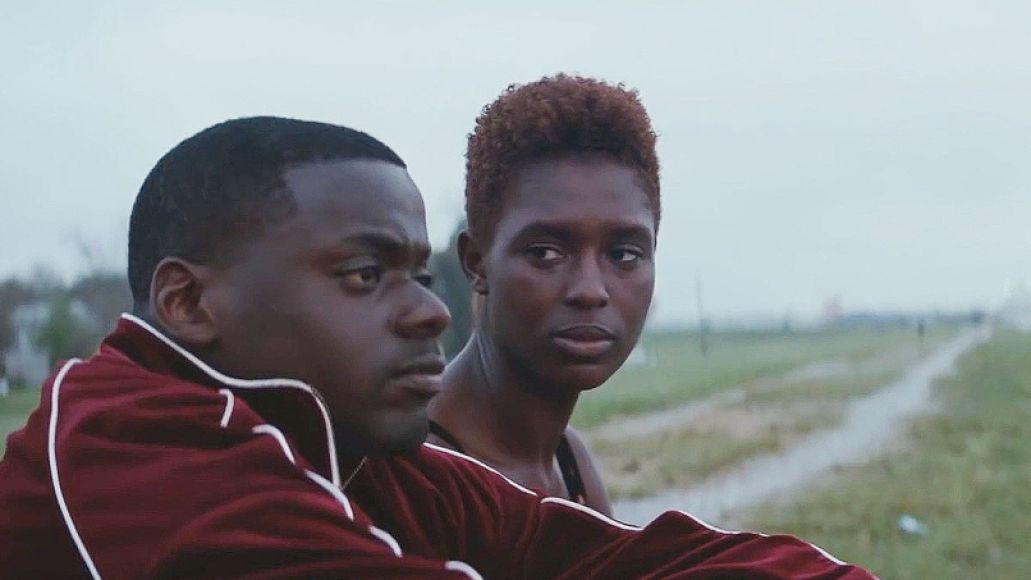 ’19 Bonnie and Clyde: On the topic of connection, the chemistry between Turner-Smith and Kaluuya is undeniable, the performers gradually introducing their personalities through how they connect with each other. Turner-Smith is a formidable presence in her first big-screen leading turn, sketching Queen as the type who’s become highly successful in life by remaining 10 steps ahead of everybody else at all times. Waithe shrewdly avoids situating her as a woman in need of loosening up; the realities of Queen’s life are such that when Turner-Smith instinctively cuts straight through double talk and sidestepping, it’s less a quirky character trait than a studied method of ensuring that nobody can get the drop on her. Turner-Smith eventually allows a vulnerability to show through Queen’s more guarded tendencies, but it’s never at the expense of the person she was when the film began.

Kaluuya is equally effective at tracking Slim’s forced evolution from an affable Joe to a man needing to inhabit a public idea about himself out of necessity. There are advantages to being respected and feared, and the actor is able to capture the boyish sweetness still hovering just behind the more imposing mask, even as the line between the two grows blurrier as the film progresses. Apart, the performances are impressive, and together they make for an excellent leading duo, each sharpening each other even as they begin to let down their respective defenses. They’re keeping each other alive, while helping each other to grow in ways that respect what each of them wants to be. That’s the skeleton of any great love story. 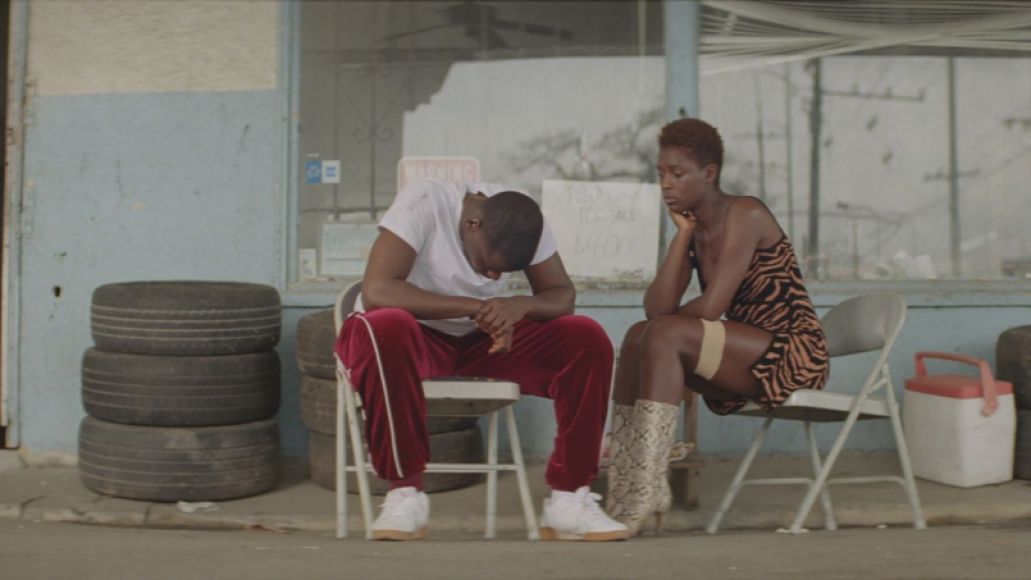 The Verdict: If Queen & Slim finds the audience it deserves, there’s bound to be some talk of the film’s loaded vision of criminal lovers on the run; namely, its near-total lack of interest in exploring the morality of their actions. For a film that generally underplays its beats to notable effect, it is unequivocal about how audiences are meant to understand that opening sequence and who the heroes and villains of the exchange are. Perhaps its most radical idea is the suggestion that nothing is more objectively, beyond-debate evil than a racist cop exerting his power over innocent people and that whatever fate befalls him is of his own doing. He’s left in the snow. This isn’t his story.

Instead, it’s the story of the people whose lives he irreparably altered, the ones who have to figure out what their brand-new futures will be at speed. (Slim suggests fleeing to Cuba, like Assata Shakur before them.) Queen & Slim is a traditional road movie with decidedly untraditional inclinations, a romance framed against stark realities. But it’s equally a political act, a film whose very existence demands questions about the ways stories like it are typically told, from whose perspective, and perhaps most valuably of all, for what audience. Inside the film and outside of it, Queen and Slim are and will be framed as whoever onlookers decide they are. But simply by existing, they could also become legends.

Where’s It Playing: Everywhere, just in time for some rich Thanksgiving dinner conversation.