This review was originally published in September 2019.

The Long Road: For a while there, The Irishman seemed like it was a dream that would never come true. Back in mid-2016, it was reported that the film, pitched as a legendary reunion between Martin Scorsese, Robert De Niro, and Joe Pesci that would also, somehow, be the first time the director has ever worked with Al Pacino, would be financed by Fabrica de Cine and released domestically by Paramount.

As the budget climbed and climbed, by early 2017, the financier bailed, Paramount gave it up, and Netflix with its abyss-like pockets swooped in like a hawk to buy it for $100 million *and* finance its budget, which had by then ballooned to $125 million. By March 2018, the budget increased again to $140 million, mostly due to the new technology for its visual effects, and the final tally is reportedly a cool $159 million.

Was it all worth it? Abso-cocksuckin’-lutely. 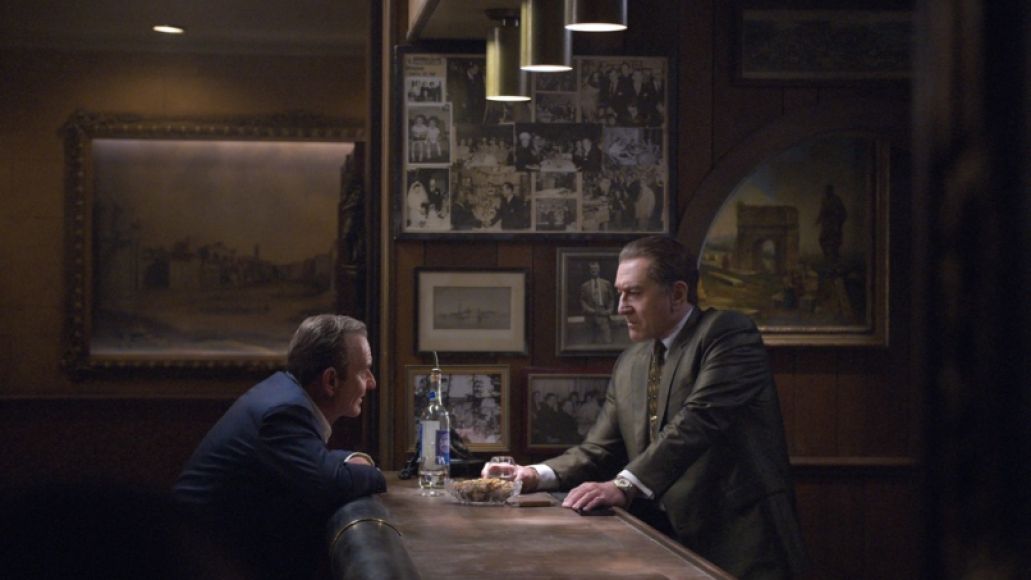 Joe Pesci and Robert De Niro in The Irishman

The Pitch: Scorsese. De Niro. Pesci. Pacino. What more needs to be said?

The Irishman, based on the book I Heard You Paint Houses, is a three hour and 29-minute true crime epic set in post-war America. It’s told through the eyes of WWII vet Frank Sheeran (De Niro, his best work in ages), a hitman who worked alongside some of the most notorious figures of the 20th century, like Russell Bufalino (Pesci).

Spanning several decades, the film chronicles one of the greatest unsolved mysteries in American history — the disappearance of legendary union boss Jimmy Hoffa (Pacino) — and offers a look at the inner workings of organized crime, its rivalries, and connections to mainstream politics.

Intricacies of the plot aside, The Irishman is about mortality. Not only of its characters, but also the performers and, most importantly, Scorsese himself. This is Marty meditating on his legacy, and it’s an absolute joy to watch the man who made Goodfellas and Casino take the genre he’s already mastered to its new heights. 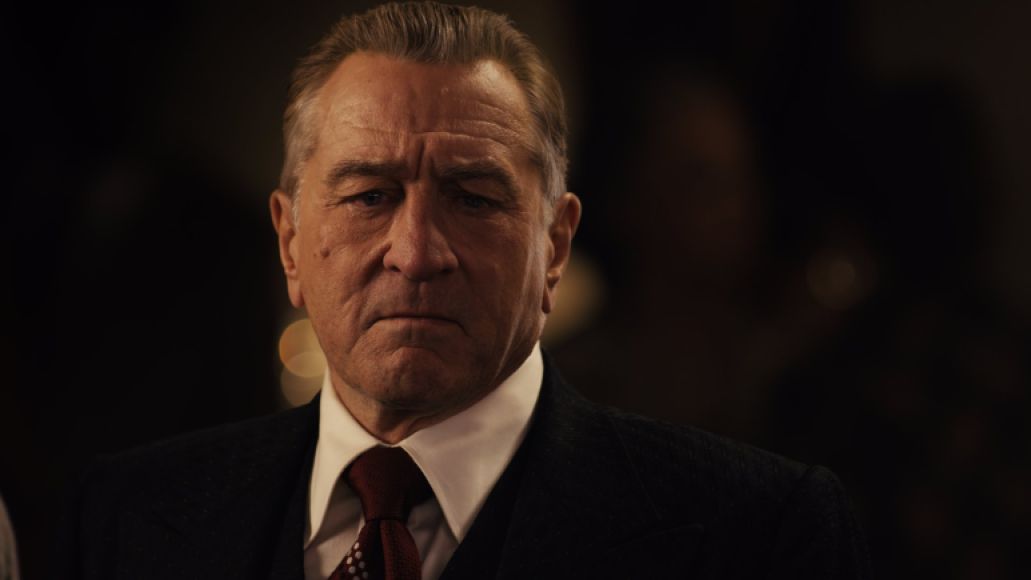 Is It Any Good? What makes the movie really stand out, even in the director’s vast oeuvre, is that melancholic, reflective approach. We follow one man’s life and all the decisions he makes, conscious and unconscious, that lead to him to the only possible final destination. That can be said of a number of other Scorsese pictures, too, but none are as profoundly sad as this. The Irishman is two-third’s Goodfellas and one-third Silence. The third act’s whole “you’ve made your bed, now lie in it” energy is not cynical, but thoughtful, and it works so beautifully that it choked me up by the end.

I’ve harped on the movie’s sad streak enough to have to say that the movie is every bit as fun as The Wolf of Wall Street and Goodfellas — we’re still along for the crime-ridden ride, and the movie’s as hilarious and violent as you’d expect from the director. There are so many memorable scenes, sequences, and lines that I’m driving myself crazy trying not to spoil any of them here.

But what really makes the movie sing are, of course, the incredible performances.

De Niro is in top form, and it’s really hard to believe this is the same guy who can barely string a coherent sentence together when reading from a cue card on SNL. He hasn’t been this good in years, and his rather understated performance really carries the movie. 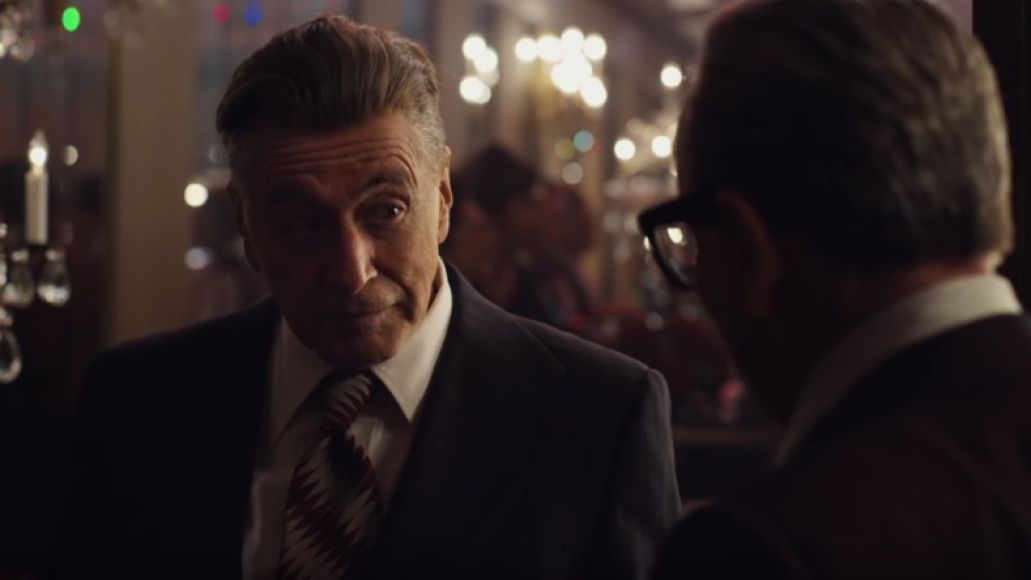 Al Pacino and Joe Pesci in The Irishman (Netflix)

Pesci, who announced his retirement from acting in 1999 and has appeared only occasionally in films since then (including De Niro’s The Good Shepherd in 2006), returns to the screen in a supporting role sure to net him another Best Supporting Actor Oscar nomination. (Perhaps a win, though it’s going to be a tight race in that category.) Pesci lights up the screen whenever he appears, and it’s a delight to see him on screen again, especially with Scorsese behind the camera and De Niro also in front of it.

On a side note: If the Best Supporting Actor Oscar came down to Pacino and Pesci, I have no idea who I’d support. Both performances are transcendently good … but only one character gets to scream at the top of his lungs about his hatred of the Kennedys, so maybe Pacino’s Jimmy Hoffa wins by default? Pacino is gleefully Pacino-y here, and gets to call people “cocksuckers” upward of two dozen times. Cinema at its finest! 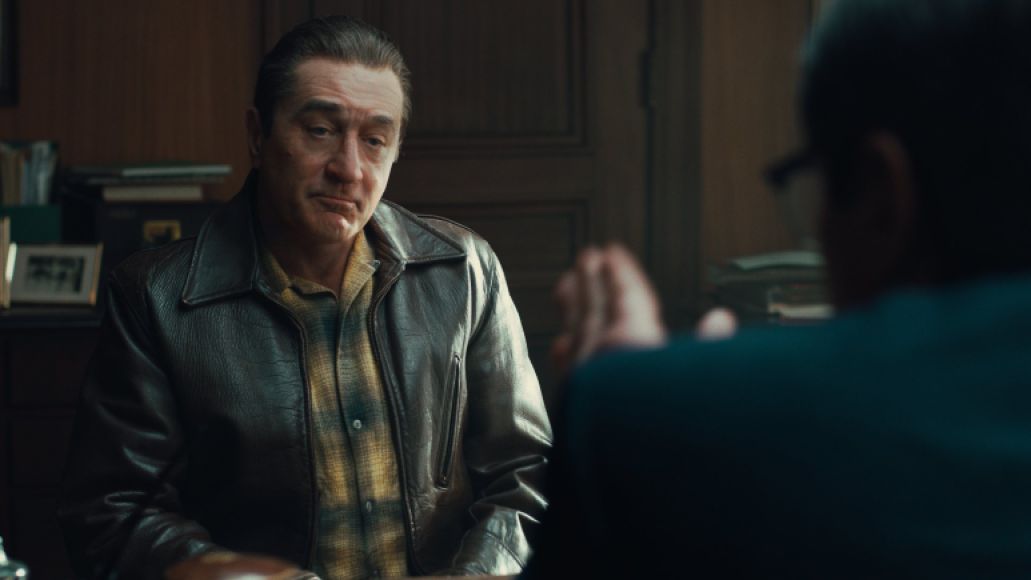 The Technology: The movie’s sprawling, ambitious structure is partially to blame for its enormous budget, as visual effects legends Industrial Light & Magic took it upon themselves to develop an entirely new technology to accommodate Scorsese and his performers.

“Marty said to me, ‘One thing I know for sure. Bob’s an actor’s actor. Pacino and Pesci as well. They’re not going to wear a helmet with two little cameras and markers all over their faces for something like motion capture to make him look like his younger self,” Pablo Helman, visual effects supervisor, says in the film’s production notes, provided by Netflix.

The camera system and companion software system that ILM developed captured actors’ facial performances on set among other actors, without helmet-mounted cameras or visible tracking markers — and translated those unaltered performances to full 3D computer-generated versions of the actors’ younger selves.

When the first images from the film dropped online mere days ago, they included one of a de-aged De Niro, and it quickly went viral, with many calling out the awkward effect and comparing it to old video game graphics. 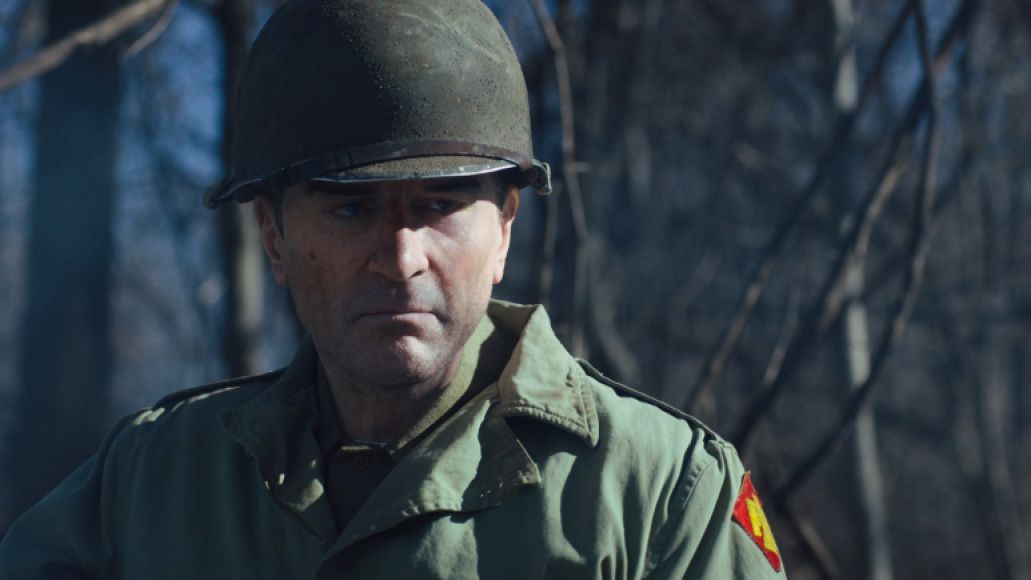 I am thrilled to report that, in the context of the film, the de-aging effect is jarring for only the first scene or two before you completely forget about it. The film itself is so engaging and engrossing, and the performances so rich, that the CGI magic works exactly as intended, seamlessly transporting the viewer to a different era without swapping out the actors for their younger stand-ins.

There are occasional flashes of that surreal, uncanny valley feeling like when, say, younger De Niro’s face appears to be doing a bad comic’s impression of a young De Niro (you’ll know the expression when you see it), but they are few and far between, and the effect is mostly stunningly effective. For every other performer, though, it’s damn near-perfect, and maybe the De Niro effect is due to the fact that he’s on screen almost the entire time.

(Read: The Scene in The Irishman We Can’t Stop Thinking About)

Verdict: At age 76, Scorsese has made a movie about getting old and coming to terms with the question, “What was it all for?” He gives the audience exactly what they came for, but with a new sense of maturity that only comes from years of experience and self-reflection. The Irishman is a remarkable achievement that proves the best may have yet to come from one of the most essential American filmmakers to ever live.

Where’s It Playing? The Irishman hits limited theaters on November 1st and Netflix on November 27th.