After an extended break, FKA twigs has returned with her new album MAGDALENE, out now through Young Turks. Stream it below via Apple Music or Spotify.

With the aid of co-producer Nicolas Jaar, the follow-up to 2014’s LP1 and 2015’s M3LL155X EP was completed over the course of three years and as many locations: London, New York, and Los Angeles. The songs were built from a vulnerable space, following both physical and emotional distress, in part from very public celebrity break-ups (including with Shia LaBeouf, whom she met on the set of Honey Boy) and a health scare.

Over the last several months, the singer/dancer has unleashed singles including “Cellophane”, the Future collaboration “Holy Terrain”, “Home with You”, and “Sad Day”. The tracks are vast and kaleidoscopic, grazing dark edges of pop, but twigs has a way of folding genres into her own dynamically unique world, oftentimes equipped with stunning visuals and choreography.

Speaking in an interview with BBC Radio 1’s Annie Mac, FKA twigs explained how her live performances and music have come together for this album in a way that signals a new stage in her career:

“For me the biggest… I don’t want to say challenge, but a part of the jigsaw that has come into place on this album, MAGDALENE, is just working out how I can bring my toolbox, my artistry in a natural way that doesn’t feel forced. I think it’s interesting… to be able to show different sides of myself as a mover or as a singer. To be able to start writing for my voice more, to be able to have movement that feels original to myself and to my amazing dancers and creatives I have around me. It’s just all a process. I feel that during the MAGDALENE experience, for me, I’ve just grown a lot. I feel that it’s the beginning now in a way, even though LP1 was really special. I called it LP1 because I wasn’t sure if it should have a title, and this is my first titled album. That feels really poignant for me. In a way I feel like it’s starting again now.”

Stream the full record below. FKA twigs still has a handful of upcoming tour dates, and hopefully she’ll bust out the acrobatic moves she flawlessly pulled off during her recent Fallon performance. Get those tickets here. 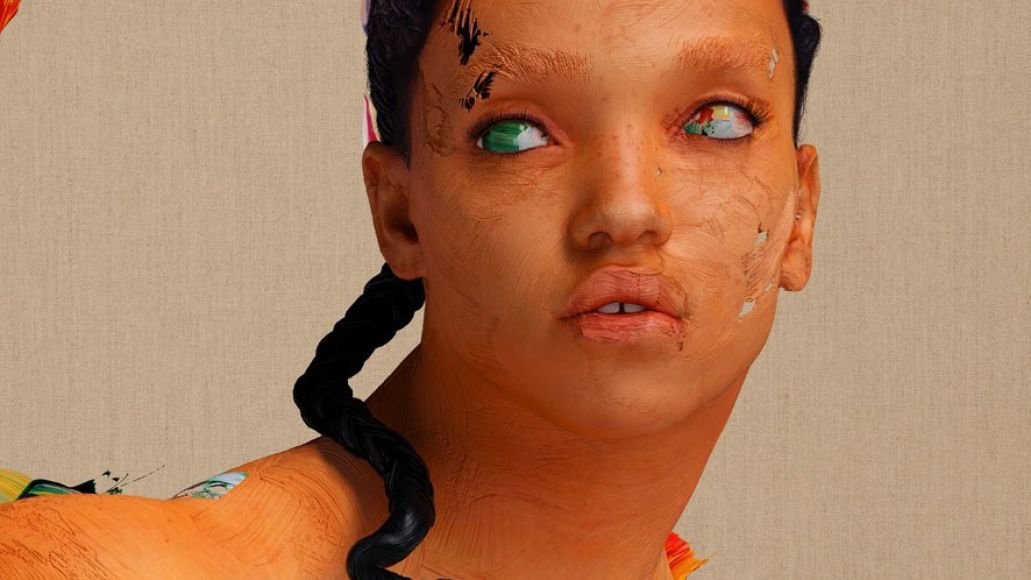