Grimes is finally ready to unveil her long-awaited album: Miss_Anthropocene will arrive on February 21st, 2020 via 4AD. Update: Grimes has also shared the album’s artwork and tracklist, which you can see below.

As the latest preview of the forthcoming release, Grimes has unveiled a track called “So Heavy I Fell Through the Earth”. There are actually two versions to choose from: a four-minute radio edit dubbed the “Algorithm Mix”, and an extended six-minute “Art Mix”. Take a listen to both below.

“So Heavy” follows September’s “Violence”, along with last year’s “We Appreciate Power”, which did not land on the final tracklist. Back in March, Grimes shared a demo of “Pretty Dark” from an upcoming AR Musical she’s been working on when she isn’t in her two-to-four-hour shift in the deprivation tank.

Miss_Anthropocene serves as the long-awaited follow-up 2015’s Art Angels. We consider it one of the best albums of the last decade, Grimes thinks it’s a “piece of crap”. 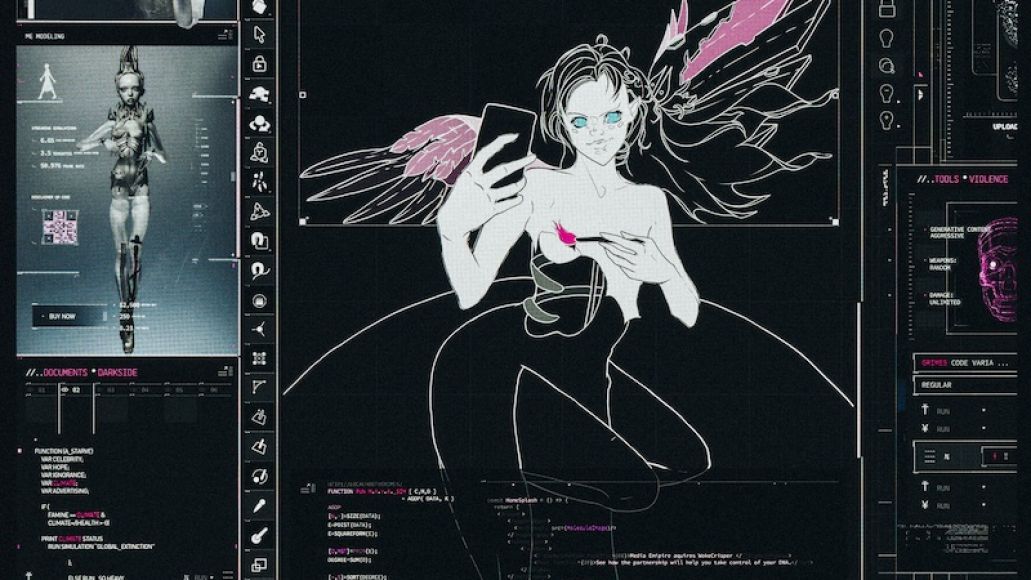