The Chicago home owned by Wilco frontman Jeff Tweedy was struck by several bullets early Tuesday morning, according to the Chicago Sun-Times.

Tweedy and his family were awoken around 2:00 a.m. after hearing a succession of gunshots. In a post to Facebook, Tweedy’s wife Susan reflected on the harrowing experience. “You know how every time you hear loud pops you think … was that fireworks or gunshots? Well, when it’s really gunfire there is zero question about it… especially when it hits your house,” Susan Miller Tweedy wrote.

“It was the loudest and scariest thing I’ve ever heard and set our alarm off. I called 911 and they either didn’t come or I didn’t see them, but while I was looking for them out the window upstairs, I looked down and saw that our house had been shot. A bullet went through the storm door to our balcony and lodged in the wooden door. We re-freaked out and I called 911 again. They finally came but basically just wrote a report and left. In the light of day today, Jeff found 7 shell casings outside. The police came and got them.”

Fortunately, no one was injured in the shooting, and the Tweedys do not believe they were intentionally targeted. Police officers are investigating the incident and have yet to make any arrests. 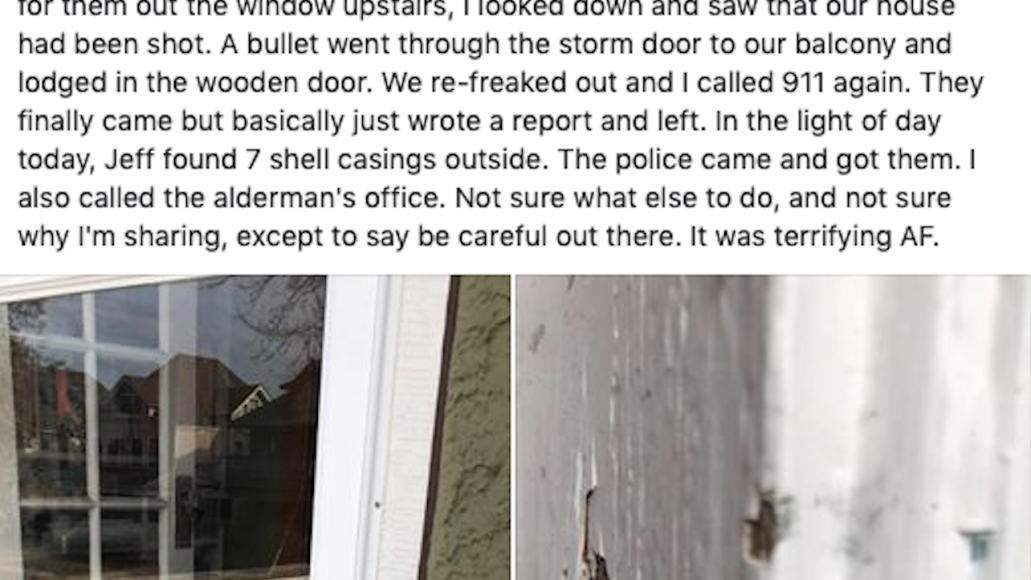