Jonathan Zazula, better known as Jonny Z, went from living in the projects of the Bronx to working on Wall Street to owning his own record store. That led to starting his own record label, Megaforce Records, which led to signing Metallica.

After selling metal records — first out of a corner in a flea market to running their own store called Rock N’ Roll Heaven — Zazula and his wife and business partner Marsha helped create the scene that guided many a young metalhead’s life. Through their store and label, they introduced fans to such bands as Metallica, Anthrax, Testament, Anvil, Raven, Venom, Manowar, and others.

In his new book Heavy Tales: The Metal. The Music. The Madness. — as told to author Harold Claros-Maldonado and featuring a foreword by Testament vocalist Chuck Billy — Zazula tells true life tales as a band manager, record store owner, and record label head. He describes the early metal scene, getting into the music business, and how he and Marsha were in debt and taking out mortgages just to finance Metallica’s debut album, Kill ‘Em All.

Heavy Consequence recently caught up with Zazula to discuss his new book and other topics. Read our full interview below.

I basically said, “What the f**k!” It was just so amazing. I stood there stunned, because music is my life. Everything was going off in my head, like this was the answer to America, just from the demo. And I said I’ve got to get involved with this.

On making friendships and connections through Megaforce Records

I’ve been pretty close to all my people. I wasn’t just the record guy behind the desk. I was out there on the battlefield for every little thing, I was in it. And we were like family. And that’s the vibe that I put out and that Marsha put out. If you couldn’t relate to me, you could relate to Marsha. We had just good times, and the good times with some of them continue into today. I could call anybody and talk like it was yesterday.

On stepping away from Megaforce Records

I took a break. The reality of life is, I was pretty much in retirement at a young age until Metal Maria [Ferrero] came to me and said, “Let’s start a management company together [called Breaking Bands].” And I felt pretty much like I couldn’t turn that opportunity down. Chuck Billy and I, and we gave that a go. It wasn’t really until 2015 that I came back into the business. And just prior to that, I did a benefit for Sandy, the hurricane that wiped out the Jersey shore. I went back to New Jersey and I had quite a great bill with TT Quick, Anvil, Raven, The Rods, which was a great show. We raised quite a bundle for the people who were waiting for money from the government forever. And that really inspired me to get back. Now I’m 67 years old. I’m still ticking, but I have to take care of Marsha, she’s not feeling so good these days. I’d rather be focusing on her and being with my buddy than being out there killing dragons. I’ve had nothing to do with Megaforce since 2001.

On keeping his language throughout the book

That was the whole purpose of the book, to sound like me telling a story. I am not Stephen King; I’m not a great writer. I just wanted to do my best, but I wanted to make it real. A lot of people say, ‘Jonny, people don’t talk like that’. And I said, ‘Well, I do,’ and this is what I do. You should’ve seen my run-on sentences! I had only two paragraphs and my editors had to come in and they thought there’s got to be a point where my first-grade education doesn’t have to be evident to the entire planet! (laughs) So, they patched me up pretty good. Harold [Claros-Maldonado], the co-writer, what a great job he did.

On advice about getting into the record business

I think the key is to get the band to where they could play live and support themselves on the road. I think it’s the record companies’ job to get them enough fire under them to make it happen. It’s not like we used to spend $150,000 to $500,000 to make a record. It was $36,000 to $40,000. Records are being recorded today for $3,000 to $10,000, some $15,000. But the reality of it is, you need money for marketing. You must have money for marketing and marketing just doesn’t mean online. It means big pictures of your band all over the place, wherever you look. I’ve seen some bands who’ve put up some stupid pictures, but when they want to sell themselves, they got to put up the good pictures. That’s what it’s all about. Don’t come to play the game unless you come to win at all costs. That’s my greatest advice. If you don’t have any money, you may be at a great disadvantage. Not everybody is as blessed as I was.

On the overall vibe and appearance of the book

You see what was in my mind. You’re holding what’s in my mind. That’s what I wanted to create; the paper like that, the print like that, the photos like that. Not photos of me with every band and all that shit, but pictures of the people who made the history with me, the pioneers. They’re all in that book. I did have a very good company that helped me format the book. That was all done intentionally as exactly how I like it. That’s how it came out. And you notice I published it myself. I didn’t want to put it in bookstores or anything. It’s only available online.

On being diagnosed as bi-polar and manic depressive

There was a lot of self-medicating through the wrong substances, but it just means insane episodes. Either way, you never know which way you’re going to go. After much professional treatment, through a psychiatrist, etc., I did get the right combination that got me level. And I’ve been level for quite a while. Of course, I still go dark, but I come out of it within a day or two, not for months. I had to deal with this while things were going on and nobody cares how you feel or what kind of day you’re having in the music business. They want you no matter how you feel, they’re very selfish about that. That’s why people do whatever they can to balance themselves so they don’t go off the edge.

On current bands who have caught his attention

There’s [no one] that I’m going to get involved with on a business level. On a social level, I help a lot of people out and I talk to people today, but I want no money for it. I don’t want to deal with that. That ruins everything. So, I just try to help bands out. I love Arch Enemy. I really, really love that band. And there’s a band in France called Arcania, they’re really good, man. There’s others, too. Everybody should be heard. You never know when you listen to a band and all of a sudden you say, “What the f**k?!”

Our thanks to Jonny Z for taking the time to speak with us. Pick up his new book, Heavy Tales: The Metal. The Music. The Madness., available through Amazon or JonZazula.com. 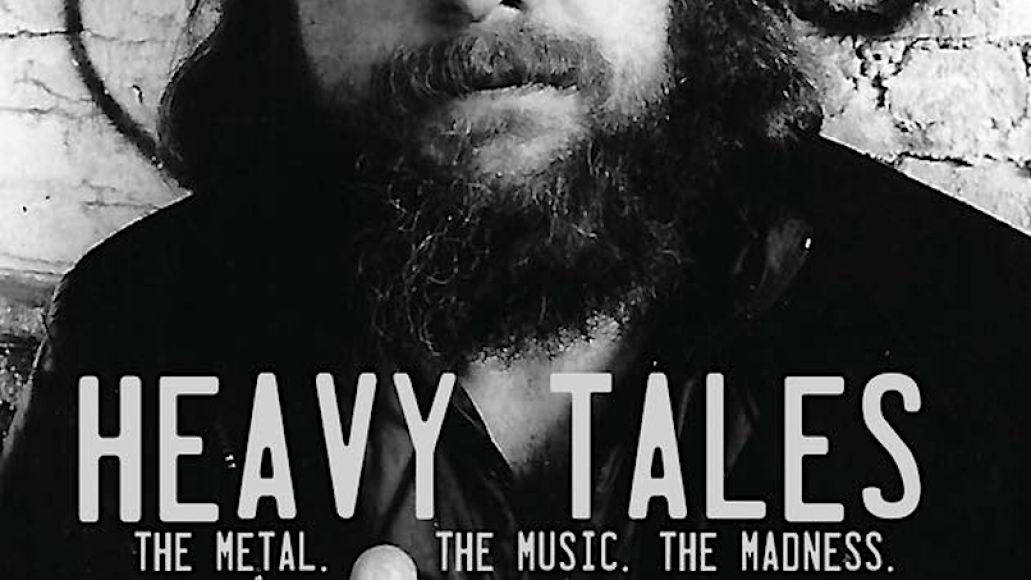