Start grinning like Chris Evans: The score to Rian Johnson’s Knives Out is heading to vinyl. Mondo and Cut Narrative have announced a swanky release of Nathan Johnson’s score to the star-studded whodunnit — and we’ve even got an exclusive preview.

Pressed to 2×180 gram LP, the expansive set includes three bonus tracks and comes housed in a beautiful package designed by Jay Shaw that features a die-cut window and contains one of nine randomly inserted “Suspect” cards. How fitting.

“When you’re working with a dialogue- and plot-heavy script like Knives Out, you want to make sure you’re not stepping on toes with the music,” Johnson says of the score. “Rian and I talked early on and we knew this score needed to be really scored. In other words, precisely written to move around the dialogue on screen. I began to think about it as a sort of choreography where the music is the supporting partner to the dancing actors. I’m changing tempo all over the place and the dynamics are constantly shifting because it’s so important to hear every word.”

(Film Review: Rian Johnson’s Knives Out Modernizes the Whodunnit for 2019)

In anticipation, Consequence of Sound has the exclusive on Side B closer “The Dumbest Car Chase of All Time”. The sweeping and whimsical track should no doubt whet your appetite for the murder mystery, particularly its athletic use of strings.

Speaking on behalf of the track, Johnson tells us: “This scene called for something exciting and stressful, but it clearly didn’t want modern action music. Which is a fun challenge. You can’t just play against the excitement on-screen, you’ve also got to legitimately have something driving and pushing everything forward. It’s an interesting balance, but we got to be a bit subversive by giving the pulse a half-time feel and then injecting some of my favorite sensibilities that were alive in those classic scores from the ’50s and ’60s. I wanted to put most of the excitement up in the top end, so the quick rhythms of the brass and winds drive the piece rather than the drums and basses.”

Stream it below and peruse both the album artwork and tracklist shortly after. Sold? The soundtrack will go on sale starting Wednesday, November 27th at 12pm CT via mondotees.com, the same day the film hits theaters. 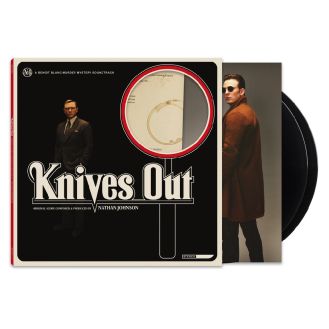 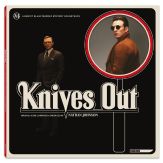 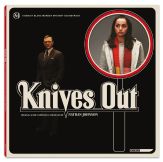