Le Butcherettes have announced their latest EP, Don’t Bleed. Due out Valentine’s Day, February 14th, the seven-song effort is being previewed today with the new track “Tunisia”.

Produced by “the mysterious entity by the name of Violeta Félix,” Don’t Bleed was recorded in Le Butcherettes’ homebase of El Paso, Texas. The band’s Teri Gender Bender described the EP’s title in a press release as having “a powerful double meaning of being told not to bleed as a woman and feeling shame of blossoming, so with time we are manipulated to hide in the darkness and our blood calls out to the forest creatures pulling them in closer to us for the hunt, even if we hide we are exposed.”

Lead single “Tunisia” indeed pumps like blood through a stalking heart. The synth-heavy cut teeters between electronic menace and bass-driven resolve as Gender Bender sings of realizing how truly insignificant an individual is in the grand scheme of things: “Thought I’ve seen all of it/ Guess we’re just a small part of it all.” As she explained of the song in a statement,

“Yet…another country not visited. There is another world outside our own. Realization that the universe is bigger than one can ever fathom. There is still so much to discover yet the more we learn, the less we know so instead of focusing too much on the rational maybe it’s okay to let go of all the rational and maybe just maybe accept that we are nothing at all unless we choose to become one with all.”

Listen to “Tunisia” below, and pre-order Don’t Bleed via the band’s merch store.

Meanwhile, Le Butcherettes are currently on the road with Incubus for their “Make Yourself 20th Anniversary Tour”. Get your tickets here. 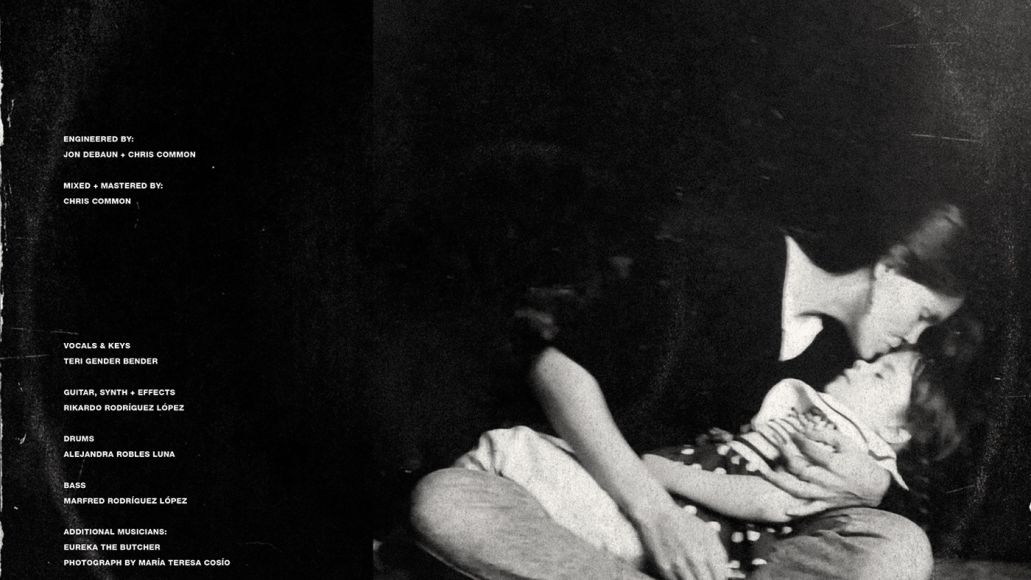