Less than a week after Liturgy announced their new album H.A.Q.Q., the experimental metal band has released the entire LP digitally. The surprise drop coincides with Liturgy’s current West Coast tour and the performance of frontman Hunter Hunt-Hendrix’s opera, Origin of the Alimonies, in Los Angeles.

H.A.Q.Q. is available now for download and streaming on digital platforms. A physical release on vinyl and CD is slated for February 21st.

According to the press release for the album, H.A.Q.Q. stands for “Haelegen above Quality and Quantity,” and represents Hunt-Hendrix’s “uniquely Marxist and psychoanalytic vision of God.” The philosophically dense album artwork — Hunt-Hendrix’s “System of Transcendental Qabala” — would take a college degree to decipher, and the music contained within is just as complex and decisive. Blasts of yearning black metal are separated by glitchy piano solos, with the record leaning more toward the atmospheric overtones and vocal style of 2011’s Aesthetica.

H.A.Q.Q. was recorded by Seth Manchester at Machines with Magnets in August during a creatively fertile period for Hunt-Hendrix and Liturgy. In addition to H.A.Q.Q., the soundtrack for Origin of the Alimonies is also planned for release in early 2020. We’ve already heard the “Apparition of the Eternal Church” from the opera, which premiered last fall in Brooklyn and will see its second performance on Saturday at REDCAT in Los Angeles.

With Liturgy fever in full swing, Hunt-Hendrix is making his debut gallery exhibition at Libertine in Los Angeles from November 23rd to January 11th. Entitled “PERICHORESIS”, the exhibition further delves into the artist’s hyperspecific philosophies. And if you’d like to better understand what Hunt-Hendrix is getting at, there will be a lecture and demonstration the day after the exhibit opens.

Downloads for H.A.Q.Q. are available via multiple platforms. Stream the full album with the YouTube playlist below. 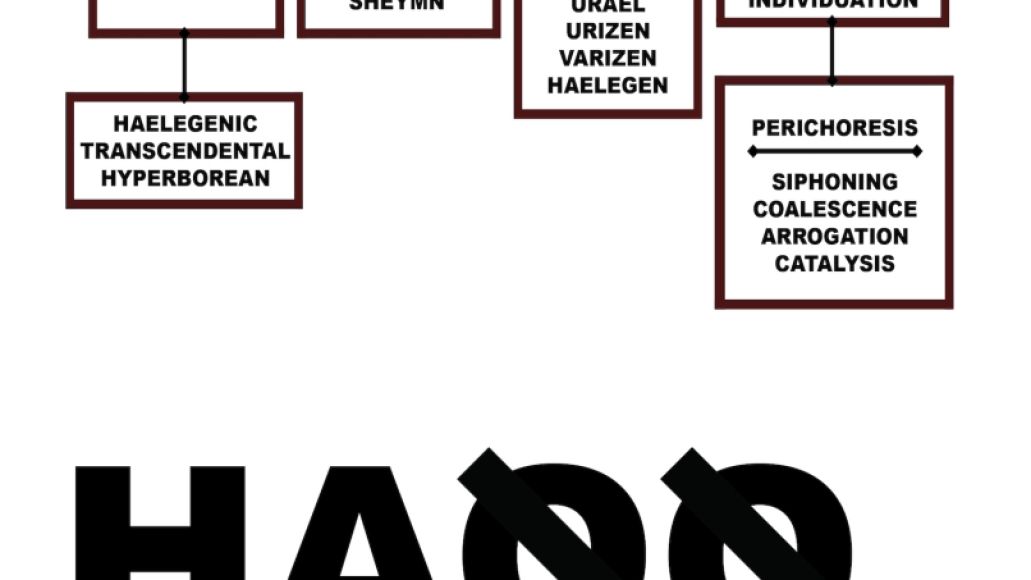